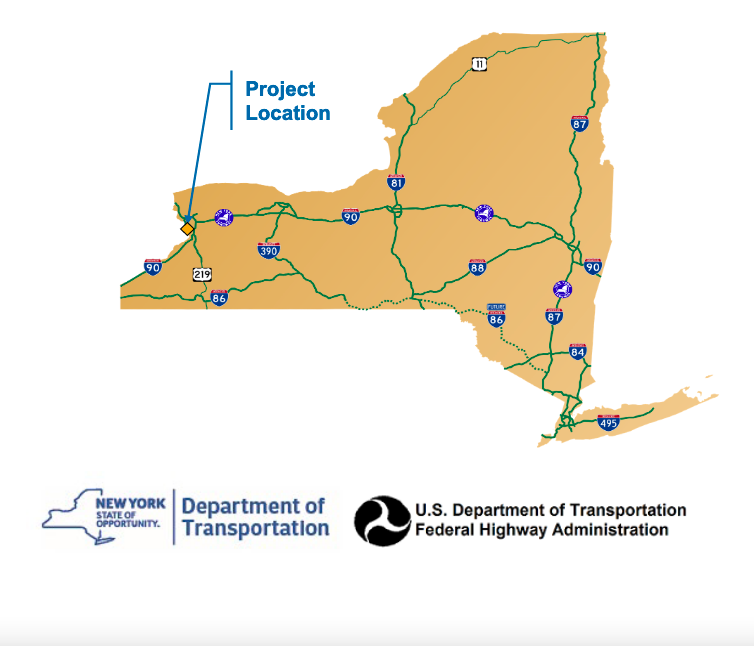 Gov. Kathy Hochul on Tuesday announced the completion of the final scoping report for the Kensington Expressway project in east Buffalo.

Her team said, “The report is an important step in the environmental review process and takes into account various factors – including community input – to determine the project's parameters. The report determined that the construction of a six-lane tunnel with improved community connections at street level will best meet the project's goals and should be further studied.

“Additionally, the report determined that the limits for the Kensington Expressway project should be extended an additional 600 feet to reach from East Ferry Street to Sidney Street.

“The report's completion will allow the State Department of Transportation to begin the formal environmental assessment and preliminary design process.”

Hochul said, "The Kensington Expressway project is a once-in-a-lifetime opportunity to correct an egregious planning failure of the past and give the residents of east Buffalo the connection to one another and to green space they have been deprived of for far too long. This scoping report is a product of the ongoing partnership that exists between the state and the community as we undertake this important project and work to reconnect these divided neighborhoods, creating a stronger Buffalo for all."

A press release said, “Constructed during the 1950s and 1960s, the Kensington Expressway replaced what had been a grand, tree-lined boulevard – the historic Humboldt Parkway designed by Frederick Law Olmsted – with a below-grade highway that severed the connection between the surrounding neighborhoods. With up to $1 billion set aside by Gov. Hochul for this transformational project in east Buffalo, the neighborhoods that were wrongly divided by the Kensington Expressway's original construction will once again be reunited.”

Working in partnership with the Federal Highway Administration, DOT is advancing the environmental review process for this project and assessing opportunities to create new open public spaces, enhance bicycle and pedestrian safety, and address noise and air pollution as part of the environmental process. DOT is also assessing enhancements to the local roadways to facilitate safe vehicle operations within the reconnected neighborhoods.

The Kensington Expressway carries about 80,000 cars per day.

Hochul’s team said, “The scoping report, which was prepared by DOT in cooperation with the Federal Highway Administration, reviewed a range of potential concepts for the project and determined that construction of a six-lane tunnel between Dodge Street and Sidney Street was the concept that best fulfilled the project's objectives and should be advanced for further detailed study in the environmental assessment. Publicly accessible green space would be constructed on top of the tunnel, potentially including rows of trees and/or gardens, pathways, benches and other streetscape amenities. The tunnel would replace existing bridges at East Ferry Street, East Utica Street, Northampton Street and Dodge Street. The Best Street bridge would also be replaced.

“The project would also include reconstruction of Humboldt Parkway while implementing ‘Complete Street’ roadway design features. Tunnel ventilation and a potential air treatment system to treat tunnel exhaust would also be included.”

In developing the scoping report, DOT conducted extensive community outreach and held two public scoping meetings in June at the Buffalo Museum of Science. The meeting was followed by a 30-day comment period on the draft project scoping report. Nearly 200 comments were received by the community to help inform the department's decision-making process.

New York State Department of Transportation Commissioner Marie Therese Dominguez said, "Gov. Hochul has outlined a tremendous vision across New York state, reconnecting communities from the Bronx to Buffalo. The Department of Transportation is committed to turning that vision into reality with the Kensington Expressway project, but we can't do that – and we will not do that – without the community as a partner every step of the way. This scoping report reflects the invaluable feedback we have received thus far and will help us keep the momentum going as we undertake this generational project. From planning through construction, we will work with the east Buffalo community to reunite these neighborhoods and deliver on the promise of this generational project."

Congressman Brian Higgins said, "Following decades of talk, Gov. Hochul is delivering real action toward addressing the devastation caused by running an expressway through Buffalo's beautiful Humboldt Parkway neighborhood. This project should serve as a national model for reconnecting divided communities. We applaud this critical step necessary to get us to construction."

New York State Sen. Tim Kennedy said, "With this report finalized, another important step is secured in the transformation of the Kensington Expressway. This is a direct result of the ongoing collaborative conversations with the community, and of New York's commitment to correcting the injustices within our infrastructure that have divided neighborhoods and communities of color for decades. I'm eager to see the DOT's formal assessment and design process begin."

Assembly Majority Leader Crystal Peoples-Stokes said, "I'd like to congratulate and thank NYS DOT under the leadership of Commissioner Marie Therese Dominguez and Gov. Hochul for helping us obtain federal highway approval for the project scoping report. Reaching this critical point for the Kensington Expressway project is important, as it allows us to move onto the next phase. Expanding the project boundaries is a welcome surprise and unexpected holiday gift. I am happy with DOT's increased public engagement and excited that we are on schedule to righting a historic wrong."

Hochul's  $32.8 billion five-year DOT capital plan was adopted as part of the state's fiscal year 2023 budget. Her team said it “includes up to $1 billion to reconnect the east-west neighborhoods across the depressed section of the Kensington Expressway corridor in east Buffalo and reestablish the green space originally provided by Humboldt Parkway, without compromising the capacity of the important regional transportation link provided by the expressway.

“In addition to the Kensington Expressway project in east Buffalo, these projects include the reconstruction of the Bruckner-Sheridan Interchange at Hunts Point in the Bronx, converting the existing Inner Loop Freeway into a community boulevard in Rochester, construction of the I-81 community grid in Syracuse, and covering portions of the Cross-Bronx Expressway in the Bronx.”