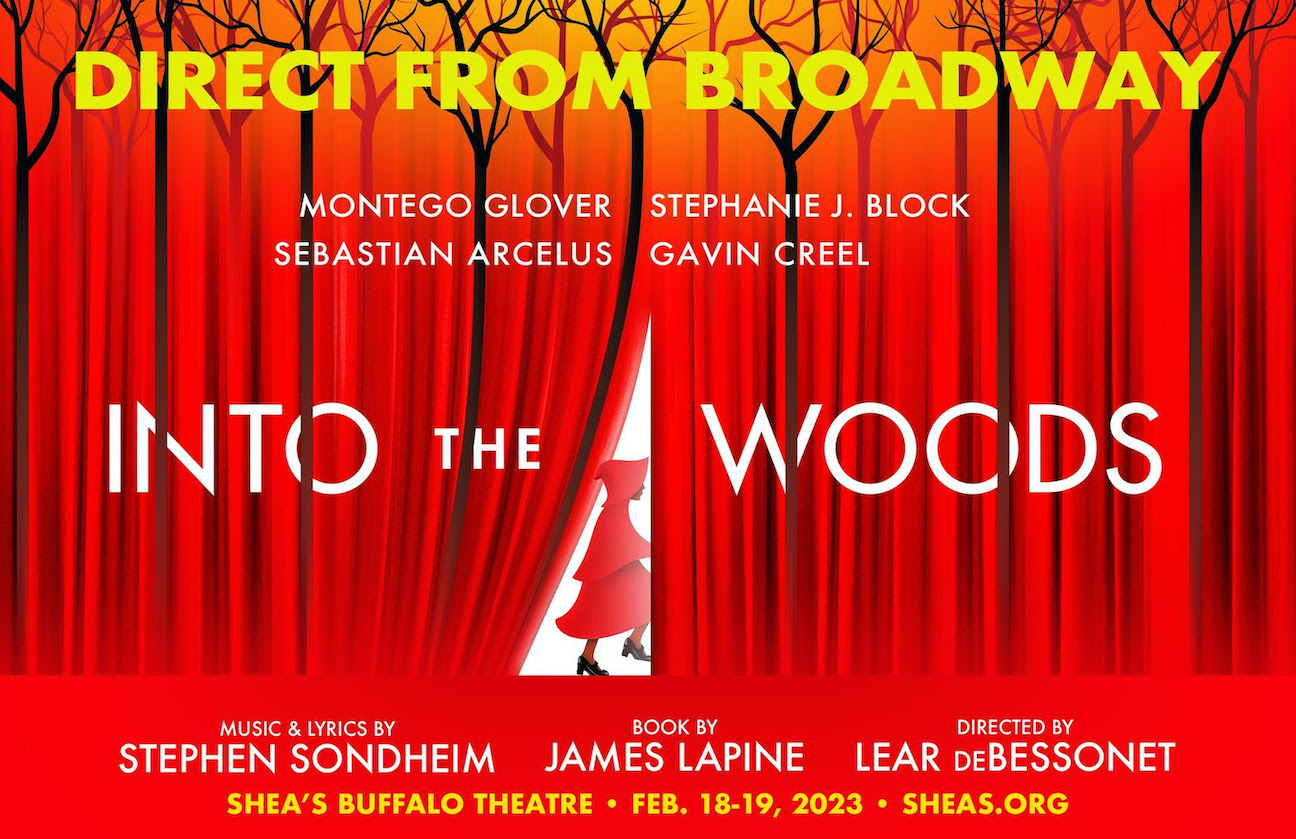 "Into the Woods" image courtesy of Shea's Performing Arts Center.

'Into The Woods' headed to Buffalo for exclusive, strictly limited engagement

The acclaimed Broadway production of Stephen Sondheim and James Lapine’s Tony Award-winning triumph, “Into the Woods,” will play a series of exclusive engagements across the U.S. in 2023 – including two performances in Buffalo.

Starring Montego Glover as The Witch, Stephanie J. Block as The Baker’s Wife, Sebastian Arcelus as The Baker, and Gavin Creel as Cinderella’s Prince/Wolf – reprising their Broadway roles – the strictly limited engagement will run from Feb. 18-19 at Shea’s Buffalo Theatre, with tickets available to the public beginning Dec. 20. Prior to its official opening at The Kennedy Center, “Into the Woods” will tech and rehearse at Shea’s Buffalo Theatre in the week preceding public performances.

“Into the Woods,” which became the first Broadway hit of the 2022-23 season after its sold-out run at New York City Center Encores!, is directed by Lear deBessonet, with music supervision by Rob Berman, and choreographed by Lorin Latarro. This production is dedicated to the memory of Stephen Sondheim.

The company will also include – direct from Broadway – Cole Thompson as Jack, Katy Geraghty as Little Red Ridinghood, David Patrick Kelly as The Narrator, Nancy Opel as Cinderella’s Stepmother, Aymee Garcia as Jack’s Mother, Ta’Nika Gibson as Lucinda, Brooke Ishibashi as Florinda, Kennedy Kanagawa as Milky White, Jim Stanek as the Steward, and Alysia Velez as Rapunzel. Further casting will be announced at a later date.

“Into the Woods” first premiered on Broadway in 1987, winning three Tony Awards including Best Score and Best Book. It has since been produced throughout the world and was adapted into a major motion picture in 2014. Following a sold-out New York City Center Encores! run in May, the production transferred to Broadway as a limited engagement in July, marking its first time on Broadway in 20 years. Following critical acclaim and audience demand, it was extended twice and will conclude its Broadway run on Jan. 8, 2023.

The performance schedule for Into the Woods at Shea’s Buffalo Theatre is 8 p.m. Saturday, and 1 p.m. Sunday. Tickets for “Into the Woods” start at $45 and will be available at sheas.org and the Shea’s box office, 660 Main St., Buffalo.

Presented by Shea’s and Albert Nocciolino.