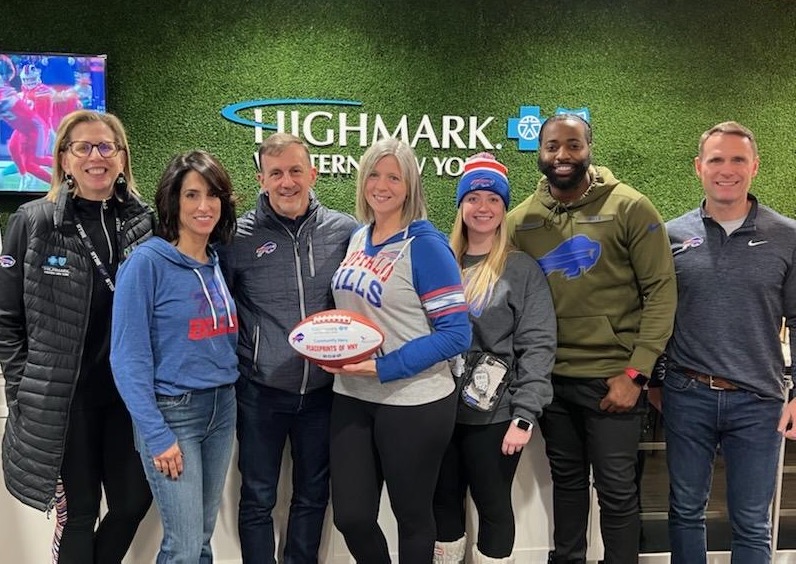 During Sunday’s victory against the Miami Dolphins, Highmark Blue Cross Blue Shield of Western New York and the Buffalo Bills announced Peaceprints of WNY as the “Highmark “Community Hero.

A press release said the program shines a spotlight on influential nonprofit organizations in the Buffalo community at each 2022 regular season home game. Organizations also receive a $2,500 donation and two tickets to the game.

Since 1985, Peaceprints of WNY has been providing housing to individuals reentering the community from incarceration, and offering rehabilitation and wraparound support services aimed at increasing client independence and decreasing recidivism. Today, the organization has expanded to provide resources and services to individuals at every stage in the justice system, with programs for youth 16-21, adults currently held in incarceration, and individuals who are returning to the community. Peaceprints also promotes advocacy and reform at all levels of government to change the way the criminal justice system functions.

The press release noted, “Buffalo is home to the second-largest returning population in New York. Peaceprints programs serve over 1,000 individuals annually across six counties in WNY. Their programs also offer support and hope to the families, friends and neighbors whose lives have been affected by the incarceration of a loved one.”