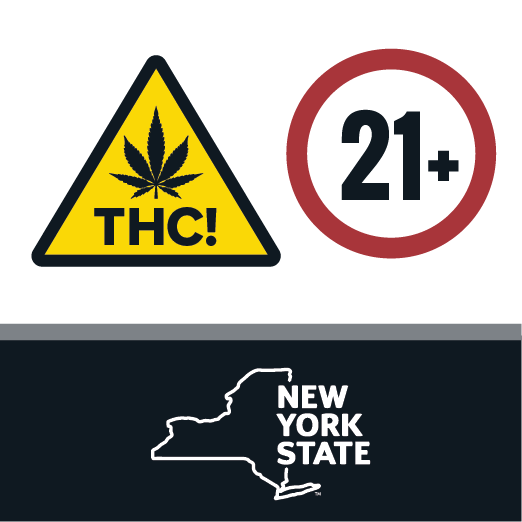 Gov. Kathy Hochul on Thursday unveiled a "New York State Licensed Cannabis Dispensary" verification tool that will be posted in the windows of legally licensed retail dispensaries, which are set to begin opening before the end of this year.

Her team said, “The designation will ensure consumers know they are buying from a dispensary regulated by New York state. A universal symbol on each product sold will also show that it is up to standards set by the state. The combination provides consumers certainty that they have acquired a tested, regulated product.”

Hochul said, "It's critical for New York's cannabis consumers to understand the risks of buying untested, illicit products, and to have the tools to guide them to the safer, legal market that's poised to open. These tools will help to protect public health and strengthen our ability to deliver the equitable cannabis market our law envisions. We will continue to work with our partners in municipalities across the state to enforce the law and shutdown illicit operators who are selling products that put New Yorkers at risk."

Hochul’s team said, “As stores continue to open in the first quarter of 2023, the state will also be releasing a public education campaign called ‘Why Buy Legal New York,’ which will explain the benefits of purchasing legal, adult-use cannabis for cannabis consumers in New York state. The campaign will discuss the risks of buying untested illicit products, and how those products undermine the goals of New York's cannabis law to build the most equitable and inclusive cannabis market in the nation.”

Tremaine Wright, chair of the Cannabis Control Board, said, "The dispensary verification tool unveiled by Gov. Hochul today, combined with requirements for the universal symbol on regulated products, sets us off on the right foot. It is critical that consumers know and trust that the new, legal cannabis market offers tested products, and follows protocols designed to protect public health. These efforts, combined with rigorous enforcement, will help build a stable, legal marketplace."

Chris Alexander, executive director of the Office of Cannabis Management, said, "We will use every tool available to strengthen the equitable, legal adult-use cannabis market we're building, and the dispensary verification tool Gov. Hochul unveiled today is one step in that process. Our enforcement team has been growing its partnerships and ramping up activity from Buffalo to New York City, and will continue to do so until these illicit stores and trucks are shutdown."

Hochul’s team said, “The dispensary verification tool unveiled today will be posted in the front windows of each legally licensed dispensary. It will include a QR code that can be scanned by consumers and local community members. Additionally, a similar version will be available for licensees who are looking to jump start sales through delivery.

“Every product sold will also include a ‘universal symbol’ designating it as a tested, regulated product. Consumers should check both the storefront for the dispensary verification tool and the product label to ensure they're purchasing a safer product. Examples of this ‘universal symbol’ can be found here, under ‘Packaging and Labeling.’ ”