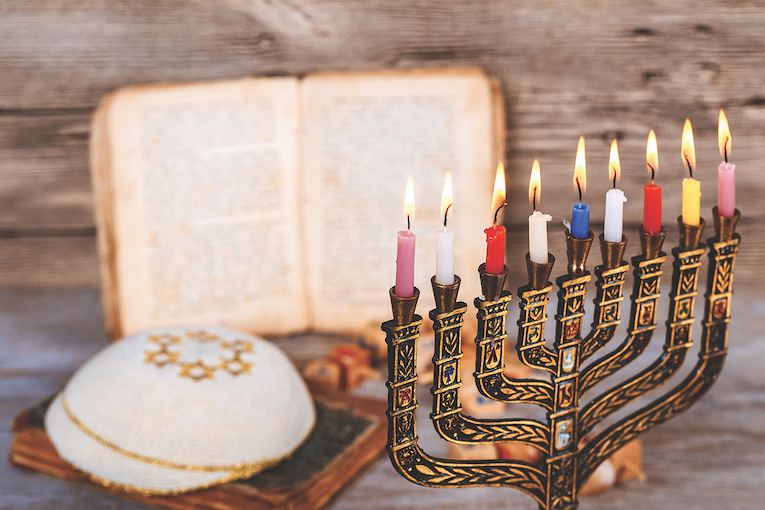 Chanukah is a relatively modern holiday in regard to the Hebrew calendar. Unlike Yom Kippur or Passover, which are steeped in rich traditions, there are few Chanukah customs.

Chanukah celebrants still participate in various customs each year, some of which are customized according to family preferences. While some traditions, such as the lighting of the Chanukah menorah, are familiar, others may not be as widely known – especially to those outside of the faith. Here’s a look at a select few.

•Saying the Shehecheyanu blessing: Traditionally, there are two blessings that some people say each night while lighting the candles. The first is recited while holding the lit shamash, and the second is said while lighting the candles. Another blessing, known as the “Shehecheyanu,” is said the first night. According to 18Doors, a resource on the Jewish faith, it’s the same blessing traditionally said on the first night of all Jewish holidays and other special occasions.

•Display or use of the shofar: A shofar is a type of instrument made from a ram’s horn. It is a symbol of the ram that Abraham offered as a sacrifice in place of his son Isaac, exemplifying heroic faith of the fathers of the Jewish people. The shofar also serves as a reminder of the destruction of the Temple in Jerusalem, and calls people to strive for Israel’s renewal and fellowship with God.

•Singing “Ma’oz Tzur”: Chanukah songs may not be as numerous or as widely sung as Christmas carols during the holiday season, but there are a select few that are part of the festivities. “Oh Chanukah Oh Chanukah” and “The Dreidel Song” are some of the most widely known songs, but some people also follow the custom of singing “Ma’oz Tzur (Rock of Ages)” around the menorah. The words were composed in the 13th century, and the song summarizes historical challenges faced by the Jewish people that were overcome with God’s help.

•Use of oil in Chanukah feasts: It’s well known that latkes, or fried potato pancakes, are served around Chanukah. The reason is due to the oil used to fry them, which traditionally is olive oil. Fried foods call to mind a specific Chanukah miracle. After the Greeks destroyed the sanctuary and defiled what was thought to be all of the oil, one jug sealed with the imprint of the High Priest was found. That one jug managed to keep the Temple’s menorah lit for eight days, despite it being insufficient to handle this task. This was considered a miracle and celebrated in subsequent years.

Chanukah is a relatively modern holiday with few traditions. However, the customs associated with this holiday are held dear.