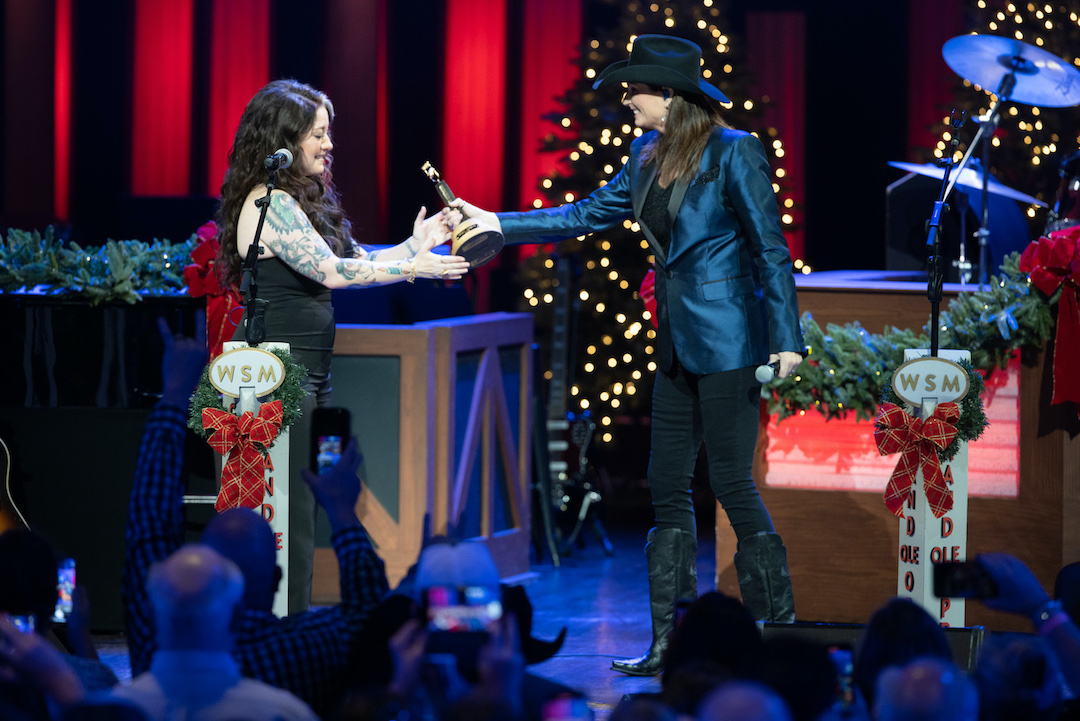 On the heels of multiple nominations from the Recording Academy, including her third consecutive nod for Best Country Album for “Ashley McBryde Presents: Lindeville,” recent CMA Award-winner Ashley McBryde was officially inducted as the newest member of the Grand Ole Opry on Saturday by fellow member Terri Clark. The induction moment came after Clark and McBryde collaborated on tune “Girl Goin’ Nowhere,” the song that had earned McBryde a standing ovation on the night of her Opry debut (June 16, 2017).

Clark said McBryde knelt to kiss the Opry circle on that debut evening.

“Right then we all knew you belonged here,” Clark said. “The Opry is a family and, my sister, you have earned your spot at the table.”

McBryde then began to speak about the magnitude of the evening and the many “How is this real life?” moments, including Wynonna Judd surprising her before the show.

“This moment is the biggest of my life. And if it’s your first time to be at the Opry, this is what it feels like every time you are here,” she said. “It looks like it’s made of brick and mortar, but it is pure, pure love. That is what you are experiencing. Thank you. I know what this means. I know what my responsibilities are, and I take this very seriously. And God bless country music.”

McBryde’s induction was followed by a collaboration with another CMA award-winner, surprise guest Eric Church. The pair sang fan-favorite “Bible and a .44.” A solo acoustic set from Church concluded the evening’s first show.

McBryde’s October invitation to join the Opry occurred during her live-on-air in-studio appearance on “CBS Mornings” in New York City. Garth Brooks, who was live on the stage of the Grand Ole Opry in Nashville, made the virtual surprise invite and it marked the first time Brooks has invited someone to become a member. He remarked McBryde would be, “part of a family that keeps growing.”

“What a great night for country music, and what a great addition to the Opry,” Opry Executive Producer Dan Rogers said. “Watching Ashley on stage tonight, I think almost everyone in the room, as well as those tuned in, could feel a collective approving nod from those who have come before, as well as the sense that the future is wide open for this new member, and for this show edging closer to its landmark 100th year.” 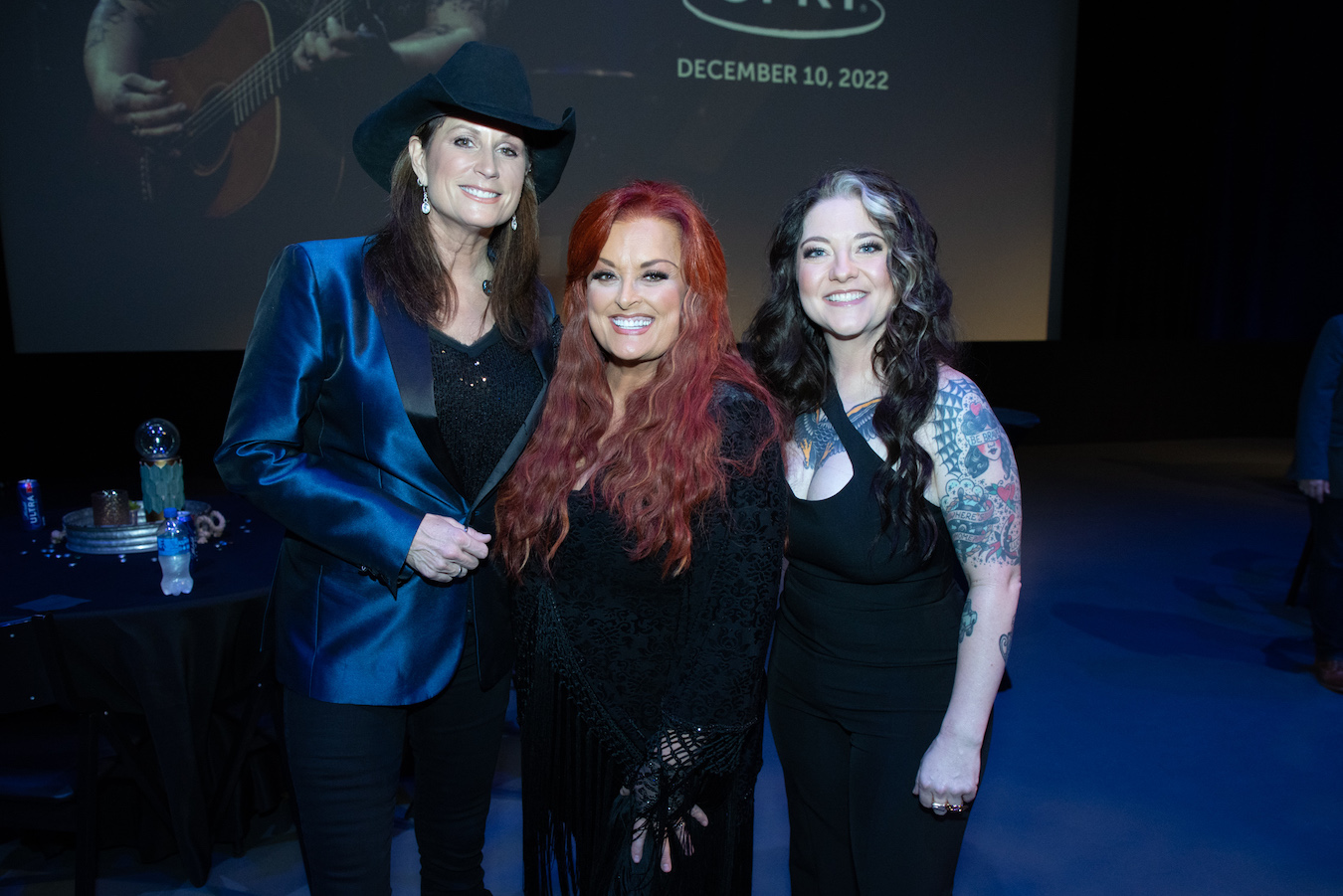 Her follow-up, “Never Will,” was tagged by Rolling Stone as one of the most anticipated of the year, alongside NPR, who also ranked her Top 10 RIAA Platinum-certified single “One Night Standards” as one of the best songs of 2019. The album earned McBryde a 2021 Grammy nomination for Best Country Album, making “Never Will” the only album nominated for Country Album of the Year by the ACMs, CMAs and the Recording Academy in the same award season.

Her critically acclaimed duet with Carly Pearce, “Never Wanted To Be That Girl,” went all the way to No. 1 and earned McBryde and Pearce the ACM and CMA award for Musical Event of the Year. McBryde was also honored with the 2022 CMA International Artist Achievement Award for the most significant creative growth, development and promotion of the country music industry outside of the United States.

Tickets for the two-night special event “Ashley McBryde Presents: Lindeville Live at Ryman Auditorium” on Feb. 15-16 are available now. For more information, visit AshleyMcBryde.com or follow her on Facebook, Instagram and Twitter @AshleyMcBryde and TikTok @AshleyMcBrydeMusic.

Opry presents the best in country music live every week from Nashville. The Opry can be heard at opry.com and wsmonline.com, “SiriusXM: Willie’s Roadhouse,” and its flagship home: 650 AM-WSM – with Saturday night shows seen on the Circle Network. Tickets are on sale now for all Opry 2023 shows running through August. The Opry will be at the Ryman Auditorium for a special one-month run in January and will return to the Grand Ole Opry House in February. The Grand Ole Opry is owned by Ryman Hospitality Properties. For more information, visit opry.com.