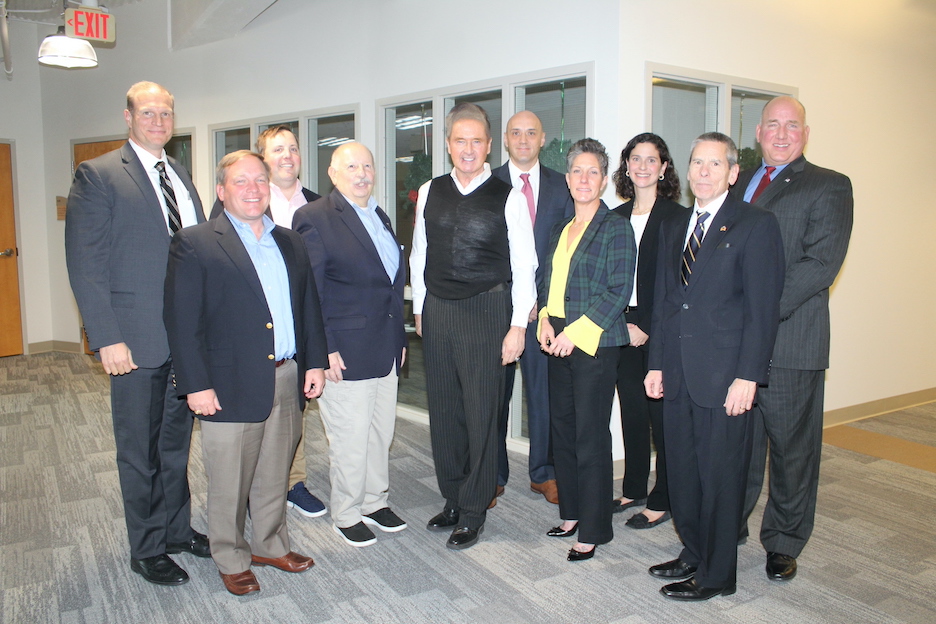 Congressman Brian Higgins named nine local residents to serve on a service academy advisory committee. The panel met Dec. 4 to interview local high school students applying to one of the U.S. service academies, and to recommend those deserving of a nomination.

“Each year, service academy nomination interviews introduce us to exceptional students from across Western New York,” Higgins said. “We thank the members of our service academy advisory panel who graciously volunteered their time to meet with the next generation of military leaders.”

Students applying for enrollment in the U.S. Air Force Academy, U.S. Military Academy at West Point, U.S. Naval Academy, or the U.S. Merchant Marine Academy are required to seek a nomination from a member of the U.S. House of Representatives, U.S. Senate or the vice president. The final decision about which students are admitted to each academy rests exclusively with the admissions office at the individual academy.

The following Western New Yorkers volunteered to serve on this year’s panel:

Dr. Patrick Welch: Enlisted in the U.S. Marine Corps at age 17 and served in the Vietnam War. He was a longtime business owner, former Erie County director of veterans services, founded the Center for Veterans Services at Daemen College, works as a mentor in Buffalo’s Veteran Treatment Court, and helps lead the Community Veterans Engagement Board.

James Montgomery: A U.S. Army captain, member of the 82nd Airborne Division, and a 1991 graduate of West Point. He was deployed for combat missions in Haiti in 1994. For over 20 years, he has worked in the pharmaceutical sector, currently in the veterinary health business.

Jeffrey Burhart: A 2002 Air Force Academy graduate who earned his MBA at the University of Massachusetts. Today, the former Air Force captain and contracting officer serves as a sergeant with the New York State Police.

Peter Goodman: A 2007 graduate of the U.S. Naval Academy and a 2017 graduate of Harvard Business School. He was deployed five times, as a surface warfare officer, during his seven years in the U.S. Navy. Today, he is a product manager at Wilmington Trust, as well as a volunteer firefighter.

Kathy Garver: A 2001 West Point graduate who served as a logistics officer in U.S. Army. Garver worked for the Buffalo FBI and currently works as an assistant vice president in complex investigations at M&T Bank.

Randy Garver: A 2000 graduate of the U.S. Military Academy at West Point. Following graduation from Ranger School, he was assigned to the 1st Infantry Division in Germany and served as a rifle, scout and reconnaissance platoon leader before several assignments as a staff officer. His deployments include a peacekeeping mission in Kosovo and combat operations in Iraq. Today, Garver works for the FBI.

Michael Major: A 1999 graduate of the U.S. Military Academy who earned his MBA from The Wharton School in 2006. He currently works as a senior vice president for consumer lending at M&T Bank.

In October, Higgins hosted a virtual service academy information session to provide high school students, parents, school administrators, teachers, and counselors with the opportunity to learn more about the institutions, programs, and nominations process. The full video of the event can be found here: https://youtu.be/XVjLJdVTH2M.