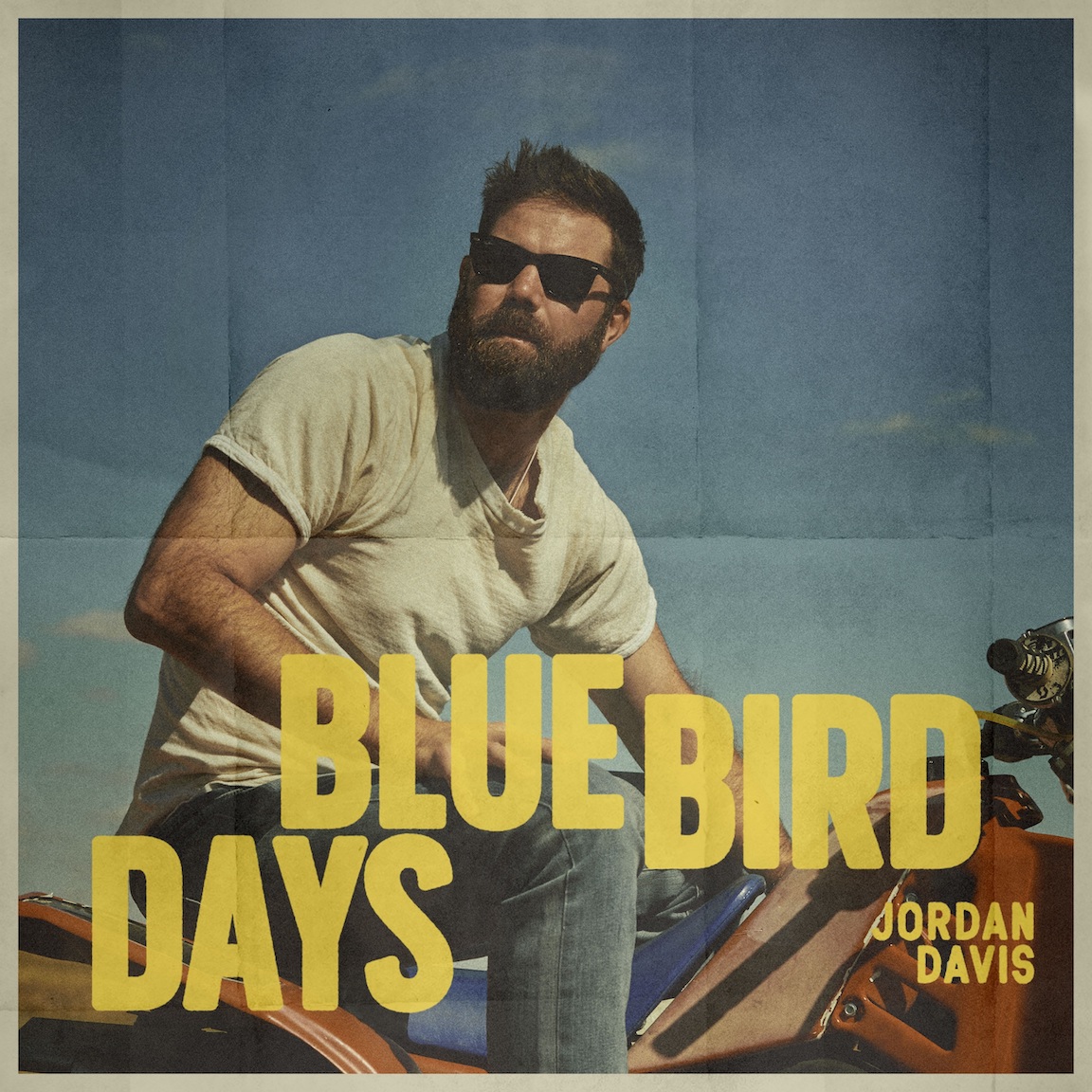 One of the most-streamed songs of the year in 2021 and 2022, “Buy Dirt” was co-written by Davis and his brother Jacob, along with Matt Jenkins and Josh Jenkins, and is currently also nominated for Favorite Country Song at the 2022 American Music Awards, airing Nov. 20 on ABC.

Davis shared the album cover and title with American Songwriter before joining Bobby Bones to share the news of his upcoming album.

Exclusive “Bluebird Days” packages are available for Davis’ fan club, The Parish, available here. General preorder is via www.JordanDavisOfficial.com, along with upgrade packages and autographed memorabilia.

“It’s been an evolution, and not just from a songwriting standpoint,” Davis shared with American Songwriter about the process of creating “Bluebird Days” with producer Paul DiGiovanni, who also produced his debut album, “Home State.” Adding, “Everything matches the song … letting the song be a song and letting the lyrics lead it. Nothing feels forced. To me, it’s an album expressing exactly where I’m at right now.”

“Buy Dirt” (feat. Luke Bryan) about “faith, family, and friends” continues to resonate with fans on a global scale, topping the country radio airplay charts for two weeks, amassing more than 735 million global streams to date, and earning NSAI Song of the Year (2022). In addition to its 2022 CMA Song of the Year win, “Buy Dirt” has tallied multiple awards nominations, including Top Country Song at the 2022 Billboard Music Awards, Musical Event of the Year at the 55th CMA Awards, and for Music Event, Single, and Song of the Year at the 57th ACM Awards.

Read the story behind the making of “Buy Dirt” here.

In addition to “Buy Dirt,” “Bluebird Days” will feature several recently released tracks, including fan-favorites “Next Thing You Know,” “Midnight Crisis” featuring Danielle Bradbery, “Part of It,” and his current hit single, “What My World Spins Around,” which has amassed more than 145 Million streams since its release this Summer.

Written by Davis, Matt Dragstrem and Ryan Hurd and produced by Paul DiGiovanni, Davis first debuted the hit on NBC’s “Today,” and will perform the song at this year’s Macy’s Thanksgiving Day Parade on NBC, and during his headlining performance at Canada’s upcoming CFL Grey Cup Halftime Show (Nov. 20).

In addition to his current direct support slot on tour with Luke Combs through December, Davis has headlined sold-out venues coast to coast and played back-to-back sold-out nights at Nashville’s famed Ryman Auditorium this year. He will next join Thomas Rhett early next year for the international leg of his “Bring the Bar To You Tour.” For more information on upcoming tour dates or to purchase tickets, visit jordandavisofficial.com/tour.