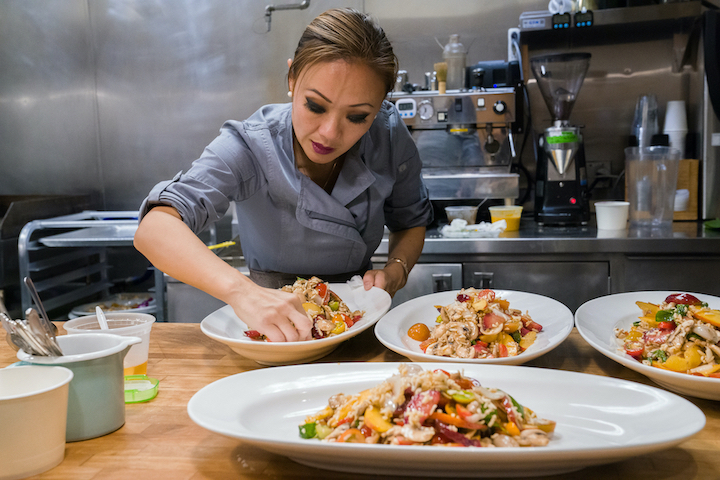 Chef and restaurateur Kathy Fang serves up mouthwatering Chinese fusion dishes that challenge conventional culinary ideas at Fang, the hot restaurant she co-owns in San Francisco with her father, chef Peter Fang. This father/daughter duo is a dominant force in San Francisco’s food world, and now Kathy is ready to expand their business while honoring their roots in the six-episode docuseries “Chef Dynasty: House of Fang.”

Kathy grew up immersed in food culture at her father’s iconic Chinatown restaurant House of Nanking. As an adult, Kathy’s concept for modernizing menus, risk taking and embracing young influencers doesn’t always go over well with the more traditional Peter, who has been called “the godfather of Chinese cuisine,” and she is constantly trying to convince him that they must innovate in order to expand and achieve what she coins “Chinese cuisine world domination.”

“The Fang family are royalty in the Bay Area – Kathy is an incredible chef, entrepreneur, wife and mom who is dedicated to pushing culinary limits while staying true to her hard-to-please father Peter’s vision,” said Jane Latman, president, home and food content and streaming, Warner Bros. Discovery. “Their push-pull dynamic is sure to resonate with our viewers, who will be charmed and inspired by this family’s business and home life.”

Born and raised in San Francisco, Kathy grew up in the kitchen of her family’s popular restaurant, House of Nanking, before opening Fang Restaurant with her father in 2009 as co-owner and chef. Today, Kathy balances her responsibilities at Fang with pursuing her dream of teaching others to create easy, healthy and delicious dishes with unique ingredients and flavors while making regular appearances on cooking and food competition shows. On Food Network, she is a two-time “Chopped” champion and has also appeared on “Alex vs. America,” “Beat Bobby Flay” and “Guy’s Grocery Games.” She is author of “Easy Asian Cookbook.”

Fans can learn the basics of Chinese cuisine and cook along with Kathy at FoodNetwork.com/ChefDynasty. Follow along with all the restaurant drama on social media using #ChefDynasty.