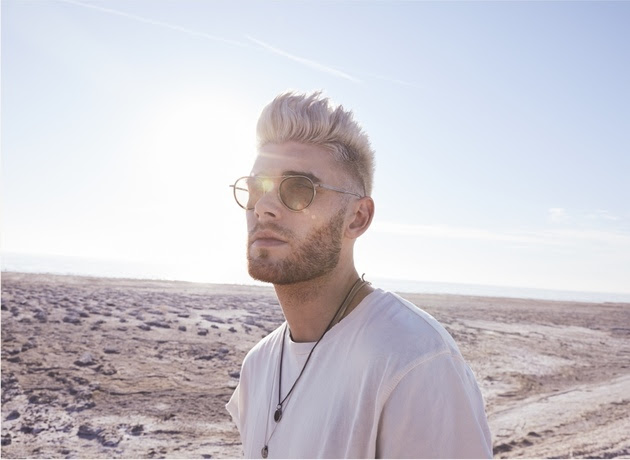 Samaritan’s Purse plans to collect its 200 millionth Operation Christmas Child shoebox gift this year! It will be packed on a coast-to-coast tour by former shoebox recipient Elizabeth Groff, who received her own shoebox in Ukraine when she was 11 years old.

The tour hits Nashville this Wednesday, Nov. 16, where “American Idol” alum Colton Dixon will join K-LOVE DJ Scott Smith and Groff to pack before she personally delivers the 200 millionth shoebox to a Ukrainian child this Christmas season.

The community is invited to the 200 millionth shoebox stop in Franklin – at Full Life Church, between 10 a.m. and noon – to hear Groff’s story first-hand, meet Dixon, enjoy music and a time of encouragement and celebration.

Born and raised in Eastern Ukraine, Groff grew up in a broken family and ended up in an orphanage when she was only 7 years old. She was devastated by the tragedies in her family and felt very alone. While in the orphanage, she received an Operation Christmas Child shoebox gift. Because of the gift, she began to have hope that God would not leave her at rock bottom, but that he would meet her there, and become her family.

Groff’s stops across the U.S. will begin in Denver and progress to Chicago, Nashville, Tennessee and Charlotte, North Carolina. She will reveal a voter-selected item at each stop. Anyone can vote by visiting the Operation Christmas Child Facebook page.

“We can all be part of changing a child’s life simply by packing a shoebox full of fun, quality gifts,” Groff said. “It may seem small, but it is powerful when delivered with a message of love and hope! It changed my life. Eighteen years ago, a shoebox gift opened my heart to God’s word, and now I have the opportunity to personally demonstrate God’s love in a tangible way to a Ukrainian child. We serve a faithful God! Being able to pack and deliver this special shoebox gift will be a highlight of my Christmas season!”

Participants can also browse samaritanspurse.org/buildonline to build a shoebox online. This tool provides convenience of online shopping and ability to select gifts matched to a child’s specific age and gender, and the option to include photo and personal note of encouragement.

Operation Christmas Child, a project of Samaritan's Purse, seeks to demonstrate God’s love in a tangible way to children in need around the world and, together with the local church worldwide, to share the good news of Jesus Christ. Since 1993, Operation Christmas Child has collected and delivered more than 198 million gift-filled shoeboxes to children in more than 170 countries and territories.

Dixon rose to fame in 2012 when he was voted a fan favorite and made it to the top seven on season 11 of “American Idol.” His career has been on the fast track ever since, now boasting over 100 million streams across all platforms. Dixon's 2013 debut, “A Messenger,” set the record for biggest first-week sales by a new solo Christian act, becoming the No. 1-selling album by a new Christian artist. Dixon is also a Steinway & Sons artist, following in the footsteps of legendary artists such as Harry Connick Jr. and Billy Joel. Dixon's sophomore effort, “Anchor,” included the most played Hot AC single of 2014, “More Of You," which spent three weeks at No. 1, as well as "Through All of It," his fourth consecutive No. 1 at Hot AC Radio. In 2013, Dixon won a Dove Award for Best Rock/Contemporary Album Of The Year, along with two additional nominations. In 2015, Anchor was honored with the Dove Award for Rock/Contemporary Album of the Year. Dixon received back-to-back K-LOVE Fan Award nominations for Male Artist of the Year in 2014 and 2015, followed by the release of his third studio album, “Identity,” which included the top 5 single “All That Matters,” whose video was premiered by PEOPLE magazine. His critically acclaimed, self-titled EP, which boasts the hit tracks "Miracles," "Devil Is A Liar," and “Made to Fly," is available now, along with his latest single, "Build a Boat."