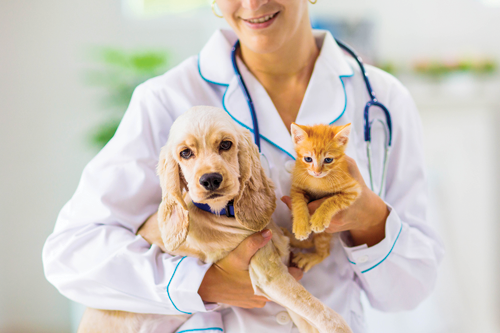 Earlier this week, Gov. Kathy Hochul announced nearly $5 million has been awarded to 17 not-for-profit animal shelters and humane societies through the fourth round of the New York State Companion Animal Capital Fund. The funding will support construction, renovation and expansion projects that will provide animal care.

Her team said, “As the first in the nation to fund capital projects for animal shelters, New York state continues to demonstrate its commitment to securing safe housing and care for sheltered dogs and cats as they await adoption, including through an increased appropriation for the fifth round of the program in the fiscal year 2023 enacted budget.”

Hochul said, "New York's Companion Animal Capital Fund makes a true difference for shelters and humane societies across the state, helping them to make critical upgrades that ultimately mean better care for our dogs and cats as they await their forever homes. I was proud to include funding for this program in my executive budget this year – the first time in history – and my administration will continue supporting the great organizations that work to keep sheltered dogs and cats safe."

Since the launch of the Companion Animal Capital Fund program in 2017, administered by the Department of Agriculture and Markets, the state has dedicated $20 million to 57 projects. This year, Hochul included the Companion Animal Capital Fund in her proposed executive budget, a first for the program. In the enacted FY 2023 New York state budget, the program received a historic $8 million for its next round.

The fourth round of funding awarded builds on previous initiatives to offset the costs associated with capital projects run by New York state animal shelters. Projects funded this year include new living spaces for additional cats, new medical facilities, and shelter renovations to include additional kennels.

The New York State Department of Agriculture and Markets selects grant recipients based on a need assessment, detailed project description, and reasonableness of cost. Further recognizing the importance of this program, for the first time this year, the state also expanded eligibility to include shelters that were previously granted this fund and have completed their projects, as well as shelters without municipal contracts servicing underserved regions.

The following local shelters received an award in this round of the program:

√ Hornell Area Humane Society: $ 346,875 for a cattery expansion, and expansion of the space for canine behavior and training sessions. Additional areas will be renovated, including a new food preparation area and a separate area for cleaning supplies.

√ Pet Pride of New York: $200,000 for renovations and additions to a new wing of the shelter which will include intake, isolation, veterinary areas as well as a utility room, staff restrooms, and a staff breakroom.

√ Ten Lives Club: $200,000 for shelter expansion and improvement for their cats. Four new living spaces will provide space for additional cats, and the addition of an HVAC system will provide clean air.

New York State Agriculture Commissioner Richard A. Ball said, "Through visits to completed shelter renovations funded by this program, we have seen the impact of New York's Companion Animal Capital Fund in caring for sheltered animals until they find their permanent homes. I want to thank the governor and our Assembly members and senators for ensuring that this critical program continues to be funded. Thanks to the funding available in this year's state budget, we were able to select a greater number of shelters to receive assistance and provide enhanced support to the animals in their care."

According to the New York State Animal Protection Federation, more than 150,000 animals annually are brought to nonprofit and municipality-run shelters and humane societies. The New York State Companion Animal Capital Fund will help these organizations continue to provide sheltering services to local communities, promote better care for the animals, and facilitate more adoptions.