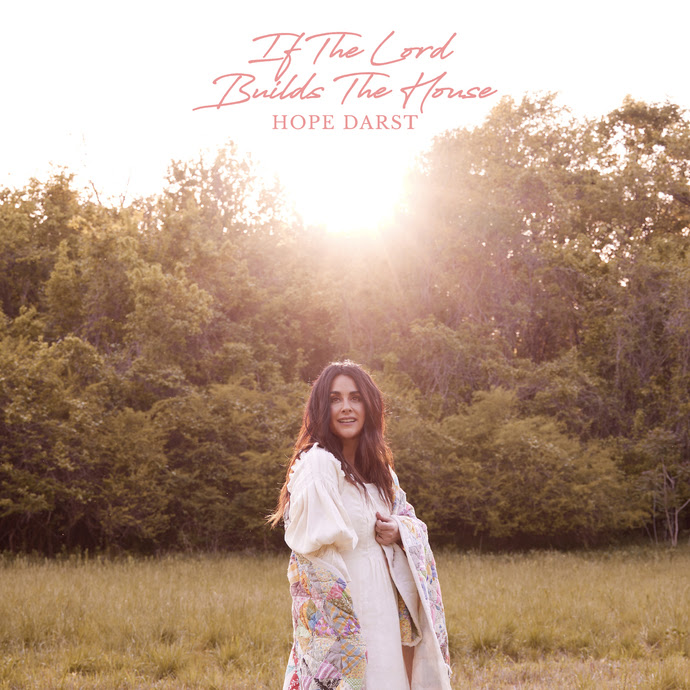 Hope Darst says, 'If the Lord Builds The House'

Her most collaborative project yet features David Leonard, Jon Reddick

Singer, songwriter, and worship leader Hope Darst is sharing new music. Her seven-song project, “If the Lord Builds The House,” is out now courtesy of Fair Trade Services. Click here to listen.

A press release said, “It was in 2020 when Hope Darst quickly gained everyone's attention, thanks to her powerhouse vocals and stellar songwriting – all on full display on her debut album, ‘Peace Be Still.’ By 2021, Darst received three GMA Dove Award nominations (New Artist of the Year, Worship Recorded Song for ‘Peace Be Still,’ and Inspirational Song for ‘Promise Keeper’), while ‘Peace Be Still’ received a BMI Christian Music Award recognition, and at press time, the song has received 100 million-plus streams.

“Yet simply said, Hope Darst is a worship leader who desires to see people encounter the love of Jesus while being restored and set free in his presence. Through sincere, artful expression or congregational praise music, Darst's goal is always the same: To worship God in everything, and it's this passion that has allowed her to follow up her debut album with more new songs that came from an unexpected process.”

Darst said, “For more than a year, I kept showing up day after day expecting that new songs would just come easy and fast, but they didn’t. At the end of 2021, I was ready to quit trying, but I felt God ask me to gather a few of my favorite friends and collaborators and give it one more shot.”

She was able to bring everyone together for a writer's retreat, and a new collection of songs poured out – along with a renewed passion for songwriting.

Darst said, “On the first day of the retreat, we wrote ‘If the Lord Builds the House’ and ‘Give You the Glory,’ and I knew something had shifted. I felt God renewing my passion for songwriting and, once it all started to click, I couldn't stop. More and more songs began to come, even for several months afterward.”

“If the Lord Builds the House” came to life and includes songs written both by Darst and her longtime collaborators Jonathan Smith, Mia Fieldes, Andrew Holt, Ethan Hulse, Jason Ingram, Sarah Reeves and Casey Brown. In addition, there are new collaborations on this project with Austin Davis, Reuben Morgan and fellow artists David Leonard and Jon Reddick. Leonard cowrote, produced and is featured on “Give You the Glory,” and Reddick joined in on a new version of “If The Lord Builds The House.”

“I wrote my first album, ‘Peace Be Still,’ over the span of five years, and it was one of the most rewarding times creatively for me and we made music that I am incredibly proud of," Darst said. "This time around, it was a wildly different experience, one that stretched me and pulled new things out of me. I had to dig deep for these songs and, in the end, I am so glad that I did, because I'm equally proud of this project and excited to share it with everyone."

She added, "I hope when people hear these songs they hear what I know to be true of God in every season. His name is a firm foundation that cannot be torn down. His name has the power to change anything. He alone deserves the glory. His name is sweeter than honey and more than enough. He never leaves us nor forsakes us. He is faithful and never, ever fails to show up.”