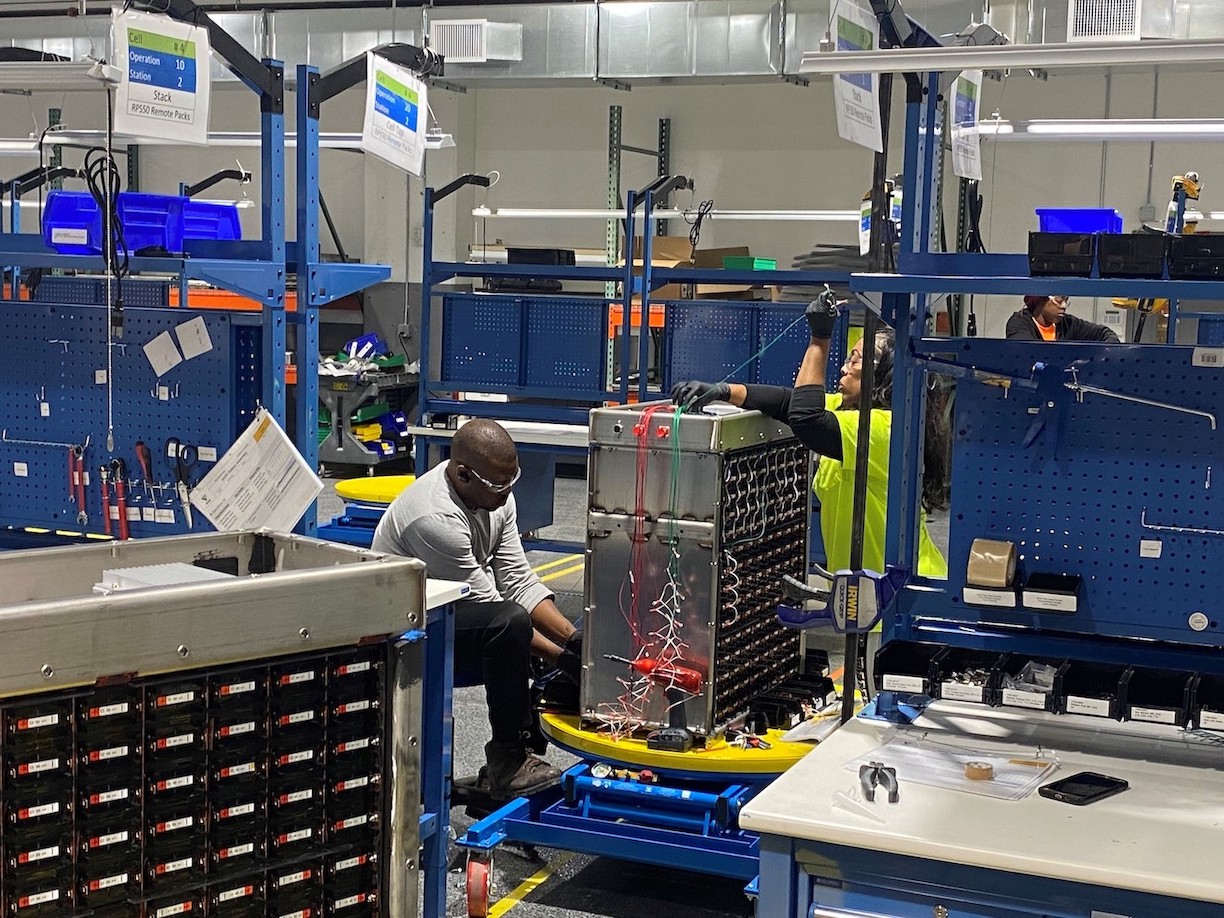 A look inside the Viridi facility. (Image courtesy of Congressman Brian Higgins' office)

Congressman Brian Higgins joined Viridi Chairman and CEO Jon M. Williams to highlight the Buffalo company’s role as a national green energy sector leader. Viridi is more than doubling the size of its East Delavan facility by adding 139,000-square-feet of space to expand production, research and development testing labs, and other company operations. This expansion will include the installation of state-of-the-art automated manufacturing technology and create approximately 500 new jobs in east Buffalo.

“Look no further than Viridi to see how Buffalo is reinventing itself for today’s economy,” Higgins said. “This iconic location has transitioned from one of industrial decline to a home of U.S. innovation and opportunity. For too long, the U.S. has relied on other countries to invent things and sell them to us. New federal policies are helping U.S. businesses compete in the global market, incentivizing green technology investment, and growing U.S. jobs.”

Higgins’ team said, “Viridi was founded in 2010 and has been ahead of the curve in recognizing the market need for safe, reliable, renewable energy storage. The East Delevan factory, which is now home to Viridi, was originally built by General Motors on the 42-acre site in 1923. American Axle operated the plant from 1984 until it closed in 2007. Today, Viridi is developing and manufacturing lithium-ion battery systems that can power a range of needs from buildings to heavy equipment.

“Currently, most construction equipment is diesel-powered, which impacts the health of individuals near construction sites as well as adds to emissions. Congressman Higgins, in his role on the Ways & Means Committee, successfully fought to include a provision to incentivize the purchase of commercial clean vehicles and mobile machinery, such as construction equipment, knowing it would induce job creation in Buffalo. The law provides the necessary tax credits to help Viridi’s green systems compete with their combustion counterparts. This is driving up demand and supporting local job growth.

“Viridi aims to recruit workers for jobs within the company from the Buffalo community, which serves as its home. Viridi is the first sponsoring employer of the ‘GreenForce,’ a Buffalo-based nonprofit organization that coordinates with community leaders to identify and train new team members, and provide them with the skills and services needed to obtain and retain employment.

“While final implementation has yet to occur, other programs in the Inflation Reduction Act may benefit Viridi, as well, such as the advanced energy manufacturing credit, which includes energy storage systems like those produced by Viridi. The story of Viridi is one example of how the Inflation Reduction Act is speeding up our transition to clean energy and away from fossil fuels, creating domestic jobs from manufacturing to engineering, and growing local economies.”