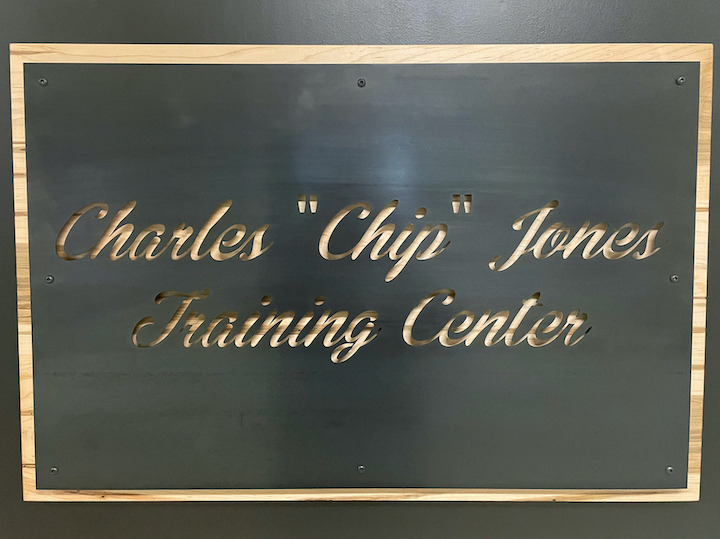 Last week, The Empire State Chapter of Associated Builders and Contractors held a dedication ceremony at its Western New York regional office in Buffalo to honor Charles G. “Chip” Jones Jr., who passed away this summer. Jones, “a beloved member of ABC, and a pillar of his Western New York community,” was president of Wittburn Enterprises Inc.

“Chip dedicated his life to training the future of the construction industry,” ABC Empire State Chapter President Brian Sampson said. “It is only fitting that we dedicate our training classrooms in his memory. If a person had an interest in construction, Chip would train them and find them work. He was a very selfless man and he loved our industry. It cannot be overstated how much Chip meant to Associated Builders and Contractors, and to Western New York.”

One of those employees, Juan Flores, spoke about Jones and his impact. Flores said how Jones always saw the potential in people. After Flores was released from prison, Jones trained him and got him into the construction industry “without a second thought.”

“Chip was very active with ABC, and so passionate about what we do,” said Tanner Schmidt, ABC’s government affairs manager and a Western New Yorker. “Throughout his years with ABC, he served in many roles, including chairman of the board, and chairman of Western New York's regional leadership committee. Chip worked hard to develop the next generation of construction workers, being involved in many workforce development initiatives. He was also one of the region's strongest advocates for merit shop contractors. This is a tough loss for our region, and for all of ABC.”

A press release noted, “Aside from Chip’s dedication to Wittburn Enterprises and ABC, he was a dedicated family man and a philanthropist concerned with supporting his community and all who live in it.”

The Empire State Chapter of Associated Builders and Contractors, part of a national construction industry trade association established in 1950, was founded on the merit shop philosophy. ABC Empire State Chapter helps its more than 400 members develop skilled tradesmen and women, submit winning bids for work, and deliver that work in a safe, ethical and timely manner for the betterment of the communities in which ABC and its members work.
Visit abcnys.org.