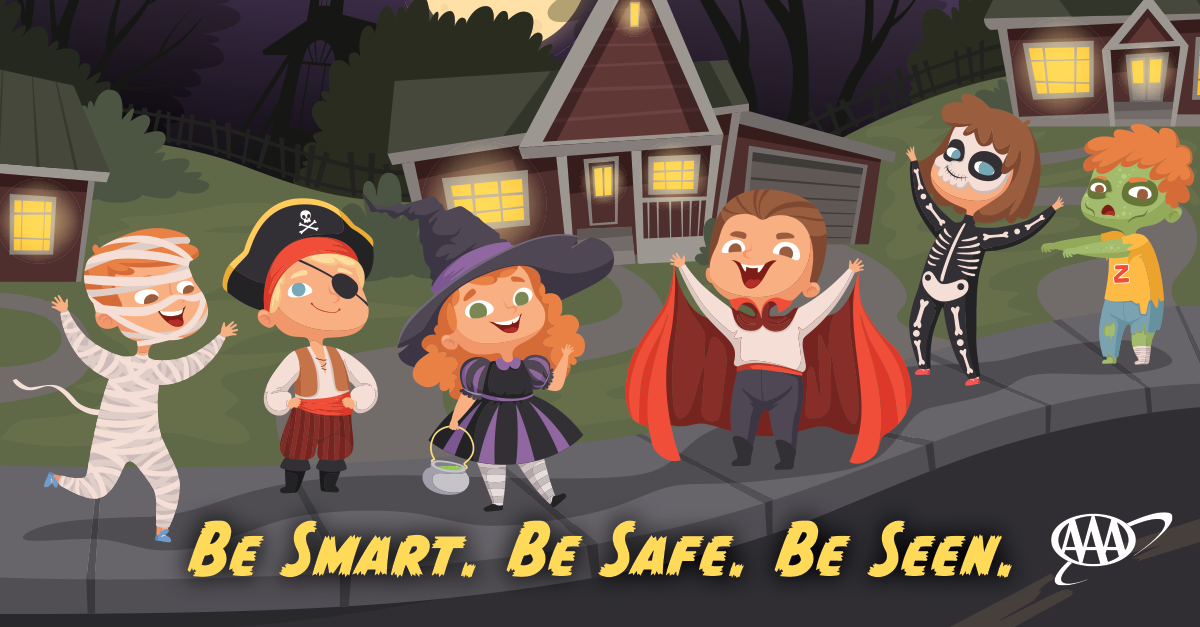 Here’s hoping for all treats and no tricks this Halloween!

With an estimated 69% of consumers planning to celebrate the holiday this year, festivities will return to prepandemic levels according to The National Retail Federation. Sixty-seven percent of consumers plan to hand out candy to millions of children trick or treating on Oct. 31. It will surely be a busy night on roads and sidewalks – and the worst night for vandalism. Halloween night is a time when motorists need to be extra vigilant on the roads, pedestrians need to light their paths to ensure they’re seen, and party goers must celebrate responsibly.

The majority of pedestrian fatalities on Halloween occur after 6 p.m. and outside of marked crosswalks.

Last year, the New York State Police arrested 138 people for DWI and investigated over 600 vehicle collisions over Halloween weekend. This Halloween, the U.S. Department of Transportation’s National Highway Traffic Safety Administration (NHTSA) is teaming up with local officials and AAA to help remind drivers: If you feel different, you drive different. Marijuana has been legalized in New York, but it’s important to remember that drug-impaired driving is illegal everywhere in America.

In addition to these sobering facts, vandalism is also a concern.

“Automobile and property vandalism tend to spike on Halloween night, so drivers should park in well-lit areas or in a garage, and keep cars locked,” said Stacey McConnell, director of insurance for AAA Western and Central New York. “Homes should also be well-lit to deter vandals.”

Vehicles are nearly twice as likely to be vandalized on Halloween as on an average day, according to the Highway Loss Data Institute. To avoid having your car egged or even stolen, park it in a secure garage or a safe, well-lit area. Double-check that car doors are locked and windows are up.

Look Out for Black Cats, Blind Spots, and Batman!

Drive slowly and be on the lookout for creatures that can come out of nowhere. Turn your headlights on earlier in the day to spot children from greater distances. Don’t hesitate to use your horn if you’re concerned that trick-or-treaters don’t see you.

Be Bright at Night

Trick-or-treaters need to be seen – use reflective tape on costumes and treat buckets to improve visibility. Wear disguises that don’t obstruct vision and avoid facemasks. Carry a flashlight and be cautious of tripping in long costumes.

Light Up the Night

Generous lighting outside of your home keeps vandals away while providing safe passage to party guests and trick-or-treaters. Keep walkways and stairs clear of debris and make sure they’re well-lit.

Serve food with your preferred potion and nonalcoholic options. Stop serving alcohol at least an hour before the party ends.

As upstate New York’s largest member services organization, AAA Western and Central New York provides more than 887,000 members with travel, insurance, financial and automotive-related services. Since its founding in 1900, AAA has been a leading advocate for the safety and security of all travelers.