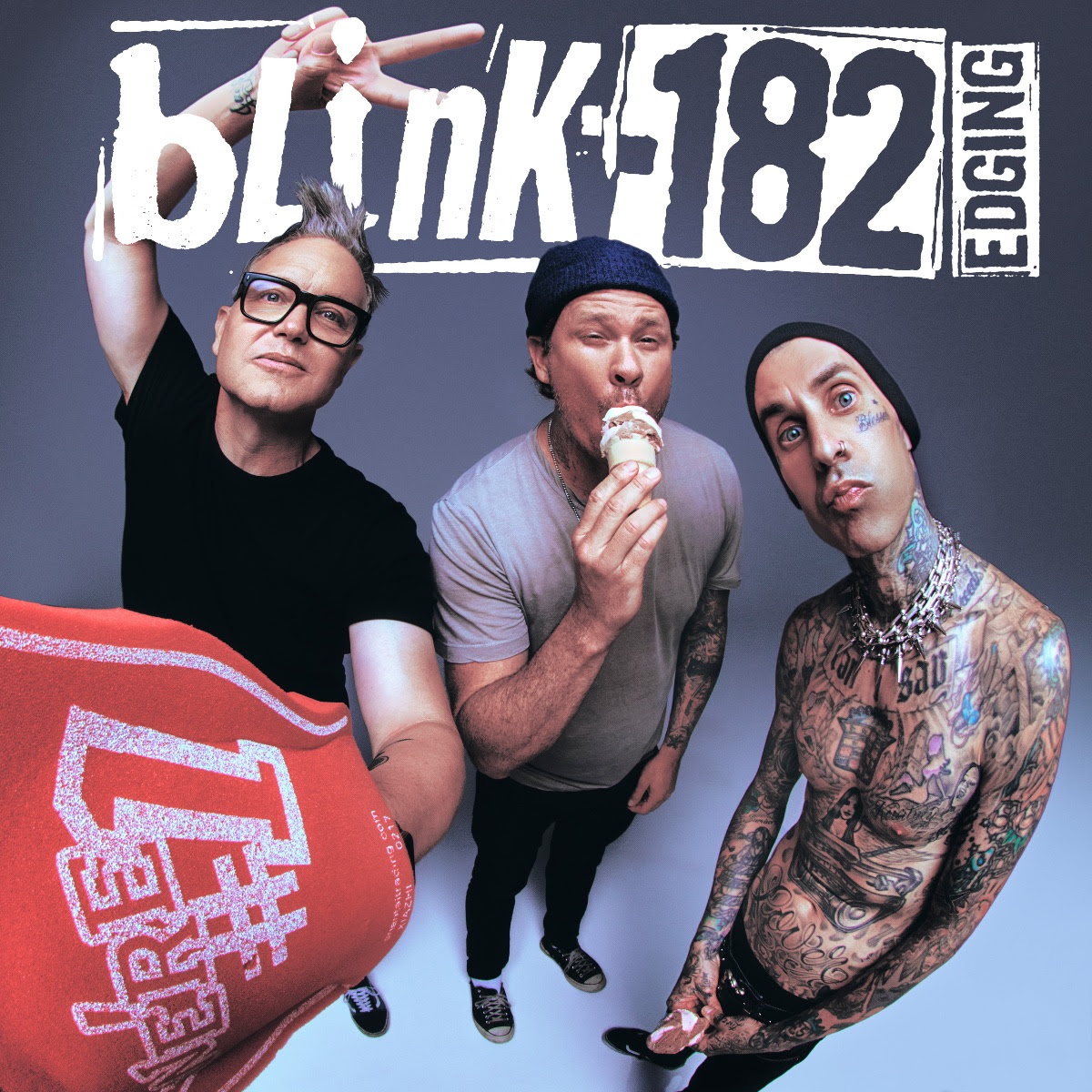 Multi-Platinum, award-winning group blink-182 has dropped new single “Edging,” making it the first time in nearly a decade that Mark, Tom and Travis have been in the studio together.

The song is available now on all streaming services and alongside it comes an official music video by videographer/director Cole Bennett.

Barker said, “I wanted to imagine as a listener what I wanted to experience and, at the same time as a band member, what we wanted to make and say and most importantly how it would sound production-wise in 2022.”

The press release said, “Hoppus and DeLonge deliver the known dynamic between the two that listeners have come to expect and love.”

Hoppus said, “I’m so happy to be back in the studio creating new music, and looking forward to a giant world tour.”

The song is also an evolution of the band’s growth together and the first offering from a new album coming next year. Fans can preorder limited colored vinyl variants of the forthcoming album here.

This single comes on the tail of the announcement of “their biggest tour ever, a colossal global outing” produced by Live Nation, with additional shows being added “due to overwhelming demand.” The worldwide trek includes their first ever performances in Latin America, along with stops in North America, Europe, the U.K., Australia and New Zealand, starting March 2023 through February 2024.

The tour announcement also features multiple festival appearances in Latin America and the U.S., including Lollapalooza alongside co-headliners Billie Eilish and Drake, and the 2023 edition of “When We Were Young” with Green Day, among others.

The press release said, “Since their humble beginnings nearly 30 years ago, when they started playing in a San Diego garage, blink-182 have sold over 50 million albums worldwide and rocked audiences from Adelaide to Zurich, having become one of the defining rock bands of their generation. …

“While blink-182 have already racked up more than their fair share of Platinum records and blockbuster singles, they are looking forward to their 10th studio album. With Delonge back after nearly a decade, fans can expect that electric on-stage magic that the trio has delivered over the years. With their new album due in 2023, blink-182 is stoked to be facing their future together.”