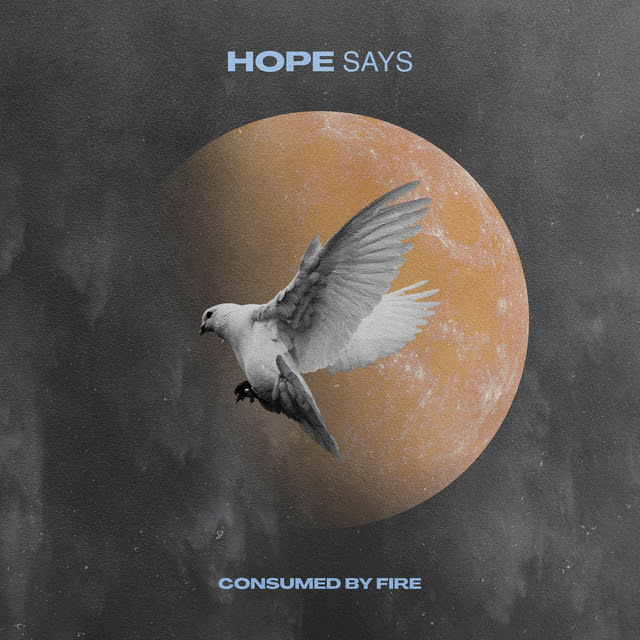 Red Street Records announces the newest song from Consumed By Fire. "Hope Says" is out now (click here to listen). Accompanied by an acoustic video (view here or below), the song follows their current radio single, "First Things First," which was released over the summer and was their first since signing with the label.

With "Hope Says," the band of brothers – Caleb, Josh and Jordan Ward – found themselves in a time of desperation.

“This song was birthed during a time when our hope was seriously being tried every day," they explained. "Our time spent in the hospital with our dad had racked up to 15 months. We know that the voice of circumstances can be crazy loud, but we believe that hope has a voice, as well."

A press release noted, “Through an upbeat tempo and relatable lyrics, Consumed by Fire hopes ‘Hope Says’ becomes an anthem to encourage others while honoring their late father, as this song was a favorite of his.”

Consumed By Fire plans to release an EP in early 2023. They will also take their songs on the road this fall. Click here for the most updated schedule.

Consumed by Fire is a musically inventive southern pop/rock band that combines church roots with an eclectic array of influences distilled into a sound that is uniquely their own. Growing up, when they weren’t leading worship at their parent’s church, the brothers were singing songs from James Taylor, Amy Grant, Bob Seger, Russ Raff or The Eagles with their large musical family. It wasn’t long before the brothers found calling and their own musical voice – and shortly after, Consumed By Fire was born.

The band released a national debut in 2016, "Giving Over" to critical acclaim, which featured the radio hits "Lean On Me" and "He Waits For Me." Visit ConsumedByFire.com.