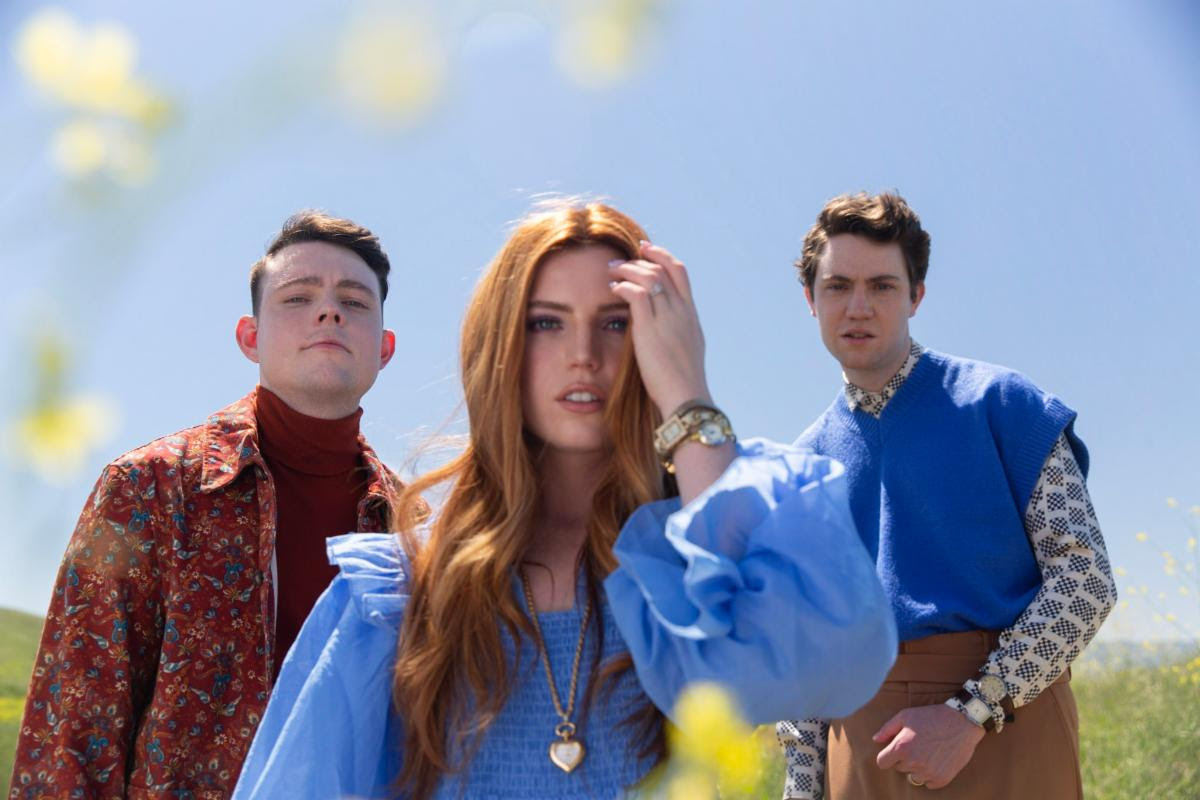 √ ‘The Hang Around Tour’ begins today; opening night in Nashville to be livestreamed via Mandolin

√ A portion of proceeds will benefit Monroe Carell Jr. Children’s Hospital at Vanderbilt

Ahead of their nationwide tour kicking off tonight, multi-Platinum alt-pop trio Echosmith have released the new music video for their latest single “Gelato.” Press here to watch.

“Equal parts playful and pensive, the track glides along at a sweetly unhurried tempo and reaches a wild crescendo at the bridge, featuring a fantastically warped guitar solo and fuzzed-out vocal sample of Echosmith musing over their favorite gelato flavors.”

The band shared, “Not all that glitters is gold. Life can appear perfect from the outside, but you can only vacation so far from what you’re feeling inside. … Even on a perfect getaway, the reminders of the heaviness you’re feeling can still flash through your mind. ‘Gelato,’ the song and the video, capture how real that feeling is, but sometimes you have to make the conscious choice to put aside the worries of today and tomorrow.”

Echosmith embarks on a 25-date headline trek, “The Hang Around Tour,” starting today. Opening night of the tour will be livestreamed from Basement East in Nashville via Mandolin, a digital fan engagement platform and concert live streamer that was named Fast Company's No. 1 Most Innovative Music Company, overall, for 2022. A portion of the livestream proceeds will be donated to Monroe Carell Jr. Children’s Hospital at Vanderbilt. In addition to the livestream, add-ons for merch and virtual meet and greets are available. Press here to purchase tickets.

The trio performs Oct. 24 in Toronto at The Great Hall. Visit www.echosmith.com for all “Hang Around Tour” ticket info.

Echosmith also just released "Cool Kids (our version)," a reimagined take on their ubiquitous triple-Platinum hit that trades the original glossy pop production for a more alternative feel and a new bridge, reflecting what the song would sound like if the band wrote it today – nearly 10 years later. Press here to watch the band’s live performance at Billboard.

A press release said, “Echosmith has entered a new era of creative freedom and career independence that is allowing them to make the more alternative-leaning, indie-pop music that has always been at the true heart of the band (as heard on their other new single ‘Hang Around’).

“They were inspired to make this new ‘Cool Kids’ version when a TikTok trend exploded right as they were reflecting on their past and gearing up for their new era, where people were using a sped-up version of the original song to look back at their younger selves and appreciate how far they’ve come. A decade later, the song’s message of self-acceptance and self-love is still so important, especially as issues such as bullying, the pressure to ‘fit in,’ and the impact of social media continue to be at the forefront of our culture.

“Echosmith’s new creative period is both a sonic shift and a return to their roots as they stripped back the pop polish, embraced their true indie spirit, and take an alt-pop direction that best represents the original musical heart of the band. Rediscovering the joy of making music together as siblings and inspired by their life experiences over the past few years that have brought personal growth and newfound independence, Sydney, Noah and Graham Sierota are in full creative control with more music to come!

“Echosmith’s stardom skyrocketed as they came of age together as both a family and a band with a mission to spread love, positivity and self-acceptance. They cemented themselves as an inescapable presence in music and pop culture with their triple-Platinum hit ‘Cool Kids’ and their double-Platinum single ‘Bright,’ as their full-length debut, “Talking Dreams,” went Gold.

“Simultaneously, Sydney stood out as a positive cultural force, whether acting as a brand ambassador for Coach, designing a line for Hollister, or duetting on stage with Taylor Swift.

“The band scored another hit with their bold, synth-driven single ‘Over My Head,’ joined for King & Country on the powerful hit ‘God Only Knows (Timbaland Remix),’ and released their acclaimed sophomore album, ‘Lonely Generation,’ in 2020.