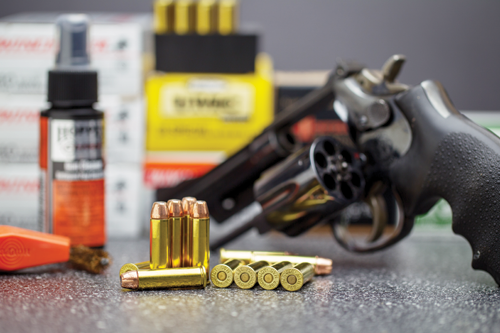 “I am pleased that the full Concealed Carry Improvement Act will stay in effect and continue to protect communities as the appeals process moves forward. My office will continue our efforts to protect the safety of everyday New Yorkers and defend our common-sense gun laws.”

The AG’s team said, “As a result of today’s decision, the full CCIA is in effect until a three-judge panel on the Second Circuit decides on the motion to stay.”

Earlier this week, James filed a motion for a temporary pause on the district court’s decision to stop enforcement of some parts of the CCIA. Today, an administrative stay was granted, pausing the decision until a three-judge panel of the Second Circuit acts on the motion.

The AG’s team continued, “The CCIA was passed during an extraordinary session of the Legislature and enacted earlier this summer in the wake of the U.S. Supreme Court’s ruling in New York State Rifle & Pistol Association v. Bruen. The law strengthens requirements for concealed carry permits, prohibits guns in sensitive places, requires individuals with concealed carry permits to request a property owner’s consent to carry on their premises, enhances safe storage requirements, requires social media review ahead of certain gun purchases, and requires background checks on all ammunition purchases.”

Gov. Kathy Hochul said, "The interim administrative stay of the district court's temporary restraining order is an important and appropriate step, and affirms that the Concealed Carry Improvement Act will remain in effect during the appeals process. My top priority will always be to keep New Yorkers safe, and we will continue working with the Office of the Attorney General to defend our gun safety laws."