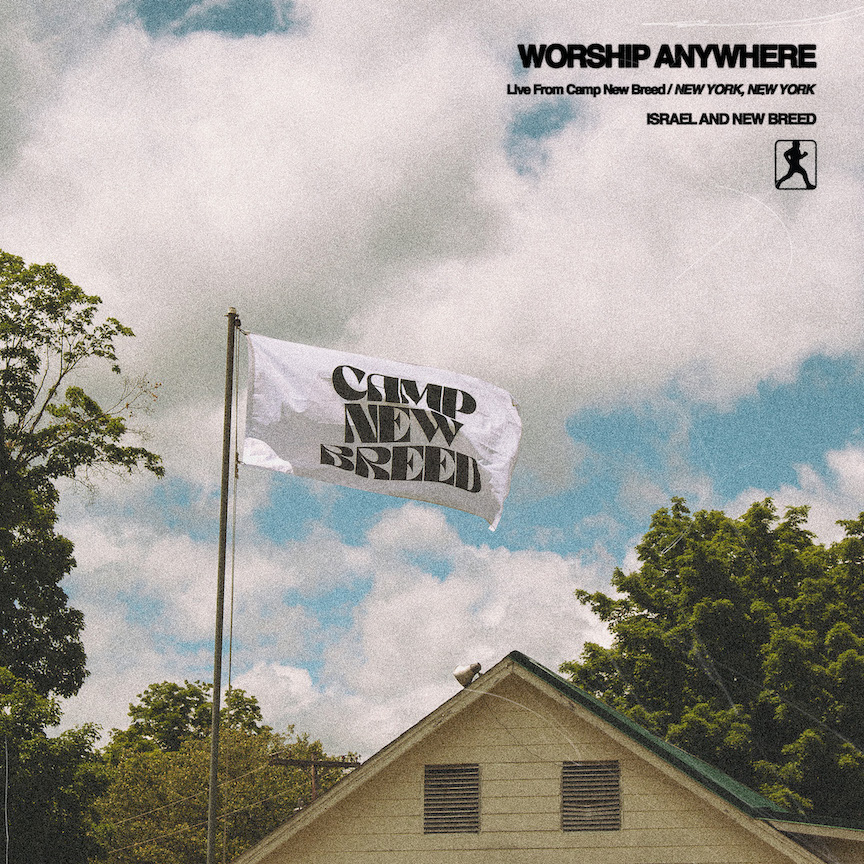 "My wife, Adrienne, always has these wild ideas at 5 a.m., and one day she said, 'I know what we're gonna do. We're recording the new record at a camp with adults,’” Houghton explained. “After thinking about it for a while, I was totally on board. We always say you can worship anywhere, and I think this project is a testament to that. It’s also a testament to the fact that, in today’s day and age, you can record anywhere, too. It was really important for this album – when you watch the videos and even when you just listen to the music – to feel like fans are truly immersed in the process; and I was like, ‘What is more immersive than 45 people in a circle in worship?’ Drop some mics into that – that's immersive. So, while the recording process was very challenging, it was also extremely rewarding and fun, and I hope fans feel like they are alongside us at Camp New Breed when they listen to this new music.”

Pulling from the group’s past work, the project opens with “New Breed Anthem,” a stomp-clap singalong that will get New Breed fans on their feet and ready to dive into the record.

A press release continued, “The thumping, fiddle-driven ‘Wrong About You’ (featuring Joe L. Barnes) is a must-listen for all who have experienced a troubled relationship with faith, as the group details the journey to opening their eyes to the joy that God truly brings. ‘Blessing and Honor’ (featuring Anna Sailors) is a simple, yet beautiful, worship anthem that flows straight into the powerfully harmonious anthem ‘Worthy.’

“New Breed strips back the noise on ‘Flow Like A River,’ taking a moment to reflect on the great healing works being done in our daily lives, before the high-octane energy returns on the heart-thumping call-and-response title track. The driving spirit continues in ‘Campfire Coritos,’ which features Israel’s wife, Adrienne Bailon-Houghton, and sister-in-law, Claudette Bailon, and is sung entirely in Spanish. The album closes with a compilation of traditional worship songs in ‘Spirit Medley.’ ”

Since the release of his first studio album in 1997, Houghton has looked to the live performance format as a means to blur the lines between band, family and audience, including 2004’s “Live From Another Level” and 2005’s “Alive in South Africa,” the latter of which won the Grammy Award for Best Traditional Gospel Album. Houghton would later take home three awards for Best Pop / Contemporary Gospel Album and eventually a Best Gospel Album award for 2015’s “Covered: Alive In Asia.”