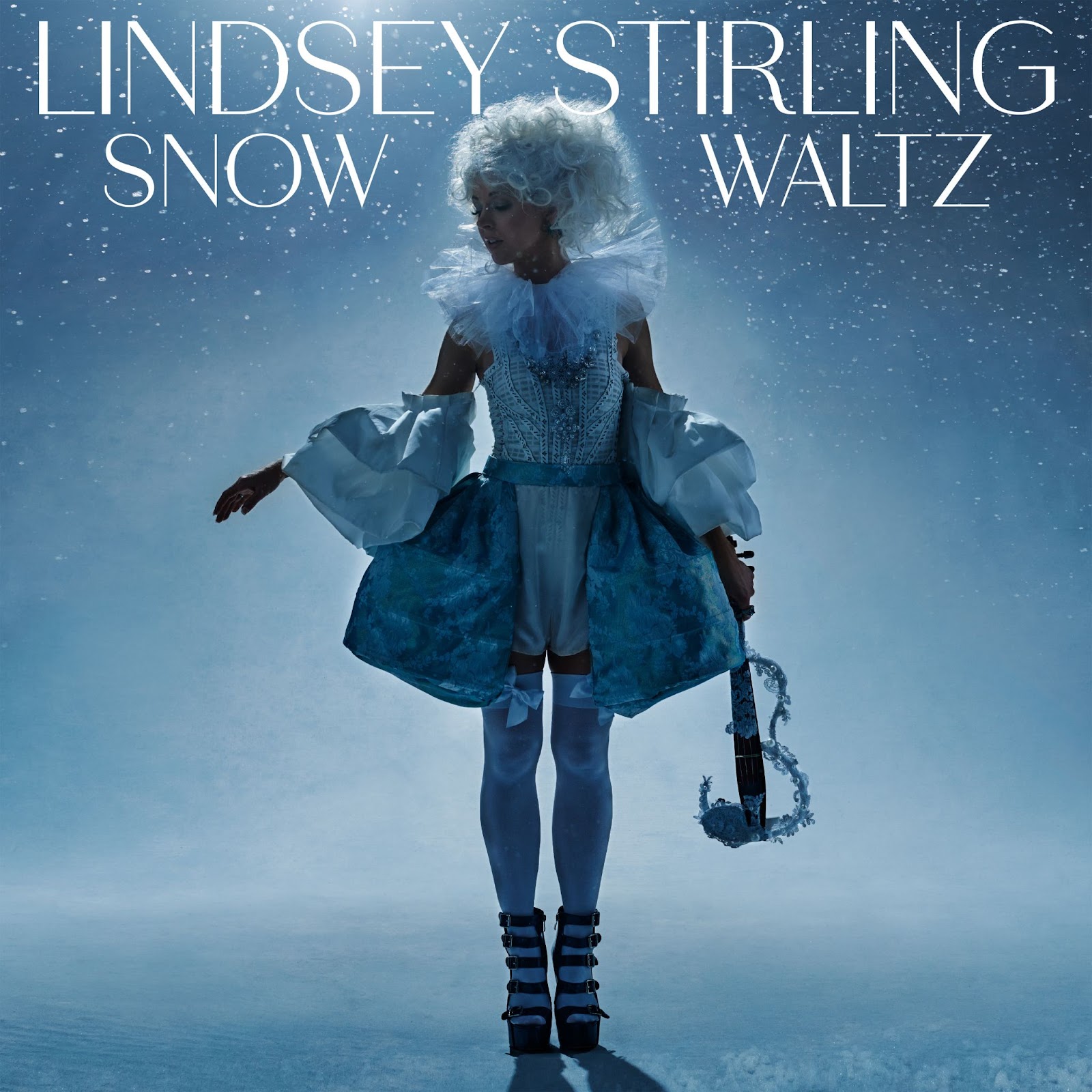 Her team said, “Laced with immersive arrangements and mesmerizing melodies, ‘Snow Waltz’ emerges as a remarkable new entry in the holiday-music canon, proving Stirling’s extraordinary gift as an instrumental storyteller.”

A press release said, “The video marries eeriness featuring skeleton makeup, rib cage costumes with the light-hearted side of Christmas and being home for the holidays. Stirling elegantly dances her way through a snowy room full of presents, Christmas trees and a feast filled table.”

As Popdust puts it, “Lindsey Stirling refuses to make a boring holiday album.”

“On ‘Joy to the World,’ for instance, another focus track, she joined forces with Gladius (longtime Grammy nominated producer with credits including Demi Lovato and Justin Bieber) and orchestrator Stephen Anderson to create a gloriously stomping, Celtic-inspired take on the 18th century Christmas carol.”

“Celtic was always my favorite music to play when I was younger; the rhythms felt way more exciting to me than the classical music you tend to perform in violin lessons,” Stirling said. “As I was choosing songs for the album, ‘Joy to the World’ really spoke to my Celtic soul, and it was so much fun to put together something that bounces so quickly from major to minor and back again.”

Her team said, On “God Rest Ye Merry Gentlemen,” Stirling delivers an elegant violin performance adorned with a beat-heavy track sprinkled with her hypnotic and heavenly vocals. In perfect contrast, flamenco-infused ‘Feliz Navidad’ is romantic, fun and upbeat, featuring Mark Ballas’ guitar playing talents (a dancer/choreographer/musician/actor who served as her partner on the 25th season of ABC’s ‘Dancing with the Stars’).

“ ‘Little Drummer Boy’ features a powerhouse performance from her longtime touring drummer Drew Steen, while ‘O Come Emmanuel’ unfolds with a brooding intensity that instantly lends the album an irresistible touch of drama. And in reimagining ‘Deck the Halls,’ Stirling deliberately pushed the boundaries of interpretation, weaving in elements of ‘O Come, All Ye Faithful,’ ‘We Wish You a Merry Christmas’ and ‘Silent Night’ to create a captivating medley that gracefully cycles through a dizzying whirlwind of time signatures.

“ ‘Magic’ ft. David Archuleta holds powerful significance for Stirling. The bittersweet but uplifting ballad was sparked from a profound moment of Stirling's life, when her sisters and mom shared loving and fun memories around her father’s passing.

The press release said, “Stirling’s unique interpretation of beautifully nostalgic holiday music will be more dynamic than ever; Consequence says, ‘the violinist has become a fixture of Christmastime concerts with her combination of cutting-edge performances that include dance, trapeze, lyra, and aerial work along with her signature genre-bending, amped-up orchestrations.’ ”

Stirling is an electronic violinist, dancer and artist who has humbly become one of the 21st century’s most innovative stars. Her groundbreaking vision has gained her millions of adoring fans worldwide, four Billboard chart-topping albums, and two Billboard Music Awards, including Top Dance/Electronic Album for her third studio release, “Brave Enough.”

Her holiday album, “Warmer in Winter,” catapulted to the No. 1 spot on Billboard, Amazon and iTunes holiday album charts upon release, and lead single “Carol of the Bells” made history as the only instrumental song ever to reach the Top 10 at AC Radio. Stirling has amassed over 12.5 million subscribers, nearly 3 billion views on YouTube, 3 million followers on TikTok, and over 500,000 user-generated creations across TikTok and Instagram reels.

In addition to this, Forbes placed her at No. 4 on its 2015 World’s Top-Earning YouTube Stars list, and her fifth studio album, “Artemis,” debuted at No. 1 on the Dance/Electronic Album Chart.

Stirling has performed for more than 800,000 people on her headline tours, and her co-headline tour with Evanescence was named one of Live Nation’s best-selling amphitheater tours of 2018.