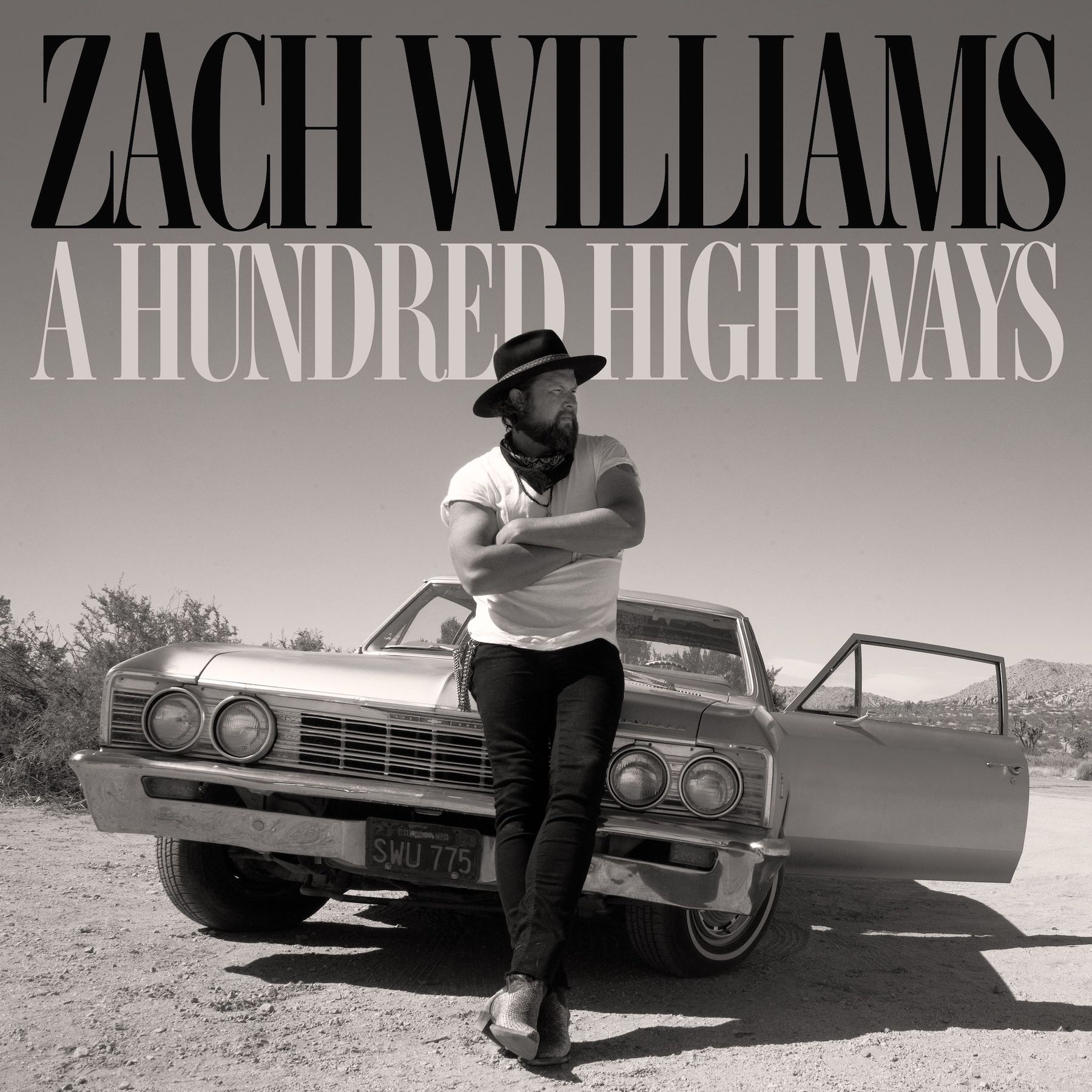 A press release said, “ ‘A Hundred Highways’ is Williams’ faith on full display from beginning to end, with each song built on his unchanging love for Jesus.”

He explained, “This record feels more like me than anything else I’ve done. It’s the most ‘Zach’ record I’ve made. I wasn’t concerned about if it fits in any certain pocket, I just wrote about my life experiences and the things I’m feeling and living.”

The press release said, “While the former album sang of redemption and God’s love, ‘A Hundred Highways’ is redemption lived out, forgiveness explored, and songs of love for his wife and family, all offering a true reflection of a man who’s found a savior and is never letting go.

“Each song offers his signature blend of country-meets-rock-meets-gospel, all expertly blended with his genre-defining vocals that deliver a life fully lived.”

The album's first single, “Heart Of God,” continues to make an impact around the world and, in its first week alone, received 1.5 million listens. Others include “Like A Billy Graham Revival,” a song that peeks into the singer’s childhood memories with his grandparents and traveling to concerts on weekends; "Jesus' Fault," the duet with country star Walker Hayes; and “Love Is A Battleground,” an ode for his wife, to name a few.

It was announced earlier this month that "There Was Jesus," Williams’ Grammy Award-winning song with Dolly Parton, became certified RIAA Platinum. They were able to share in the celebration of the song's success during Williams' taping for Parton's "Mountain Magic Christmas." The TV special is set to air this holiday season on NBC, along with Williams and guest stars including Jimmy Fallon, Billy Ray Cyrus, Miley Cyrus and Jimmie Allen.

Along with "There Was Jesus," Williams is also sharing many of his new songs on his current headlining tour. Running through Nov. 20, the fall trek is visiting 36 major markets. Additionally, for VIP ticketholders – and in partnership with the Salvation Army – for every VIP ticket sold, a food box will be given to a family in need in the community, providing enough meals to feed a family of four for an entire week.

The Salvation Army partnership will continue through the holidays, when Williams embarks on his “I Don't Want Christmas To End Tour.” Click here to find out more or for tickets.