Buddy Guy Stevens, 87, of Wheatfield, passed from this life on Sept. 28, 2022, at Our Lady of Peace Nursing Care Residence.

Born on Dec. 26, 1934, in Buffalo, he was the son of the late Frederick and Thelma (nee Smades) Stevens. On Aug. 19, 1972, Bud married Marlene Davis in St. Peter and Paul Roman Catholic Church in Williamsville.

Buddy attended schools in Buffalo and later moved to Sanborn, where he lived for over 40 years, and recently to Wheatfield. He worked for several local automotive shops, learning all aspects of the industry, and retired as a senior insurance appraiser for Commercial Union Insurance in Buffalo. Bud was a member of Immaculate Conception Church in Ransomville, and the Sanborn Historical Society. He enjoyed boxing, camping, writing, gardening, music and playing the organ. Buddy loved to travel, especially to Letchworth State Park.

Buddy was the beloved husband of Marlene, for over 50 years; father of Sandra Guerin and her daughter, Alexis Guerin; Mark Stevens and his children; late Michael Stevens and his son, Jesse; MaryRose Srock and her daughter, Crystal; and the late Robert Stevens and his daughter, Misty. He is also survived by great-grandchildren and several nieces, nephews and cousins. Besides his parents, Bud was predeceased by siblings June (late Robert) Collopy, Shirley (late William) Felschow and Fred (late Vicki) Stevens.

The family will be present on Friday, from 4-7 p.m., at the Otto Redanz Funeral Home, 2215 Military Road, Niagara Falls. Buddy’s Mass of Christian Burial will be celebrated on Saturday, Oct. 1, at 9:30 a.m. at Immaculate Conception Church, 4671 Townline Road, Ransomville, with the Rev. James Bastian serving as celebrant. Friends are invited. Prayers of committal and entombment will follow in Mt. Olivet Cemetery, Tonawanda.

Professional arrangements are under the care of the Goodlander family. Share condolences and view his tribute video at goodlandercares.com. 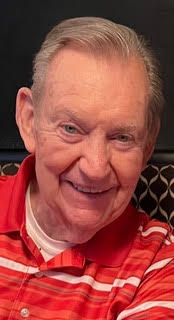