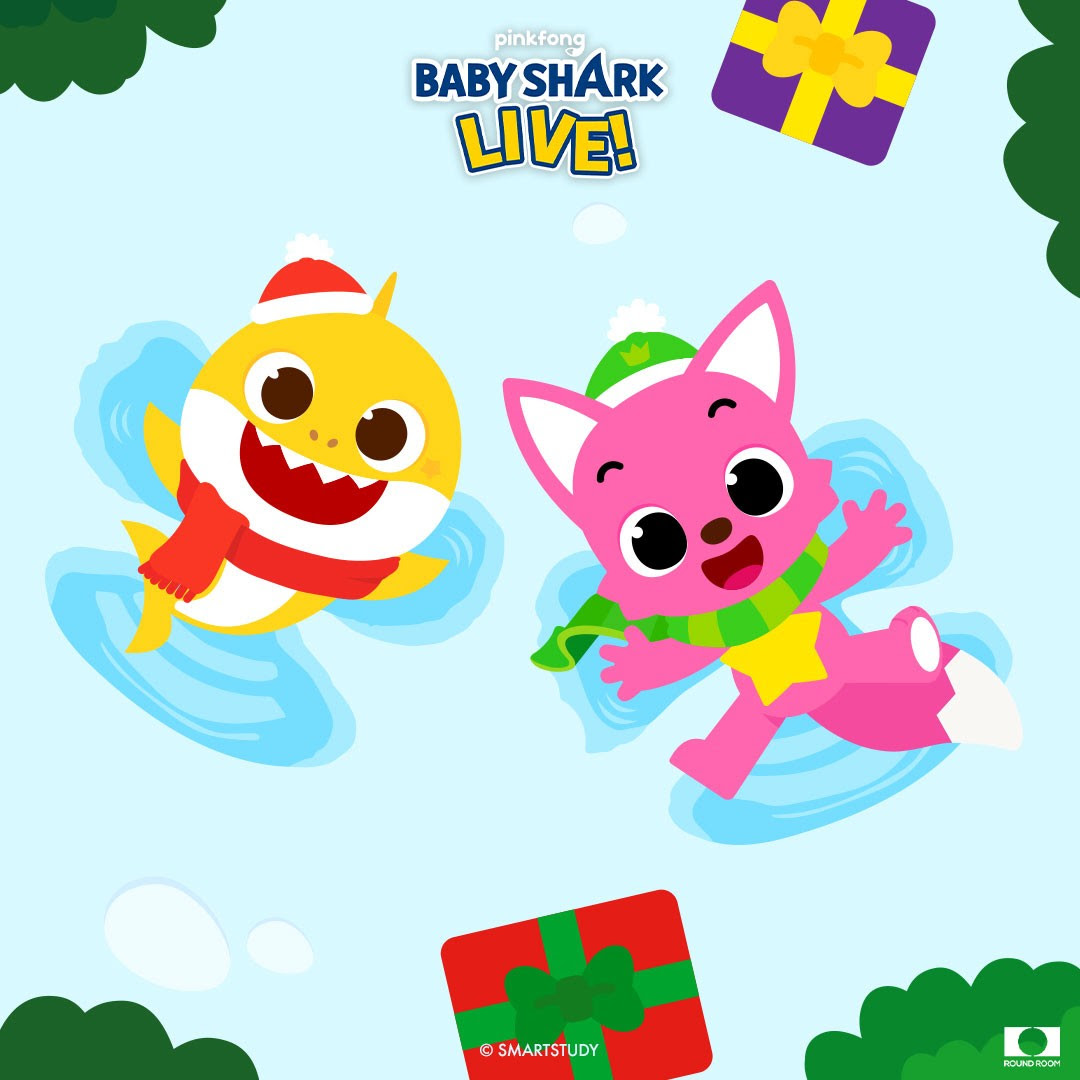 The Pinkfong Company and Round Room Live announced “Baby Shark Live!: The Christmas Show” will splash across North America this holiday season – including a special stop in Buffalo on Dec. 21, presented by Magic City Productions.

Tickets will go on sale at 10 a.m. Friday at Shea's box office and Ticketmaster.com. For additional information, visit Sheas.org.

“We’re excited for the incredible Christmas spirit of ‘Baby Shark Live!: The Christmas Show’ to be on stages across the country this year,” said Stephen Shaw, tour producer and co-president of Round Room Live. “We’re thrilled to bring Baby Shark and Santa to families this holiday season.”

The press release added, “This special holiday experience will have fans of all ages dancing in the aisles as they join Baby Shark and friends for exciting adventures into the jungle and under the sea to explore shapes, colors, numbers and so much more. Enjoy hit songs in this dazzling kids spectacular, including ‘Baby Shark,’ ‘Five Little Monkeys,’ ‘Wheels On The Bus’ and ‘Monkey Banana Dance,’ as well as holiday classics such as ‘Jingle Bells,’ ‘We Wish You A Merry Christmas,’ and more!”

Based on The Pinkfong Company’s viral sensation “Baby Shark,” the inaugural tour of “Baby Shark Live!” launched in the fall of 2019 and played to sold-out crowds across the country with record-breaking attendance in cities including New York City, Los Angeles, Chicago and Boston. The show, which has played more than 145 shows to date, was a favorite of both celebrities and press, including The New York Times, New Yorker, LA Times, CNN, “Today” and “Good Morning America.”

“Baby Shark,” The Pinkfong Company’s global hit song about a family of sharks, has climbed the charts and connected with fans around the globe. After entering the Billboard Hot 100 at No. 32, the song had a 20-week streak in the chart and became the only RIAA Diamond-certified children’s single.

The song became an anthem for the Washington Nationals during the 2019 season and persisted through their World Series win. The “Baby Shark Dance” music video became the first-ever video to hit 10 billion views on YouTube, making it the most viewed video in the history of YouTube. Nickelodeon is now airing “Baby Shark’s Big Show!,” a preschool television series starring the mega-popular Baby Shark.

Fans can visit babysharklive.com for tour dates and ticket information.