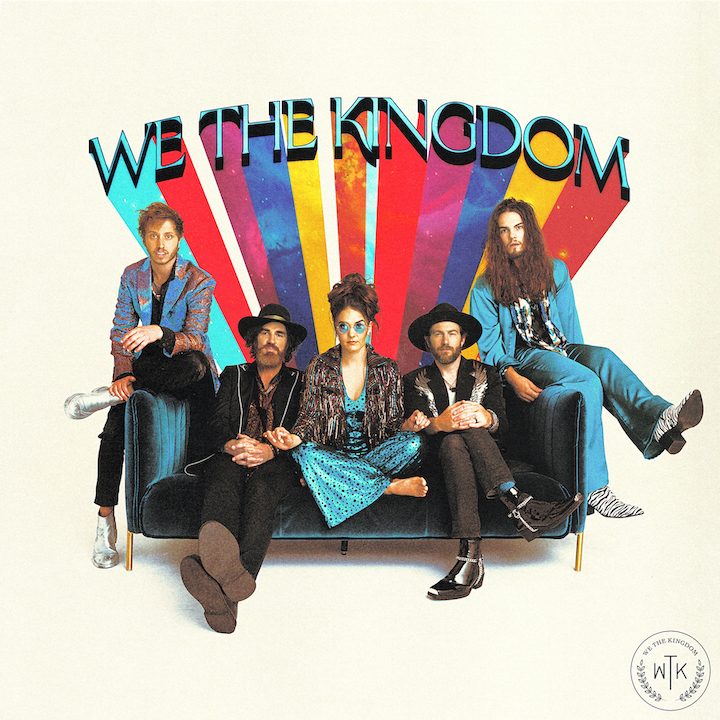 "We The Kingdom" album art courtesy of Shore Fire Media

On Friday, two-time Grammy-nominated band We The Kingdom releases its self-titled sophomore album via Capitol CMG.

A press release said, “The 13-track project not only features a genre-transcending blend of rock, country and gospel, but also draws inspiration from decades-worth of musical influences in a way only a multigenerational family band can.”

Listen to the album here: https://wtk.lnk.to/wethekingdom.

Written and recorded entirely in group member Ed Cash’s home studio and on tour, the eclectic collection of tunes “continues to build on We The Kingdom’s unique ability to break barriers through their genre-bending sound. Each track spotlights frontwoman Franni Rae Cash Cain’s incomparable vocal range alongside standout harmonies, while also highlighting the group’s undeniable musicianship.”

Setting the tone for the project, the group’s current radio single, “Miracle Power,” served as the album’s debut offering and is already a streaming powerhouse, landing on the cover of multiple playlists.

The band’s team said, “The stomp-clap, gospel-inspired singalong, ‘Left It In The Water,’ which the group debuted live on national television, has quickly become a fan favorite, while the final preview of the project, ‘God Is On The Throne,’ showcases another side to the lauded group’s genre-defying sound through its R&B-infused sonics. Debuting exclusively on Facebook this past Friday (Sept. 9), the group shared an impressive live spin on this fun-loving track, which was filmed at Franni's home and has already garnered millions of views. Watch it here.

“Nostalgia-driven influences are steeped heavily in the group’s rock ‘n’ roll-leaning power anthem, ‘Deep End,’ as well as ‘Mine,’ a track reminiscent of a harmonious, Fleetwood Mac-leaning ballad, which was just added to Triple A radio. (Watch the live performance of “Mine” here: youtu.be/RGhwy1kxm-0.) The impressive, stylistic variations continue throughout the entire project, with tracks including the moving piano ballad, ‘Count The Stars,’ swinging pop anthem, ‘If I Gave You My Heart,’ and the country-infused, praise-inducing tribute, ‘Jesus Does.’

“The album closes with the group’s most autobiographical release to date, a simple, yet powerful ballad titled ‘Family,’ which details the ups and downs that come with navigating life – and a career – together, as a family unit.”

Known for the Billboard Music Award-nominated and chart-topping 2019 album debut “Holy Water,” We The Kingdom, who is nominated for Artist of the Year at this year’s Dove Awards, is comprised of brothers Ed Cash and Scott Cash, Ed's children Franni Rae Cash Cain and Martin Cash, and close family friend Andrew Bergthold, who all came together as musicians during a life-changing Young Life experience.

We The Kingdom is set to hit the road on a headline trek, “We The Kingdom LIVE,” with Cory Asbury, which kicks off Sept. 29 in Tampa. For more information, visit wethekingdom.com.