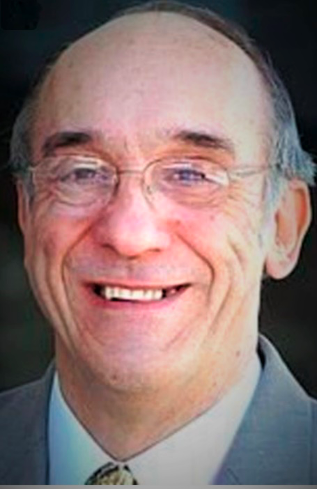 He was born in Buffalo to Robert and Sophia (Pat) Wolcott. He attended St. Monica’s School until the family moved to West Seneca in 1951. He graduated from St. William’s Grade School in 1955, Bishop Timon High School in 1959, and the University of Buffalo in 1967. While in the United States Air Force, he was stationed at McGuire Air Force Base from 1961 to 1965 and studied at Trenton State College. While in the Air Force, he flew space available to England and toured six countries, guided by the book “Europe on $5 a Day.” He once thumbed about 400 miles from New Jersey to West Seneca just to have a story to tell his future grandchildren. He was a member of the Winchester Volunteer Fire Co.

He began a 37-year career in sports reporting at the Niagara Falls Gazette in 1967. He became sports editor in 1973. Wolcott worked as a reporter at the Lockport Union Sun & Journal in 2003 until his retirement in 2013.

At the Gazette, Wolcott covered hundreds of local games and reported on thousands more. A witness to the professional sports boom, Wolcott reported on the Buffalo Bills, Bisons, Sabres and Braves, as well as WABC bowling, PAL State Boxing Championships, arm wrestling, pocket pool, and bodybuilding. He watched the Niagara County Community College basketball team reach the national tournament in Kansas, and Niagara University go to the NIT finals at Madison Square Garden.

Wolcott covered the historic Summit Hockey Series between Canada and the USSR for the Gazette and Gannett News Service in 1972, and corresponded from Montreal, Toronto, Winnipeg, Vancouver and Moscow. A training camp photo he took in Toronto captured the first hard news of the eight-game series and appeared in several newspapers, including the New York Times. He covered the Buffalo Sabres in the Stanley Cup finals, the Buffalo Braves in the NBA playoffs, and the Buffalo Bills in four separate Super Bowls.

Wolcott won Best of Gannett and Best of Associated Press awards. His “Pigskin Prophets” poked fun at football prognostication, as he brought Gazette readers in touch with various celebrities such as the last man on the moon (Gene Cernan); the treasurer of the United States; and Morganna, the Kissing Bandit. He was inducted into the Niagara Falls Sports Hall of Fame.

In Lockport, he wrote stories of war veterans, localized the Cuban Missile Crisis and humanized the closing of three Catholic churches. He sang “Heart of My Heart” while delivering flowers on Mother’s Day.

Wolcott was an adjunct professor at Niagara University and Buffalo State College for two decades. He was also the moderator of the Index, the NU college newspaper.

A genealogy enthusiast, he traced his family roots to England in the 1500s. He was a son of the American Revolution, and his ancestor, Oliver Wolcott of Connecticut, signed the Declaration of Independence.

On Columbus Day 1976, Bill married Maria de Rosa at Prince of Peace Church in Niagara Falls. He forever called her “My Bride.” In addition to his wife, Bill is survived by their three children: Sarah Elizabeth Nelson; Gregory D. Wolcott, Ph.D.; and Heather Anne Hoffman. They have 10 grandchildren: Kirsten, Kaitlyn, Dominic, Nicholas and Luke Nelson; Robert, Vincent, Zachary, William and Isabelle Hoffman; and dozens of nieces and nephews. Bill is survived by his siblings: Mary, Monica, Robert, Marjory, Richard, Michael and Patrick, and their families.

A well-seasoned and prolific professional sports writer, Wolcott was a genuine and humble man with an understated sense of humor. His favorite Latin expression was “Semper ubi sub ubi.” Everyone he met liked him and had great words to say about him. He loved God, his family, and his country.

A Mass of Christian Burial will be celebrated on Saturday, Sept. 17, at 10 a.m. at St. Vincent de Paul Parish (Prince of Peace site).