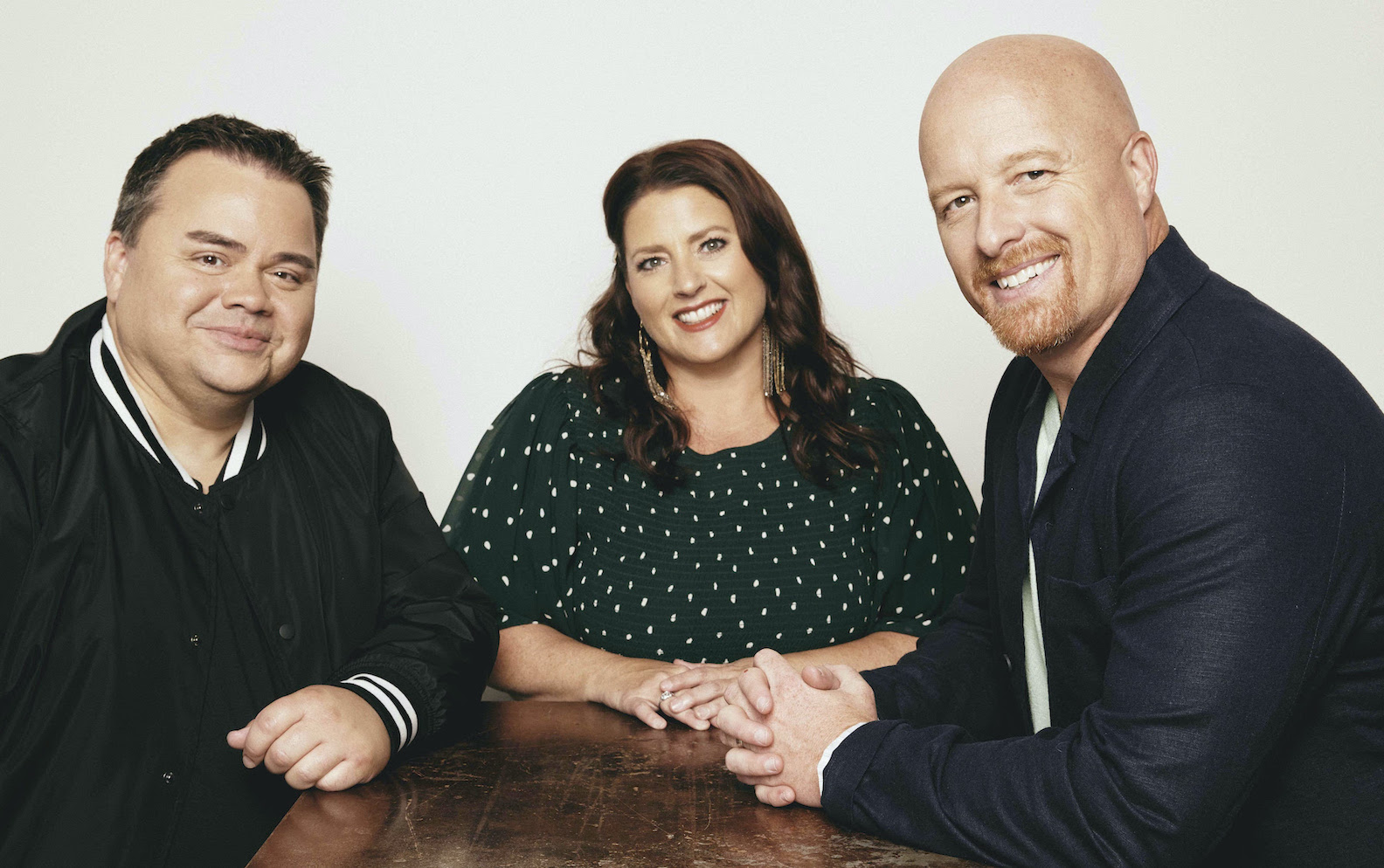 Renowned for their impassioned interpretations of timeless hymns and classic songs of faith, 11-time GMA Dove Award-winning vocal trio Selah is celebrating 25 years in Christian music with the release of two anticipated full-length recordings this fall.

Adding to a discography showcasing Selah’s signature take on some of the most popular Inspirational songs of all time, “Greatest Hymns Vol. 3” bows Oct. 14, alongside “At This Table: A Christmas Album.” Both projects – releasing via the group’s label, 3Cre8tive – will be available exclusively at national retail with various singles slated for digital release.

•“Greatest Hymns Vol. 3”: Selah’s third “Greatest Hymns” compilation delivers 13 piano-driven arrangements of genre-spanning favorites. Produced by Jason Kyle Saetveit, the album features such Sunday morning standards as “Blessed Assurance” and “Oh, How I Love Jesus”; an emotive new rendition of the iconic Imperials/Russ Taff anthem “Praise The Lord”; and the “Twila Paris Medley,” a tribute to one of Christian music’s seminal worship singer/songwriters. The project’s forthcoming single, “Put Your Hand In The Hand,” a rootsy, blues-infused cover of the 1970s pop-gospel classic, is slated to hit streaming platforms Sept. 30.

“I am so excited about both projects we're releasing this year, but the hymns album is especially close to my heart,” Selah’s Allan Hall said. “It harkens back to the spirit of our very first album, ‘Be Still My Soul,’ which was filled with hymns and classics set to simple piano/vocal arrangements. We wanted to involve our fans in selecting the songs this time around, so, after receiving thousands of responses with many wonderful suggestions, we narrowed it down to the most requested songs and got to work. I’m pleased with how the project has turned out, and I truly hope our fans enjoy it. This album was made for them with much thought, care and love.”

•“At This Table: A Christmas Album”: Continuing a milestone year, Selah is also set to release “At This Table: A Christmas Album” Oct. 14 – their first new holiday recording since the 2002 classic “Rose Of Bethlehem.” Showcasing a range of modern and traditional songs of the season, the 10-song set was produced by Saetveit and Chris Bevins. The orchestrated title-cut – co-penned and originally recorded by stage and screen star Idina Menzel – “encapsulates the album’s theme, welcoming listeners into a poignantly reflective Christmas collection,” a press release noted. The song will be available on streaming platforms Nov. 4.

“I first heard ‘At This Table’ in a coffee shop and it stopped me in my tracks,” Selah’s Amy Perry remembered. “It so resonated with me because I’m from a large family with several siblings adopted through the foster care system – and now my own family is on a foster care journey, as well. No family sees eye-to-eye all the time, but my parents were adamant that, no matter the differences, their home and hearts were always open to us. That’s a picture of how Jesus feels about us, too. No matter the circumstance, we are always welcome at his table.”

Additional highlights of “At This Table” include the carols “Away In A Manger (Sweet Melody),” “It Came Upon The Midnight Clear” and “The First Noel”; as well as contemporary Christmas tracks “The Night That Love Was Born” and “Mary Had A Little Lamb.”

•“Selah – 25 Years”: A press release noted, “Since the release of their watershed debut, ‘Be Still My Soul,’ Selah has become one of the most beloved groups in Christian music with more than 750 million streams and over 4 million albums sold. The trio’s genre-spanning renditions of cherished hymns and Inspirational classics, as well as their signature originals, have been beacons of hope and healing to listeners around the world for 25 years.”

“There have been many highlights in our career so far, including performing at Carnegie Hall; singing at the U.S. Capitol and the Pentagon after Sept. 11, 2001; making our debut on the Grand Ole Opry; and headlining the historic Ryman Auditorium,” Selah’s Todd Smith said. “However, the stories of how God has spoken to others through our music mean the most to us.

“We received a letter from a lady recounting a dark moment when she felt she had nothing to live for and was on the verge of ending her life with a handful of pills. She cried out to God and said, ‘Jesus, if you are there and if you care, will you show me?’ Her clock-radio alarm suddenly switched on, tuned to a Christian radio station she’d never listened to. Our song ‘Press On’ was playing. ‘When the valley is deep/When the mountain is steep/When the body is weary. … In Jesus’ name, we press on. …We find the strength to press on.’ In that moment, she put down the pills. I'm so grateful that God has used us in his story for the past 25 years.”

Selah’s anthems include “You Raise Me Up,” “Press On,” “Wonderful, Merciful Savior” and the multi-week No. 1 hit, “You Amaze Us,” among numerous others. Comprised of Smith, Hall and Perry, the group has garnered 11 Gospel Music Association Dove Awards – including seven Inspirational Album of the Year trophies – two Gold-certified albums, and eight No. 1 singles to date.