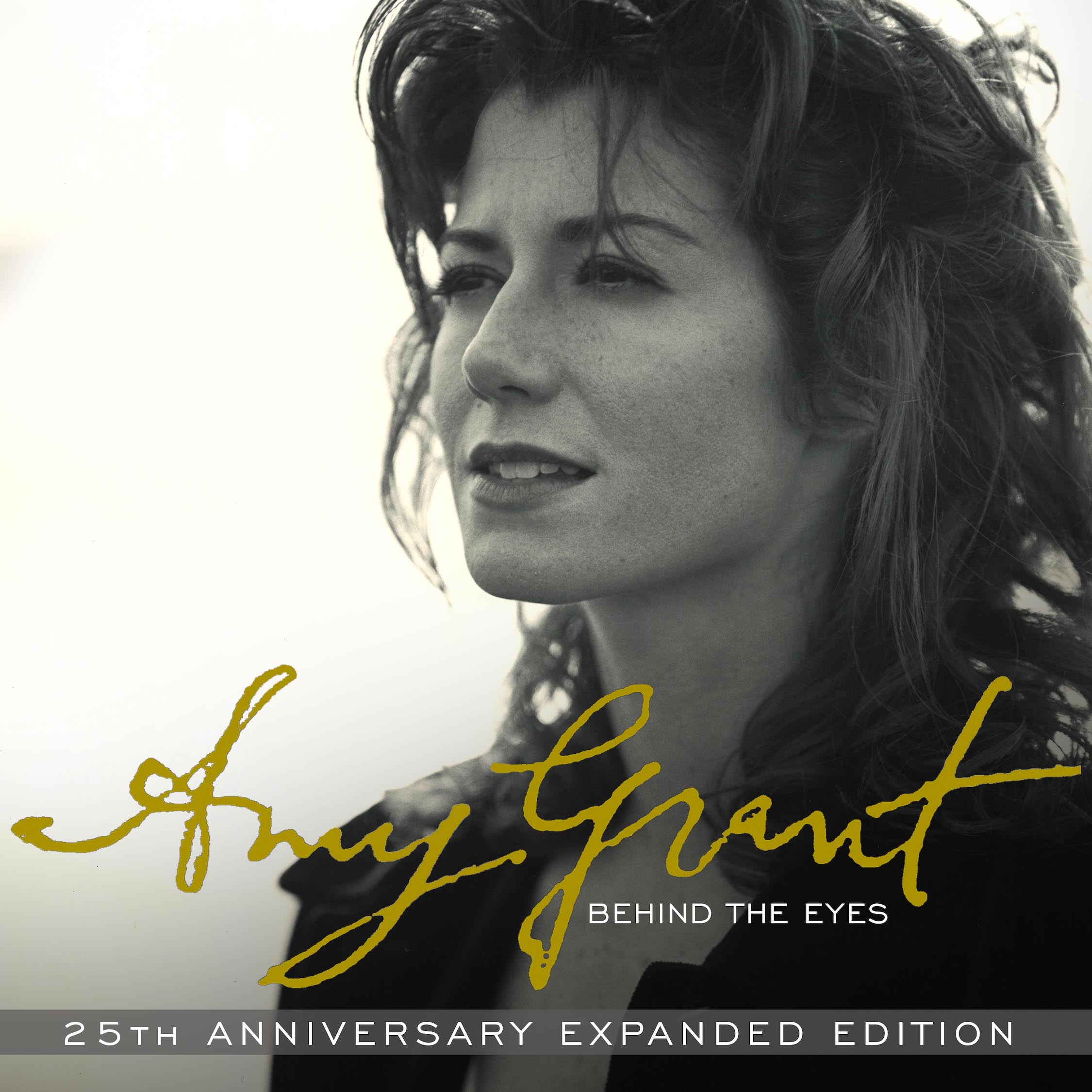 Earlier this spring, Grant reflected on the experience of writing and recording these songs she calls "Snapshots of life," and how "Rediscovering so many unreleased tracks was like finding an old roll of undeveloped film 25 years after taking the pictures!"

Featuring the original 12 tracks completely remastered, the 25th anniversary expanded edition also includes 18 bonus tracks comprised of previously unreleased songs, B-sides and demos from the original “Behind The Eyes” recording sessions. Two of the bonus tracks, “I Will Be Your Friend (2022 Version)” and “Turn This World Around (2022 Version),” were newly reimagined by producer Keith Thomas.

Along with the digital release, a triple-vinyl package featuring expansive narratives from Grant and producers Thomas and Wayne Kirkpatrick sold out its initial run in two days, but is available for order once again at AmyGrant.com. Fan excitement for this project is at such an all-time high that Grant’s fans also petitioned for the collection to be available on CD. Her team quickly responded and made a two-CD version of the project available. 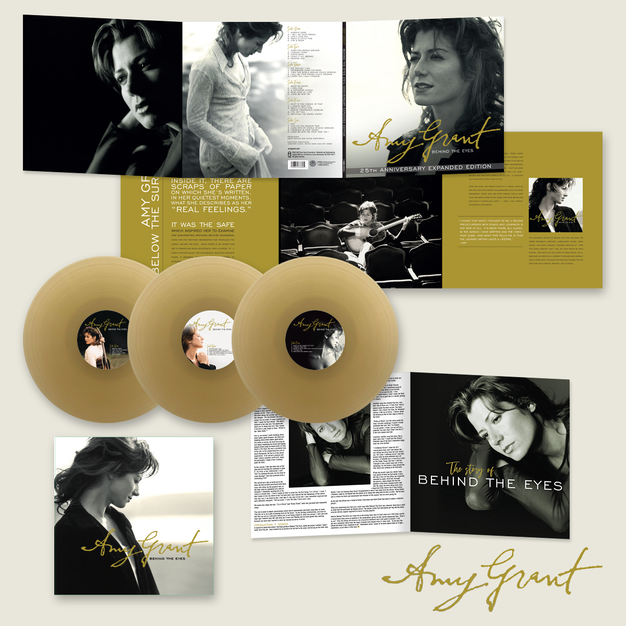 Over the next two months, lyric and visualizer videos for all 30 tracks will be available, along with a social media blitz with never-before-seen photos, videos of archival footage from the original project's release. Next week, “The Story Of Behind the Eyes” podcast with Kirkpatrick, Thomas and Grant's longtime manager Jennifer Cooke, will hit on YouTube, with the three sharing stories, songs and more about the making of “Behind The Eyes (25th Anniversary Expanded Edition).”

Grant’s team said, “ ‘Behind The Eyes’ was one of Grant's most critically acclaimed albums, and a landmark release showcasing the singer-songwriter side of Amy with one of the most honest and vulnerable grouping of songs in her award-winning catalog. Her 12th studio album, ‘Behind The Eyes’ debuted at No. 2 on Billboard’s Christian albums chart and No. 8 on the Billboard 200, spawning two top 10 hits with ‘Takes A Little Time’ and ‘Like I Love You.’ 2022 marks the first time the original album and the 18 bonus tracks will be available on vinyl.”

Grant's management recently announced the postponement of her previously scheduled tour dates in September and October due to needing more time to recover from injuries and a concussion sustained in a bicycling accident that occurred in Nashville on July 27. All concerts will be rescheduled throughout February-April 2023, and tickets will be honored at the new dates. For further updates, visit amygrant.com.

Grant’s team said she “is feeling better each day, and is looking forward to getting back on the road in November and December for a Christmas tour with Michael W. Smith, as well as her annual ‘Christmas At The Ryman’ residency with her husband, Vince Gill.”

In the midst of both, Grant, along with four other esteemed honorees, will receive the Kennedy Center Honor for lifetime artistic achievements on Dec. 5 during  The John F. Kennedy Center for the Performing Arts' 45th annual national celebration of the arts in Washington, D.C. Grant's fellow honorees are acclaimed actor and filmmaker George Clooney; the legendary singer of soul, gospel, R&B, and pop Gladys Knight; Cuban-born American composer, conductor and educator Tania León; and iconic Irish rock band U2, comprised of band members Bono, The Edge, Adam Clayton and Larry Mullen Jr.

In addition to her six Grammy Awards, Grant has earned 26 Dove Awards (including four Artist of the Year Awards) and has been awarded a star on the Hollywood Walk of Fame as well as the Music City Walk of Fame and the Nashville Songwriter's Hall of Fame.

Conventional wisdom has it that Grant put contemporary Christian music on the map becoming the first CCM artist to have a Platinum record, the first to hit No. 1 on the pop charts and the first to perform at the Grammy Awards. With that, her legacy as one of the most influential artists of the past four decades is assured.

2022 promises to be a busy year with touring. Additionally, it marks anniversaries of her Platinum-selling classic “Age To Age” and the Gold-selling “Behind The Eyes” albums.