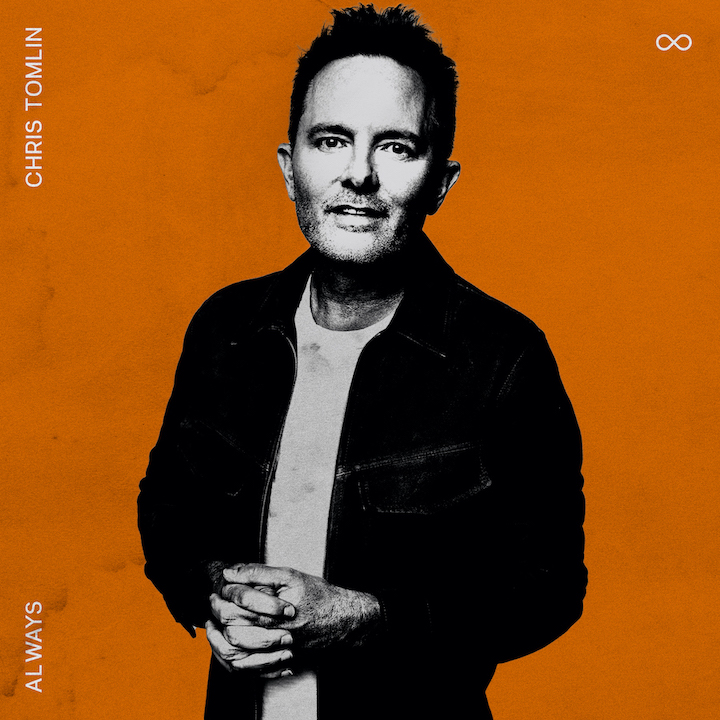 Grammy-Award winning artist Chris Tomlin is releasing his 17th album today, a new full-length worship project titled “ALWAYS.” The album contains 13-tracks, all of which were co-written by Tomlin, except for the classic by Keith Green, “Oh Lord, You’re Beautiful.”

The title-track “Always,” the album’s first single, is a nod to Hebrews 13:8, “Jesus is the same yesterday, today and forever.” Featured guests on “ALWAYS” include Elevation Worship, Steffany Gretzinger and Brandon Lake. The project was produced by Ben Glover, Jeff Sojka, Bryan Fowler, Ed Cash, Jonathan Smith and Dave Haywood of Lady A. Get the album here.

The Tennessean claimed, “For three decades, Christian musical artist Chris Tomlin's been as much a faith leader as a songwriter, able to parlay his faith in spirituality into influential and popular music. Via ‘Always,’ his seventeenth album out on September 9, he surges forward from leader to legend in the worlds of gospel and contemporary Christian music. … The 17-time Christian radio chart-topper releases new music that cements his legendary status in the genre.”

Tomlin said, “I have had the great privilege of writing and recording songs for most of my life, and yet I still never feel like I truly finish a record. … I just release a record. … And this project is no exception. These songs are another step towards my ongoing desire to help give people a voice to worship God. Over the years, I have come to realize that, the older we get, the more questions we have about life; and while I have never claimed to have all the answers, my prayer is that these new songs of worship help point people to the one who does.”

Tomlin and Erica Campbell will co-host the 53rd Annual GMA Dove Awards to be held in Nashville on Oct. 18, exclusively airing on TBN and the TBN app on Oct. 21 (8 p.m. ET).

He is set to perform “Holy Forever,” an early release from the album, on “The Kelly Clarkson Show.” This track has garnered traction from fellow artists, worship leaders and churches across America who have all performed the song in the weeks leading to the album’s release. Air date will be announced soon.

Tomlin recently celebrated the upcoming release of “ALWAYS” with his label Capitol Christian Music Group, where he was surprised with a presentation marking 12 million in career global album equivalents coming off the heels of the success of his No. 1 debuting album “Chris Tomlin & Friends.” The album included Tomlin’s second-longest-running No. 1 song, “Who You Are To Me,” featuring Lady A, which topped the charts for six consecutive weeks, and debuted at No. 6 on the Billboard country albums chart.

A press release said, “TIME magazine heralded Chris Tomlin as the ‘most often sung artist in the world,’ as his music has inspired and uplifted an entire generation of believers. Along the way, Chris has scored 17 No. 1 singles at radio, placed 29 Top 10 hits (more than any other Christian artist), sold more than 9 million albums – with 5.6 billion career global streams – earned a Grammy, three Billboard Music Awards, 27 Dove Awards, became a two-time BMI Songwriter of the Year honoree, and an ASCAP Songwriter of the Year. In 2016, he was named one of only four artists ever to receive the Sound Exchange Digital Radio Award for over 1 billion digital radio streams, alongside Justin Timberlake, Pitbull and Garth Brooks. Chris is also the first Christian artist to reach the Billion streams threshold on Pandora and was presented with their BILLIONAIRE award.”