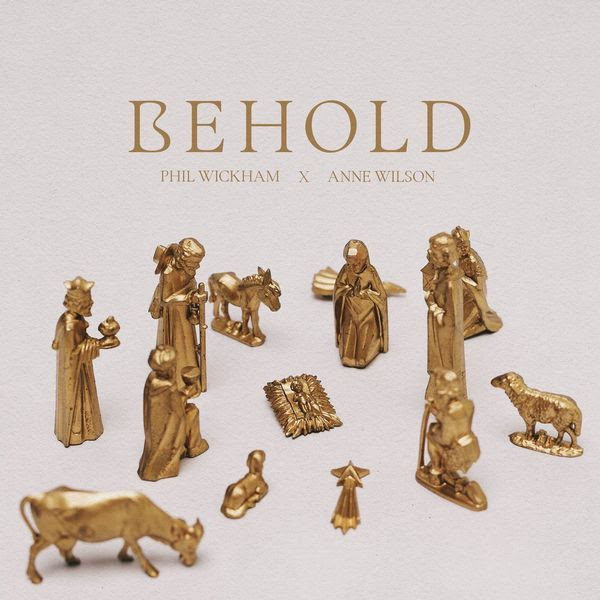 Worship leader Phil Wickham has released a brand-new Christmas song for the church that is available now. The song, "Behold (ft. Anne Wilson)," is designed to bring worship into the holiday season.

"What a joy it is to release my new Christmas single 'Behold,' " Wickham shared. "I love how this song balances both new and familiar Christmas lyrics, and I can’t wait to sing this one with the church.”

Wickham is known not only for his countless songs sung in churches around the world including his RIAA Platinum-certified song, "This Is Amazing Grace," but for his Christmas music. He's released several Christmas projects, including the most recent: “Christmas: Acoustic Sessions” (2020) and “Christmas” (2019).

Wickham said, "I wrote 'Behold' last Christmas season, and I knew that I wanted someone to join me in singing it. When I heard her song on the radio, ‘My Jesus,’ I knew I had to have Anne sing with me. Thanks to the very talented Anne Wilson for joining me on it. It is going to be so special to do these Christmas shows with her. They are going to be powerful!"

His latest project, “Hymn of Heaven” (2021, Fair Trade Services), was written during a year when the family of God couldn’t physically gather in houses of worship around the world.

Wickham’s team said his music has received hundreds of millions of streams across his catalog and platforms, with his discography including eight full-length projects, multiple Christmas releases, “and a series of popular singalong records that capture Wickham’s songs doing what they were always meant to do – giving people the language to sing to God.”

To find out more, visit www.PhilWickham.com.

Singer/songwriter Wilson knows the healing power of music firsthand. The lyrics of Hillsong Worship’s “What A Beautiful Name” became a lifeline for the Kentucky native after her brother was tragically killed in a car accident at the age of 23.

Although she spent much of her childhood behind a piano, Wilson sang in front of an audience for the first time at her brother’s funeral. It was at that moment she realized what she was born to do. A video of her moving performance organically circulated, eventually landing her a record deal.

Her team said, “With a mesmerizing voice and a visible hunger for Jesus, the 20-year-old relies on personal journal entries and time spent in nature for songwriting inspiration.

“Wilson’s introductory track, ‘My Jesus,’ is a warm invitation to experience her savior in the same intimate way she knows Him.”

She released a debut three-track single – also titled “My Jesus” – for Capitol Christian Music Group in early 2021, and followed it up with a live EP, “My Jesus (Live in Nashville).” Wilson made her Opry debut on the iconic stage in September 2021. She was featured in Billboard Magazine as the October 2021 “Chartbreaker” artist.