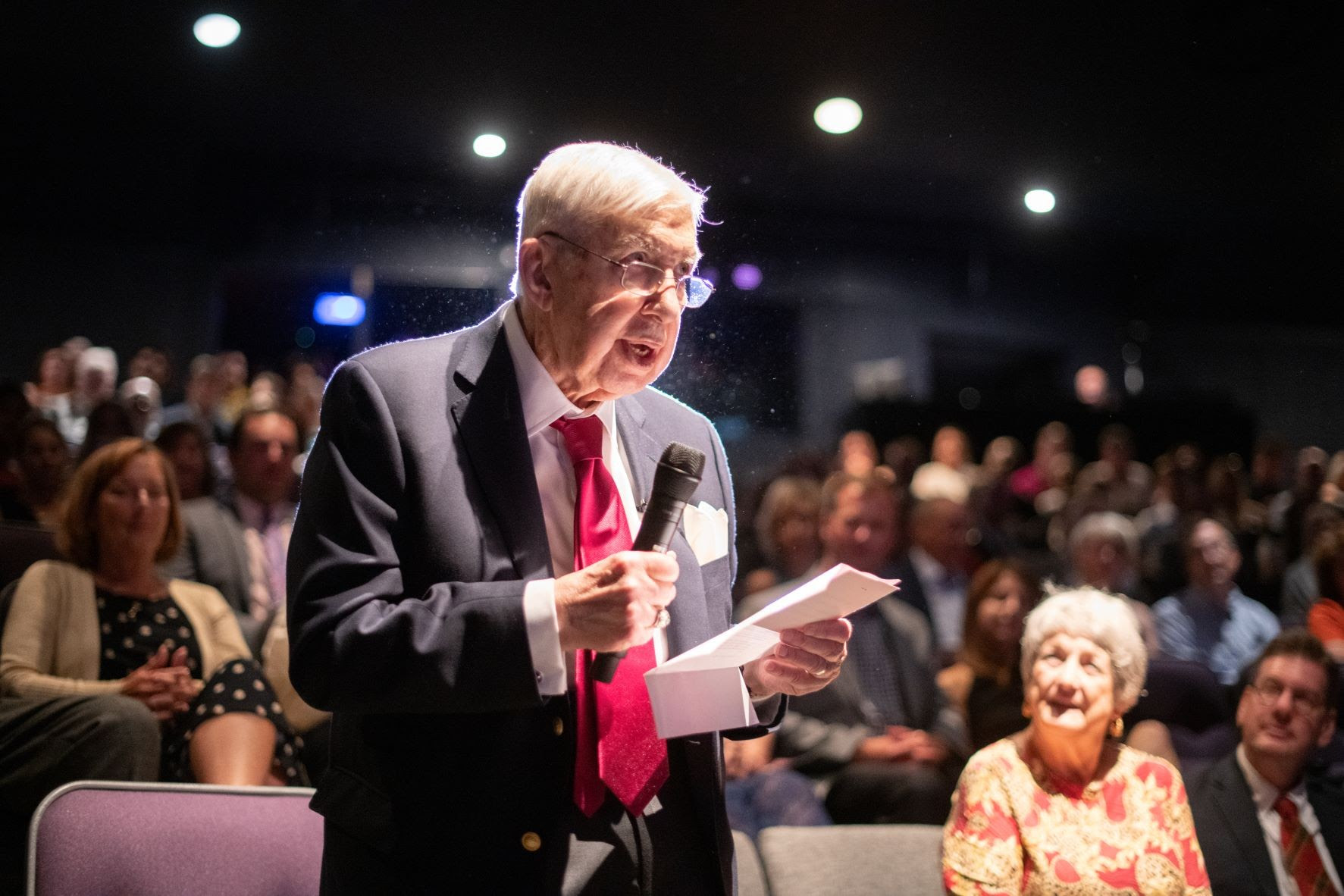 The Michael Shea Lifetime Legacy Award, established in 2019, was created to recognize those who have worked tirelessly to advance the extraordinary vision and legacy of renowned Buffalo entertainer and founder of Shea’s Buffalo Theatre, Michael Shea. Recipients of this award are both nominated and recognized for devoting a significant portion of their life’s work supporting the value of Shea’s in the community and their commitment to ensuring this historic performing arts campus flourishes for present and future generations.

The first recipient of The Michael Shea Lifetime Legacy Award was Albert Nocciolino, Shea’s longtime presenting partner and president of NAC Entertainment. Fagan is only the second individual to receive the honor.

A press release noted, “Nocciolino introduced Fagan to the stage, sharing many memories of their time working together. The award recognized Fagan for his years of dedication and leadership as the president of Shea’s. By working with Nocciolino, Fagan’s foresight for the Bank Broadway Series, now sponsored by M&T Bank, helped propel Shea’s to one of the top one-week markets for touring Broadway in the entire country. In his last season (2001-02), Shea’s brought in 300,000 patrons, proving Shea’s transitioned from a rental house to a nationally recognized presenting arts center.

“The centerpiece of his 16-year tenure was the construction of a $15 million, state-of-the-art stagehouse that was completed in April 1999, just in time to open a four-week premiere engagement of ‘The Phantom of the Opera.’ This opened the door for larger productions – including ‘Miss Saigon,’ ‘Disney’s The Lion King,’ ‘Wicked’ and ‘Hamilton’ – to grace the stage at Shea’s Buffalo Theatre.

“Additionally, Fagan recognized that, while increasing the potential for touring productions, it was also just as essential to prioritize the restoration of the theater. Engaging the talent of restoration consultant Doris Collins, Fagan kick-started a 25-year effort to restore the wonder to Shea's Buffalo Theatre, now heralded by many as the ‘crown jewel of downtown.’ The theater is a destination not just to experience a show, but also awe-inspiring architecture that is the envy of other cities across the country.”