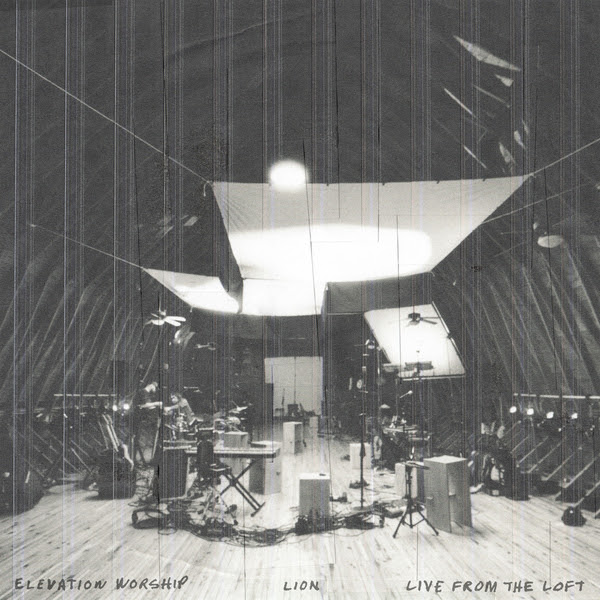 Album cover for "LION: Live From The Loft" by Elevation Worship courtesy of Merge PR

On Friday, Elevation Worship released “LION: Live From The Loft.” Encompassing 10 tracks, the uniquely created album offers six reworked songs initially from the “LION” album, which was released in March, along with a few brand-new tracks. Click here to listen.

Earlier this summer, the Elevation Worship team brought its church community to a newly restored barn near their home base in Charlotte, North Carolina. In the barn's loft, musicians gathered to worship – and “LION: Live From The Loft” came to fruition. It offers different acoustic versions of “LION” songs such as "Same God," "What I See," "Forever YHWH," and the title track.

"It was an amazing time to spend a day worshiping together in that space as a church family," said Chris Brown, Elevation Worship's worship leader and one of their primary songwriters. "We just pressed record as we worshipped, and now we have these alternative versions from ‘LION,’ along with some new songs."

One of those new songs, "Lamb," aptly merges with the title track.

"I love having this partnering song that magnifies another facet of who Jesus is," Brown explained. "In scripture, we see Jesus not just as lion but also the lamb of God who takes away the sins of the world. This song is a call to surrender our lives for a greater purpose and mission: total devotion to Jesus."

“LION,” the group's 14th project to date, is a 15-track collection that “blends high-energy power anthems with stripped-down quieter moments, unconventionally mixing studio selections and live recordings, taking listeners on an inspiring journey, offering songs primed for church, for everyday worship, and for personal reflection. With cover art revealing a meek and spotless lamb, the album's title is a glimpse into the contradiction of Christ.”

“There’s a lyric in the song ‘LION’ that says, ‘Like a lamb you suffered, but the Lion has arose,’ ” Brown said. “In the wildest plot twist, Jesus conquers death once and for all, but instead of doing it by a forceful takeover, he conquers through crucifixion. The lion conquers by suffering as a sacrificial lamb.”

“LION,” a press release noted, “ushers Elevation Worship into a brave, uncharted chapter of artistry. They’re not only a collective capable of offering spirited power ballads that summit radio charts, they’re also adept at penning songs meant for quiet moments of private devotion – and it’s all simply an overflow of what’s already happening in the hearts of their church family.”

The group took its songs on the road this spring, beginning in April, joined by Pastor Steven Furtick, for the spring arena tour “Elevation Nights.” Their summer tour 2022 wraps this weekend, with a show in Pittsburgh, followed by one Philadelphia and another at New York City's Radio City Music Hall. Then this fall, “Elevation Nights” with Pastor Furtick heads to the West Coast. Tickets are on sale now at ElevationNights.com.

Elevation Worship is the worship ministry of Elevation Church, a multisite church based in Charlotte led by Furtick. Elevation Worship has produced 15 albums that include American Christian radio No. 1 songs “Graves Into Gardens" and "RATTLE!" plus RIAA Gold-certified songs "Jireh" and “The Blessing,” and RIAA Platinum-certified and American Christian Radio Top 5 song “O Come to The Altar.” The group currently has 10 songs on the CCLI Top 100 list.

The press release said, “The ministry of Elevation Worship is passionate about producing songs for the local church that connect others to God. Their main priority is to create an atmosphere of worship so people can encounter Jesus in a real and personal way.”