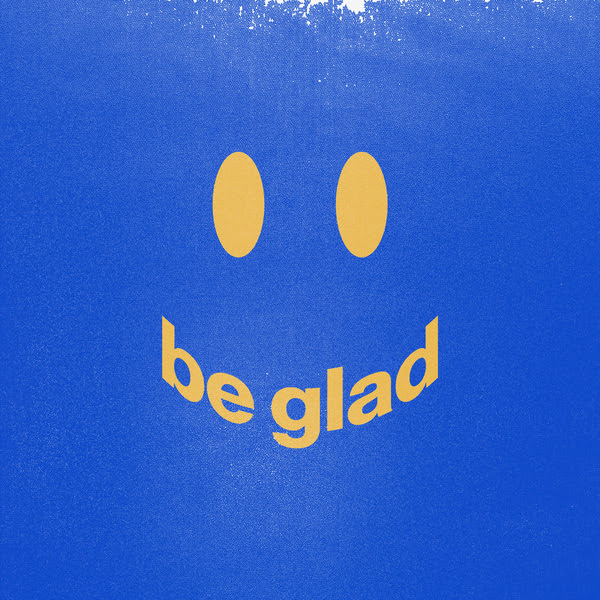 Multi-Grammy-nominated artist, songwriter and worship leader Cody Carnes has just released a new studio song, "Be Glad," available everywhere today. Along with the new song, a lyric video debuted today for "Be Glad.” The new song was co-written by Carnes, Chris Davenport, Steven Furtick and Jason Ingram, and it was produced by Aaron Robertson and Austin Davis.

" ‘Be Glad’ is a song straight from scripture and full of joy and praise," Carnes shared about the inspiration behind this new track. "Psalm 118 says, ‘This is the day the Lord has made, let us rejoice and BE GLAD in it!’ There can be a lot of reasons to choose anything other than gladness. It’s easy to find a reason to be sad, angry, frustrated or hopeless. But the Bible says we have a reason to be glad today. Jesus has saved us and redeemed us. His mercies were brand-new when you woke up this morning. So, put on some gladness and worship the Lord today! I hope this song helps you do that."

Following his popular 2021 song, "Firm Foundation (He Won't)," Carnes will be releasing his first-ever live-recorded album. Earlier this month, he was joined by his band and special guests Kari Jobe, Leeland, Natalie Grant, Benjamin Hastings and David Leonard for a two-night recording at Belonging Co. in Nashville for his upcoming release. More details will be announced soon on the forthcoming project.

In 2017, Carnes released his label debut project and has since gone on to co-write numerous songs that have become anthems for listeners and established himself as a songwriter for this generation. His last studio album, “Run To the Father” (2020), earned him his first Grammy nomination. Carnes was also a co-writer on the global hit, "The Blessing," which was nominated for a Grammy and won the 2021 GMA Dove Award for Song of the Year and 2020 Worship Song of the Year. He has also co-written recent songs such as Hillsong Worship’s “Hope of the Ages" with Reuben Morgan, Sean Curran’s “Shake The Dust Off" with Curran and Brandon Lake, and featured on multiple tracks off the most recent Passion release, “Burn Bright.”

Carnes and his wife, Jobe, will join the “Elevation Nights” tour with Elevation Worship. Check out the dates and markets at this link.

Carnes is a worship leader who is passionate about creating spaces where innovative artistry and authentic worship can collide. Since releasing his solo label debut project in 2017, Carnes has continued to impact the worship music genre with church anthems “Nothing Else,” “Run To the Father” and “Christ Be Magnified.” He has received Grammy nominations for “The Blessing” and the album “The Blessing (Live),” as well as "The Blessing" being named “Song of the Year” (2021) and “Worship Song of the Year” (2020) at the GMA Dove Awards.

Carnes’ music connects with the listener as he has more than 166,000 YouTube subscribers and 46 million channel views.