Alex “AJ” Jennings was born Aug. 3, 1999. Of late, he was living his dream on the set of Netflix’s “Outer Banks,” and on the beaches of Charleston, South Carolina.

After leaving July 4th festivities, AJ was struck and killed by a hit-and-run driver as he walked along a Charleston road. He died shortly thereafter from injuries sustained in the crash.

Alex was a Grand Island resident and 2017 graduate of Grand Island High School, where he was an accomplished athlete in football, lacrosse, and track and field. He was a tireless sprinter and diver with the Piranha’s Swim Club, and finished second in the 2016 NYS Section 6 Pentathlon Finals.

AJ was voted to have the “Most Contagious Laugh” by his graduating class. He was then recruited to SUNY Buffalo State College where he was a communications major and defensive back for the Bengals football team.

During summer 2018, he began training with Vogue Models & Talent in Toronto, and private drama coaching with Frank Rossi Studios in Buffalo. He was soon offered small roles in Buffalo, New York City and Atlanta, including on “Succession,” “Marry Me” and “Trial of The Chicago 7.”

After his second year at Buff State, he was granted a leave of absence to pursue career opportunities, and relocated to Atlanta. There, he was offered small parts in “Stranger Things,” “Cobra Kai” and “Monarch,” among others. Upon accepting the opportunity on “Outer Banks,” he relocated to Charleston in April.

Survivors include Alex’s mother, Dr. LuJean Jennings; a sister, Katlyn; a brother, Nicholas; and many aunts, uncles, cousins and friends. Candlelight vigils were held this weekend on Folly Beach by his Charleston friends, and in Atlanta by his acting community friends. Private burial services on Grand Island will be attended by the family. A future Celebration of Life service will be arranged for friends and all who loved Alex. 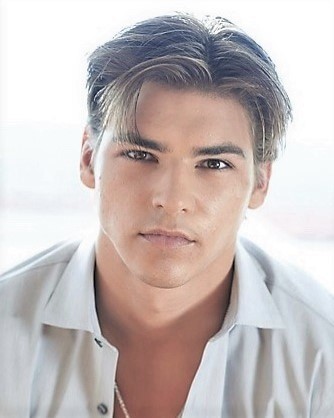