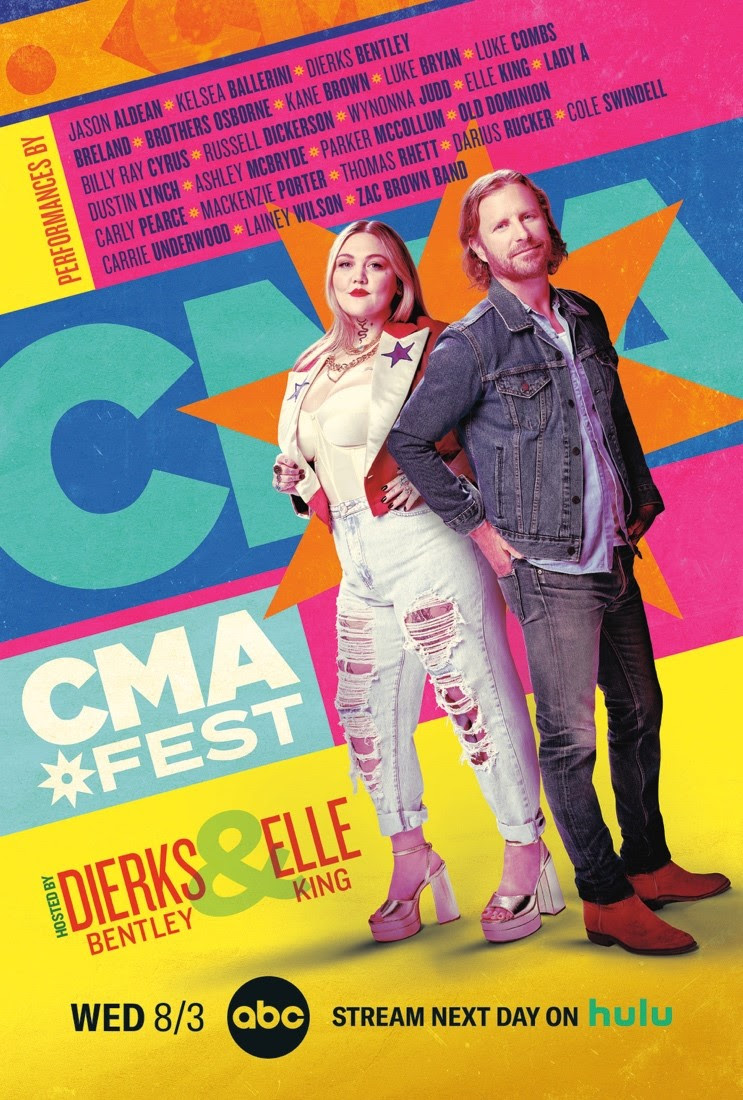 “CMA Fest” celebrates its grand return, bringing the top country music acts together on one stage for three full hours of collaborations and performances Wednesday, Aug. 3 (8/7c), on ABC, and available next day on Hulu. The primetime special is led by Dierks Bentley and Elle King.

“I think Elle brings so much to the table,” Bentley shared. “On stage, she’s just a riot and also super talented – a great combination of talent with comedic humor. A lot of spontaneous moments between the two of us, and just a lot of laughs.”

“I am co-hosting this whole shebang,” King laughed. “Not only do I get to do it with my buddy Dierks, I also get to see all these incredible performances and be a part of a big party!”

“When Dierks and Elle first performed together at Fest in 2016, I knew they had something special,” Executive Producer Robert Deaton said. “The festival itself may be over but, thanks to these two along with a solid slate of performances and special collaborations, the party continues in homes across America. It was a fun challenge to think differently with our setup these last two years, but it felt great to be back with a full house at the stadium.”