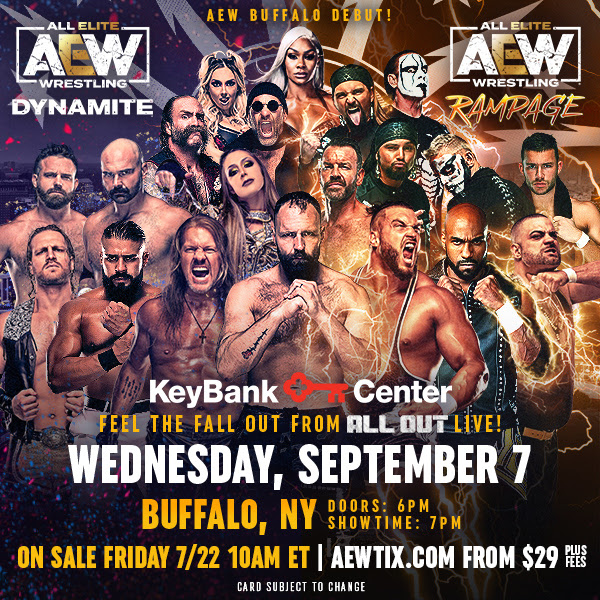 Buffalo is All Elite: AEW debuts at KeyBank Center

Fans in Western New York will feel the fallout of “All Out” when All Elite Wrestling’s popular shows, “AEW: Dynamite” and “AEW: Rampage,” debut at KeyBank Center in Buffalo. AEW’s roster of world-class talent will appear live Wednesday, Sept. 7, starting at 7 p.m., for an action-packed night of bell-to-bell action.

Tickets will go on sale to the general public starting at 10 a.m. Friday, July 22, via Ticketmaster.com and the box office at KeyBank Center. Tickets start at $29, plus fees.

A press release noted, “For the first time in many years, AEW is offering an alternative to mainstream wrestling, with a roster of world-class talent that is injecting new spirit, freshness and energy into the industry.”