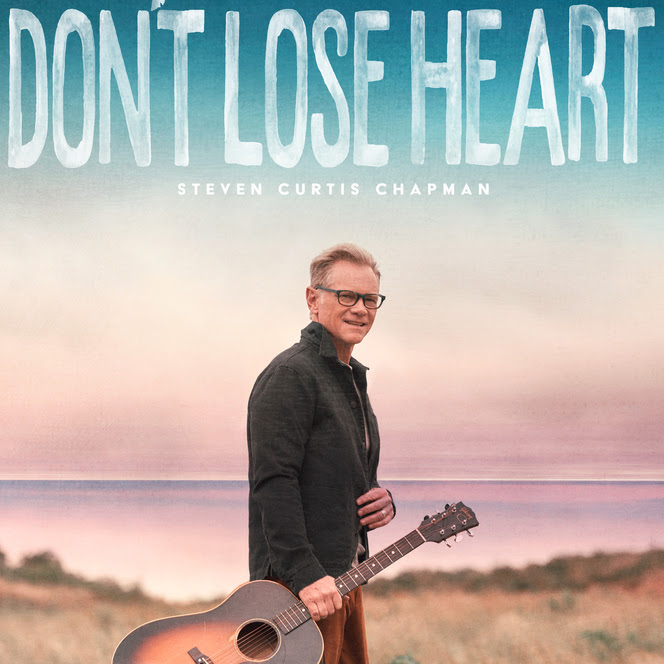 Grammy Award-winning artist/songwriter Steven Curtis Chapman released his latest single, "Don't Lose Heart," on Friday (Provident/Sony Music). Click here to listen. Accompanied by a music video, which can be viewed here and below, the song follows the release of "Still," which made its debut in May along with his announcement of resigning with Provident Label Group.

A press release stated, “As a core track on his upcoming project, the encouraging ‘Don’t Lose Heart’ is a passionate anthem of hope, inspired by Chapman's own journey through the shallowed valley of grief and loss that he and his family have traveled.”

He shared, “I’ve heard countless stories of others who’ve walked through their own deep dark valleys, and I feel like there are some things I can say from the perspective I have now. I’m deeply grateful for the opportunity to encourage others to not lose heart, and to remind them that we’re gonna make it home … together!”

Chapman has spent the past 35 years writing and performing genre-defining songs that shaped a generation. With 49 No. 1 singles in his catalog, he is the most awarded artist in Christian music history, winning 59 GMA Dove Awards, five Grammy Awards, an American Music Award, and selling more than 11 million albums with ten RIAA-Certified Gold or Platinum albums.

A press release stated, “Chapman is synonymous with contemporary Christian music, which is one of the many reasons he was recently honored for his prolific musical career as a BMI Icon Award recipient. He is the first Christian songwriter honoree, joining the elite list of songwriters that includes Barry Manilow, Brian Wilson, Carole King, Dolly Parton, Kris Kristofferson, Merle Haggard, Sting and others who have left an influence on generations of music makers and the music industry.” Chapman was given the award last month at the 2022 BMI Christian Awards held in Nashville.

In his career, Chapman has collaborated with and had his songs recorded by other renowned artists in the Christian music world, including BeBe Winans, CeCe Winans, Amy Grant, Casting Crowns, Mercy Me and Geoff Moore. His songs of hope have also crossed genres, seeing collaborations with Billy Dean, Glenn Campbell, Gary LeVox of Rascal Flatts, Ricky Skaggs, Brad Paisley and Lauren Alaina. In 2017, Chapman also became a best-selling author with his memoir “Between Heaven and the Real World: My Story.”

As a vocal supporter of adoption, Chapman along with his wife, Mary Beth, founded Show Hope in 2003, a nonprofit organization that helps restore the hope of a family to orphans.