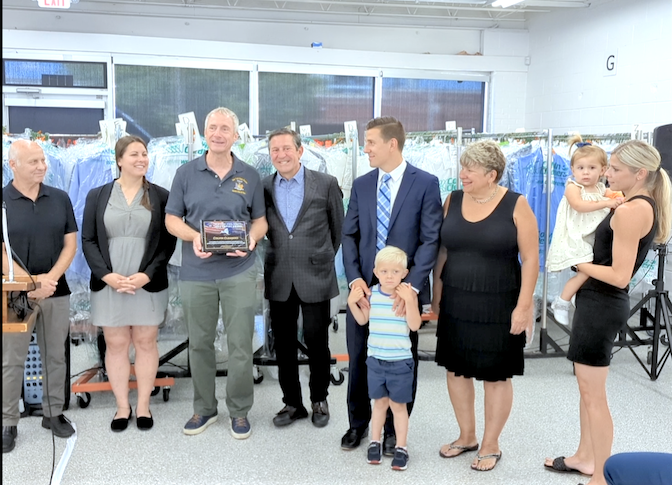 Ryan’s team said, “Colvin Cleaners has been a Western New York staple since its founding in 1931. In 1943, the business relocated to Elmwood Avenue, where it still operates today. In the 1990s, they began a program to help Western New Yorkers in need stay warm in the winter. More than 25 years later, through their ‘Coats 4 Kids’ program, they have collected, cleaned, sorted and distributed well over 150,000 free coats to children in need throughout Western New York.

“For over 15 years, Colvin Cleaners has also been operating its ‘Gowns for Prom’ program. Each year, the business collects new and used prom dresses to donate to high school students who could not otherwise afford them. They arrange a time for the students to pick out their dresses, and then tailor them and deliver them to their schools free of charge.”

When the 2020 “Gowns for Prom” program was canceled due to the coronavirus pandemic, Colvin Cleaners stepped up for the community once again by creating the “Get a Mask, Give a Mask” program. With less work for tailors and seamstresses, this new program utilized the store workers’ talents to make more than 200 masks daily. Those masks were donated to customers, local essential workers, and nonprofit agencies.

Ryan said, “When you think about fixtures of the Kenmore community, Colvin Cleaners is right at the top of the list. The Billoni family has been doing great work for over 90 years, and their selfless commitment to their community has touched thousands upon thousands of Western New Yorkers. Even with the challenges thrown at them by the pandemic, they continued to find ways to support their community. This award is a well-deserved honor for a great family business.” 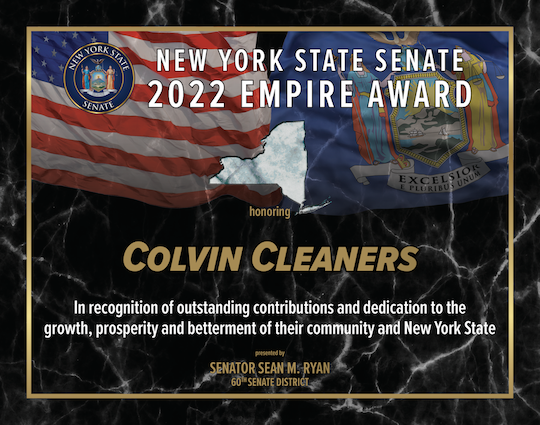