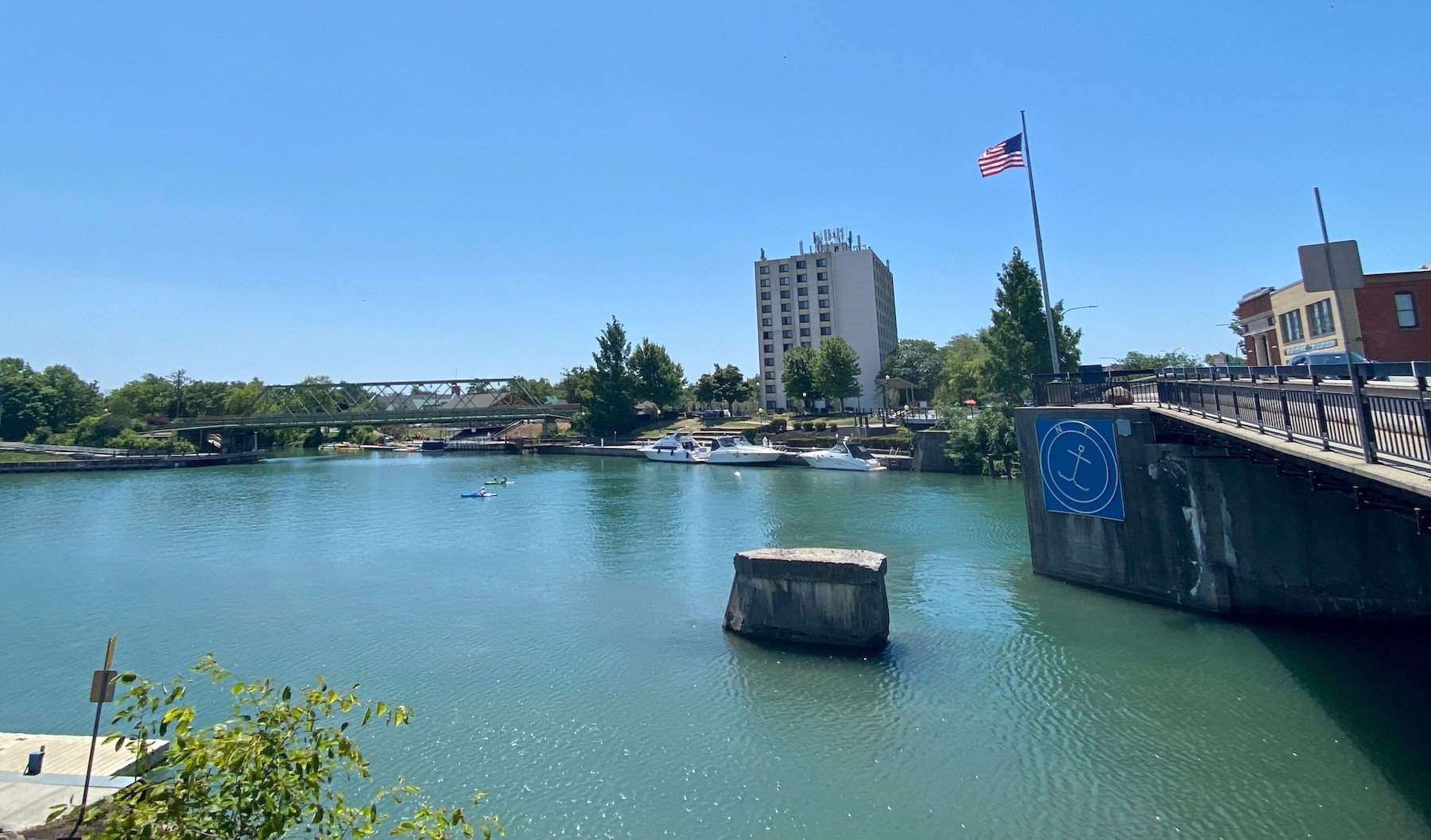 Congressman Brian Higgins joined City of North Tonawanda Mayor Austin Tylec to announce construction of a project that will improve and expand trailways in North Tonawanda and better connect the Niagara Riverwalk to the Empire State Trail. (See map.)

“Trailways, like the Niagara Riverwalk and the Empire State Trail, provide waterfront access while better connecting communities through pedestrian walkways and bike paths,” Higgins said. “Federal funding supporting this project not only adds new biking and walking trails, but also makes critical improvements to existing paths and increases pedestrian safety. This continues our investment in sustainable infrastructure projects that will have a long-term impact on residents and communities.”

Tylec said, “We are excited to be a part of connecting the Empire State Trail to the Niagara Greenway trail, linking our community to the rest of our region and New York state. Thanks to funding through Congressman Higgins' office, North Tonawanda is a destination for all.”

Assembly member Bill Conrad added, "Western New York is blessed with some of the most picturesque waterways in the country, and our greenways are key to their accessibility and enjoyability. In thoughtfully connecting trails like the Niagara Riverwalk and the Empire State Trail, we are connecting communities, not only to the water, but to one another. I join my fellow citizens of the 140th Assembly District in thanking Congressman Higgins for his support of this project in North Tonawanda, which will encourage healthy recreation, boost appreciation for the natural environment, and invite more visitors to explore all that our region has to offer."

Currently underway, the project includes a new trail section that connects the current pathway on the Niagara Riverwalk trail, located along River Road and Goundry Street in North Tonawanda, to the Empire State Trail in the City of Tonawanda. The new section includes both separate and on-road trailway. It heads south along River Road, then continues east under the Seymour Street Bridge up Sweeney Street to the intersection of Sweeney and Webster Street. The trail continues south over Renaissance Bridge into the City of Tonawanda, where it connects to the Empire State Trail.

In addition to the new trailway, funding from the project will be used to resurface the existing Riverwalk trail along River Road from Goundry Street to the south side of Gratwick Riverside Park. Improvements will also be made to pedestrian crossings at the intersection of Sweeney and Webster streets.

Federal funding for this project is provided through the Transportation Alternatives Program (TAP) and Congestion Mitigation and Air Quality Improvement (CMAQ) programs, and awarded through the New York State Department of Transportation. TAP projects focus on building better walking and biking options with multimodal connections. CMAQ focuses on projects reducing vehicle emissions and traffic congestion. Generally, TAP-CMAQ projects are 80% federal funding with a local match. In addition to federal funding, the project is supported by resources provided through the Niagara River Greenway, the East Hill Foundation, and the Wilson Foundation.

The total construction cost for the project is $535,111. It is expected to be completed by the end of the summer. Once finished, the Empire State Trail will be connected to the Greenway’s trail system in Niagara County.