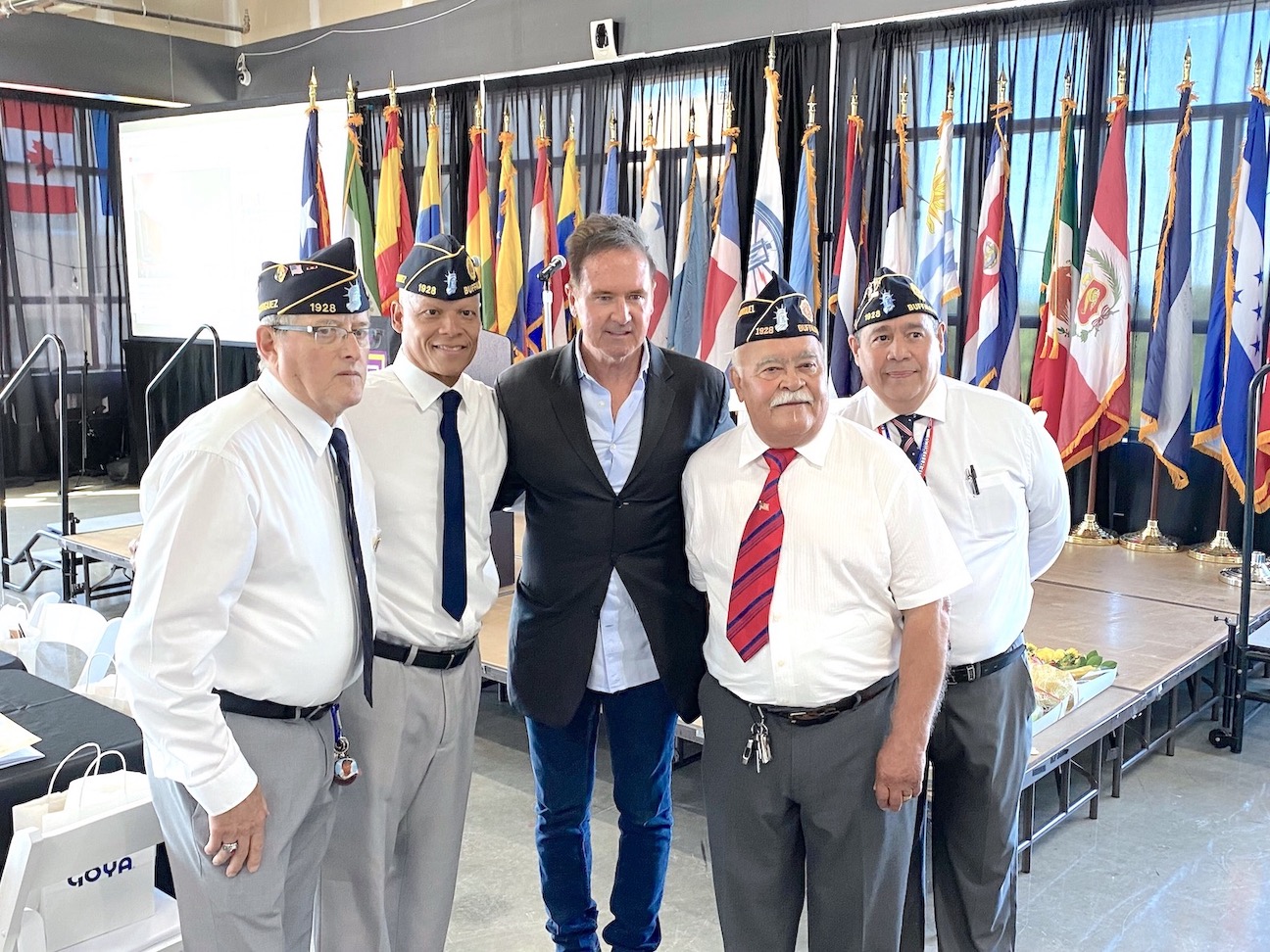 Higgins’ team said, “Sierra is one of 80,000 Hispanic Americans who bravely served our country during the Vietnam War, despite facing racism and discrimination.”

The congressman explained, “Like many who deployed to Vietnam, Hispanic American veterans did not receive the warm welcome they deserved upon their return from war, and it is our duty as a nation to properly honor their service and sacrifice. Army Spc. Luis Sierra fought to defend our country’s democratic values on the battlefield, in the courtroom, and in state government. We are eternally grateful for all he has given to our country and the Western New York community.”

Born Dec. 2, 1949, Sierra grew up in Cidra, Puerto Rico, and eventually moved with his family to Ponce. After graduating from high school in 1967, he spent two years working as a linotype operator.

Sierra left his job two years later and enlisted in the U.S. Army on Aug. 29, 1969, rising to the rank of Army specialist. His first few months of service were spent at Fort Jackson in South Carolina, until he was called to join the 2nd Battalion, 5th Cavalry, in the Republic of Vietnam. Arriving on March 18, 1970, his unit participated in numerous battles. As a result, 22 members of the unit, including Sierra, were awarded a Bronze Star Medal for meritorious service against a hostile enemy.

The Bronze Star is considered to be the fourth-highest military decoration for valor.

In addition to the Bronze Star Medal, Sierra received several honors for his service, including the Vietnam Service Medal with three bronze service stars, the Vietnam Veteran Lapel Pin, the National Defense Service Medal, the Sharpshooter Badge with Rifle Bar, and the Republic of Vietnam Campaign Ribbon with 1960 Device.

Sierra was honorably discharged from active duty on April 2, 1972, and returned home to Puerto Rico. He remained in the U.S. Army Reserves until the end of his service on July 23, 1975.

After completing his service, Sierra went on to complete his bachelor’s degree in marketing at La Pontificia Universidad Católica de Puerto Rico in 1988 – thanks to the GI Bill. He then received his juris doctorate in 1992. After completing his education, he began working in Ponce as an administrative judge for the Department of Consumer Affairs. He then opened a private practice. Later, he moved to Buffalo to serve as a human rights specialist in the New York State Division of Human Rights, working until his retirement.

Sierra married his wife, Silvia M. González, when he returned home from Vietnam. Together, they had three children: Raúl J. Sierra, Silvette Sierra and Esmeralda Sierra. Silvette works as a Spanish-speaking employment counselor at the Erie County Department of Social Services. Esmeralda serves as the president of the Hispanic American Heritage Council of Western New York. Sadly, Raúl passed in 2021.

Higgins’ office worked with Esmeralda and the U.S. Army to ensure Luis could receive the medals he earned while serving. A flag was also flown atop the U.S. Capitol Building in his honor.