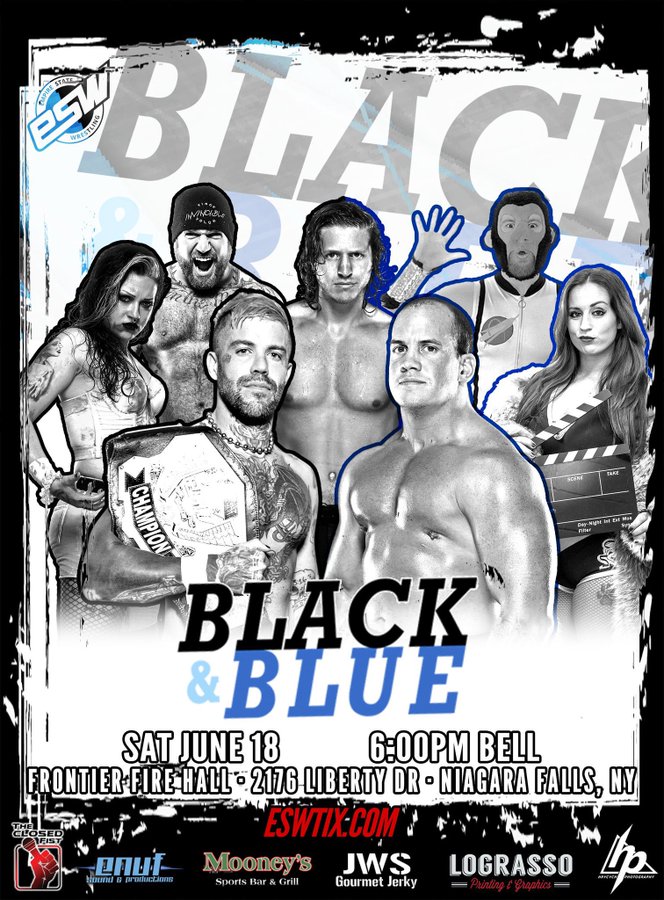 After an outstanding event at Buffalo RiverWorks, Empire State Wrestling returns to Frontier Fire Hall for its next event with "Black & Blue" on Saturday, June 18, at 2176 Liberty Drive, Niagara Falls. This will be ESW’s second card at Frontier Fire Hall this year, after previously running there in March.

The main event for "Black & Blue" will be ESW heavyweight champion Kevin Blackwood defending the title against the No. 1 contender Jay Freddie. There will also be a mix of local and national independent wrestling stars on the card. The other matches announced so far will include:

√ ESW interstate champion Frankie Feathers will defend his title in a four-way match including "A Cut Above the Rest" Gavin Glass, the Indiana-based Brayden Lee and the returning Keenan Moore

ESW has hosted many of pro wrestling’s top up-and-comers and biggest legends.

Founded in 2002, ESW is run by Brett Stymus. Over half of ESW’s performers reside in the Western New York area. ESW runs regular shows throughout the year that draw several hundred fans with some events being attended by up to 1,000 people.

All cards are subject to change.