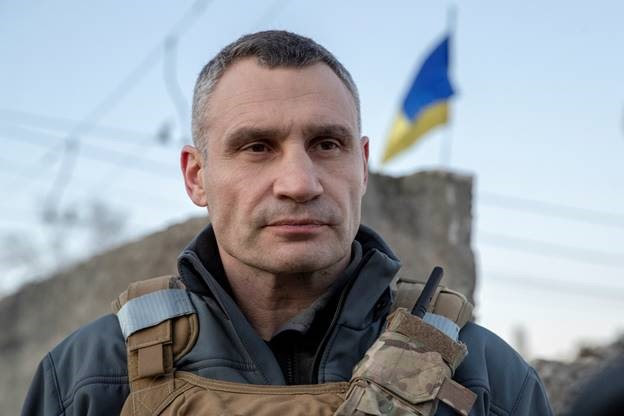 Former heavyweight boxing champion and mayor of Kyiv, Vitali Klitschko will be honored with the Arthur Ashe Award for Courage at the 2022 ESPYS, airing live Wednesday, July 20 (8 p.m. EDT), on ABC. The award is given to “a deserving member of the sporting world who makes a difference far beyond the field of play, impacting the world in indelible ways.”

A press release stated, “Klitschko, who has been the city’s mayor since 2014, has been a central figure in his country’s defense since it was invaded by Russian forces in late February. As the capital city endured a weekslong siege and fought to keep Kyiv under control, Klitschko has served as one of the faces of the Ukrainian resilience inspiring people around the world. Together with his brother, Wladimir, also a former heavyweight champion, the Klitschkos pledged to take up arms alongside their fellow citizens and were leaders in Ukrainians’ remarkable response to the invasion. That response included other boxers out of the nation’s rich tradition of fighting who returned home to join defense battalions themselves, like Vasiliy Lomachenko, the two-time Olympic gold medalist and one of the best pound-for-pound boxers in the world, and top heavyweight contender Oleksandr Usyk.”

Klitschko said, “It is a great honor for me to receive this award. I am convinced that this is a recognition of the courage and inviolability of the Ukrainian people, who have been bravely resisting the Russian aggressor for more than three months. This is an award for everyone who defends the independence and freedom of Ukraine.”

The press release noted, “The Klitschkos are, perhaps improbably, the sons of a Soviet major general and grew up boxing in the old Soviet amateur system.”

Vitali finished his professional career with a 45-2 record, winning a WBO heavyweight title and maybe most memorably fighting Lennox Lewis in a tightly contested, vicious 2003 bout that had to be stopped due to a deep cut over Klitschko’s eye (despite his impassioned pleas to let him keep fighting).

During a hiatus from boxing, Vitali Klitschko first entered the Ukrainian political sphere in 2006 when he ran for mayor of Kyiv and finished second in the election. He would remain politically active even as he returned to the ring, and initially committed to running for president in 2014 before ultimately entering the mayoral race and winning. He has since become the longest-serving mayor in the city’s history, remaining a prominent figure in the country.

The press release said, “That, of course, has continued in wartime, with Klitschko speaking at the World Economic Forum in Switzerland just a few weeks ago, imploring its influential audience that their biggest mistake would be to think that impact of the war in Ukraine is confined to its borders.”

ESPN Content Executive Editor-At-Large Rob King said, “Vitali’s poise and strength as his city and country faces unfathomable tests have far surpassed the incredible resolve he demonstrated as one of boxing’s top heavyweight champions. His commitment to the people of Ukraine has been a global inspiration, and his bravery is a prime example of the resilience of the human spirit. It is our privilege to bestow him with the Arthur Ashe Courage Award.”

The Ashe Award has become one of the most prominent, prestigious and talked-about honors in sports, and has recognized global icons such as Muhammad Ali and Nelson Mandela; little-known heroes like Zaevion Dobson and Emmanuel Ofosu Yeboah; and sports legends Pat Summitt and Billie Jean King.