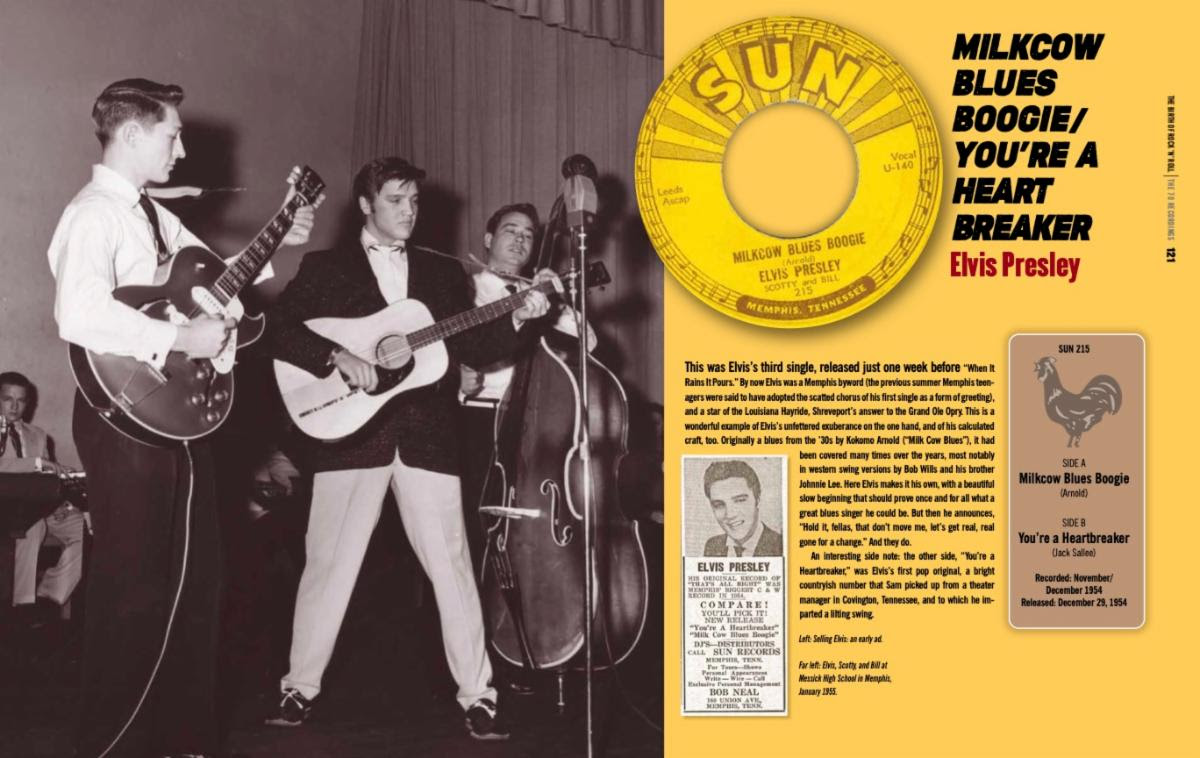 This is a big, big year for the Tennessee-based legendary independent record label Sun Records, founded in Memphis by producer Sam Phillips in February 1952. The iconic label “Where Rock ‘n’ Roll was Born” is shining a spotlight on the undisputed “King of Rock ‘n’ Roll” this month with a bevy of campaigns.

“ELVIS,” an epic, big-screen spectacle from Warner Bros. Pictures and visionary, Oscar-nominated filmmaker Baz Luhrmann, starring Austin Butler and Tom Hanks, releases on June 24 (only in theaters). This cinematic event will be followed by the epic hardcover book written by Grammy Award-winning music critic and author Peter Guralnick, and Sun historian Colin Escott, “The Birth of Rock 'n' Roll: The Illustrated Story of Sun Records and the 70 Recordings That Changed the World,” available Nov. 8. Preorder here.

The Elvis party starts rocking with sneak peeks into Guralnick’s and Escott's Sun Records book. From there, there will be an insightful “Elvis-adjacent” playlist; an exclusive line of Elvis-themed “That’s All Right” merchandise; and an “Orion Sings Elvis” release. The mysterious singer James Hodges Ellis, who went by “Orion,” had a lyric baritone voice similar to Elvis, and, during his life, it was rumored he was Elvis’s illegitimate half-brother.

Earlier this year, Sun celebrated its 70th year anniversary with a vinyl collectors' box, a clutch of vinyl reissues, and a special edition T-shirt.