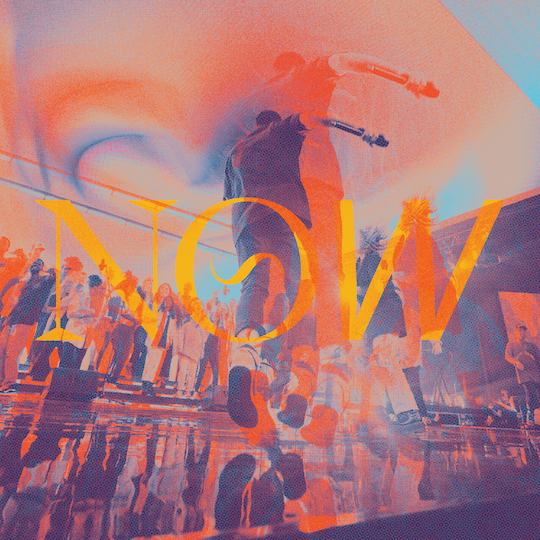 The Belonging Co album art courtesy of The Media Collective

The Belonging Co, the fast-growing church based in Nashville, has released its fifth live album, “Now.” This album follows their recent, widely received fourth album, “Here,” which made its debut in March. Starting with the focus track, “Just The Mention Of His Name (feat. Andrew Holt and Natalie Grant)," new live videos of each track will premiere on the church YouTube channel in the weeks following the anticipated album release.

The Belonging Co church was founded by Henry and Alex Seeley in 2014 in the basement of their home with only four people in the very first meeting. Now, The Belonging Co sees thousands of people gather each weekend at Nashville and Columbia sites, and online. A diverse group of worship leaders have made The Belonging Co their home church and are among those who make up The Belonging Co worship team. This album is a reflection of live worship moments that were captured within the church “with the hope of bringing listeners into a personal encounter with God.”

Lead Pastor Henry Seeley said, “We felt led to release these songs, and so quickly after our last album, because God has been moving so powerfully during our church gatherings. The songs captured on this album are not contrived or planned moments of worship as much as they are a true reflection of what happens in a service; it is the sound of stewarding the presence of God and a people hungry to encounter him.”

Recorded live at The Belonging Co Conference in 2021, “Just The Mention Of His Name,” a press release noted, “exerts the authority and power of the name of Jesus. This song encourages believers to have faith to see miraculous and mighty things done at the mention of his name.

“Each song on the 10-track album has that same goal – for every listener to have a transformative moment of encounter with God.”

About The Belonging Co

Since its inception in 2014, the church “has become known as a place to find freedom, breakthrough and healing through God’s word, his presence, and through worship. The heart of The Belonging Co is that every song released would empower both individuals and the collective body of Christ to encounter God through worship, and lead them to experience the freedom that comes only through knowing Jesus.”