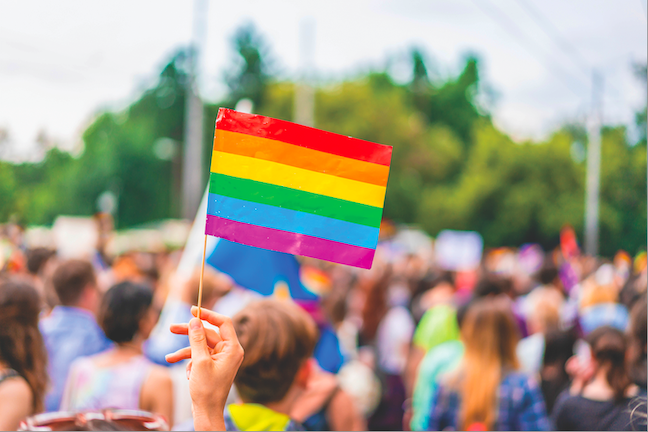 √ State landmarks to be lit June 1 and throughout the month

Gov. Kathy Hochul on Wednesday issued a proclamation designating June 2022 as LGBTQ+ Pride Month. The governor also announced the first Latino openly LGBTQ+ judge nominated to the New York State Court of Claims, along with several additional measures recognizing LGBTQ+ New Yorkers and celebrating their contributions to the state, including the launch of “I LOVE NY” LGBTQ+ 2022 Pride Guide, the raising of the LGBTQ+ progress flag across the state, the illumination of state landmarks in the colors of the LGBTQ+ Pride flag, and the opening of a new exhibition in the State Capitol spotlighting LGBTQ+ service members in the U.S. military during Pride Month.

"Pride Month is a time to celebrate the countless contributions of the LBGTQ+ community to New York state," Hochul said. "Every New Yorker, regardless of gender and sexual identity or expression, deserves a government that recognizes them for who they are and provides a space of value, love and belonging. From the major advancements in LGBTQ+ equity achieved as part of our recently enacted budget, to trailblazing nominees, my administration will continue to fight to help ensure equality and respect for the LGBTQ+ community."

Hochul’s team said, “This administration has great pride in including landmark LGBTQ+ representation, especially an LGBTQ+ member of the Latinx community, as part of this historic class of appointments comprised of highly qualified diverse individuals.”

After a two-year pandemic hiatus, “I LOVE NY,” through its “I LOVE NY LGBTQ” initiative, will be participating in Pride events in communities across New York, including Albany, Buffalo, Fire Island, Harlem, New York City and Rochester, to engage with attendees and introduce them to all the destinations waiting for them throughout the state.

A newly updated “I LOVE NY LGBTQ” microsite and a printed “I LOVE NY LGBTQ” travel guide are available to help visitors identify great things to see and do, both during Pride Month and throughout the year. “I LOVE NY” is also launching an “I LOVE NY” 2022 Pride guide blog, to support community partners and promote tourism by highlighting Pride celebrations, and other LGBTQ events and attractions across the state.

The state landmarks to be lit in recognition of LGBTQ+ Pride Month on June 1 and 23-30 include:

The governor announced the opening of “With Pride and Dignity,” a new exhibition that spotlights the struggle for the rights of LGBTQIA+ servicemembers in the U.S. military and shows how New York state supports the fight against discrimination. The exhibit is located in the War Room on the second floor of the New York State Capitol and will run through end of June. Find more information about the exhibit, visiting the New York State Capitol, and see photos here.

Last week, Hochul announced  New Yorkers now have the option to choose "X" as a gender marker on their driver license, learner permit, or non-driver ID card at all Department of Motor Vehicle offices statewide. The change has been implemented in accordance with New York's Gender Recognition Act – legislation that provides expanded protections for transgender and non-binary New Yorkers through this change at the DMV, making it easier for people to change their names, change their sex designation, and change their birth certificates to reflect their identity.

These announcements follow the  advancements in LGBTQ+ equity Hochul secured in the enacted fiscal year 2023 state budget. The budget includes $13.5 million for the Department of Health to support the LGBTQ+ community, and more than doubles the annual LGBTQ+ Health and Human Services funding. In addition, the budget requires state agencies to provide an option for individuals to mark their gender or sex as a non-binary "X" on all state forms that collect gender or sex information. Agencies are also required to include that information in data collection. The budget also enables transgender New Yorkers to change their names or gender designations on marriage certificates without leaving their dead names on them.