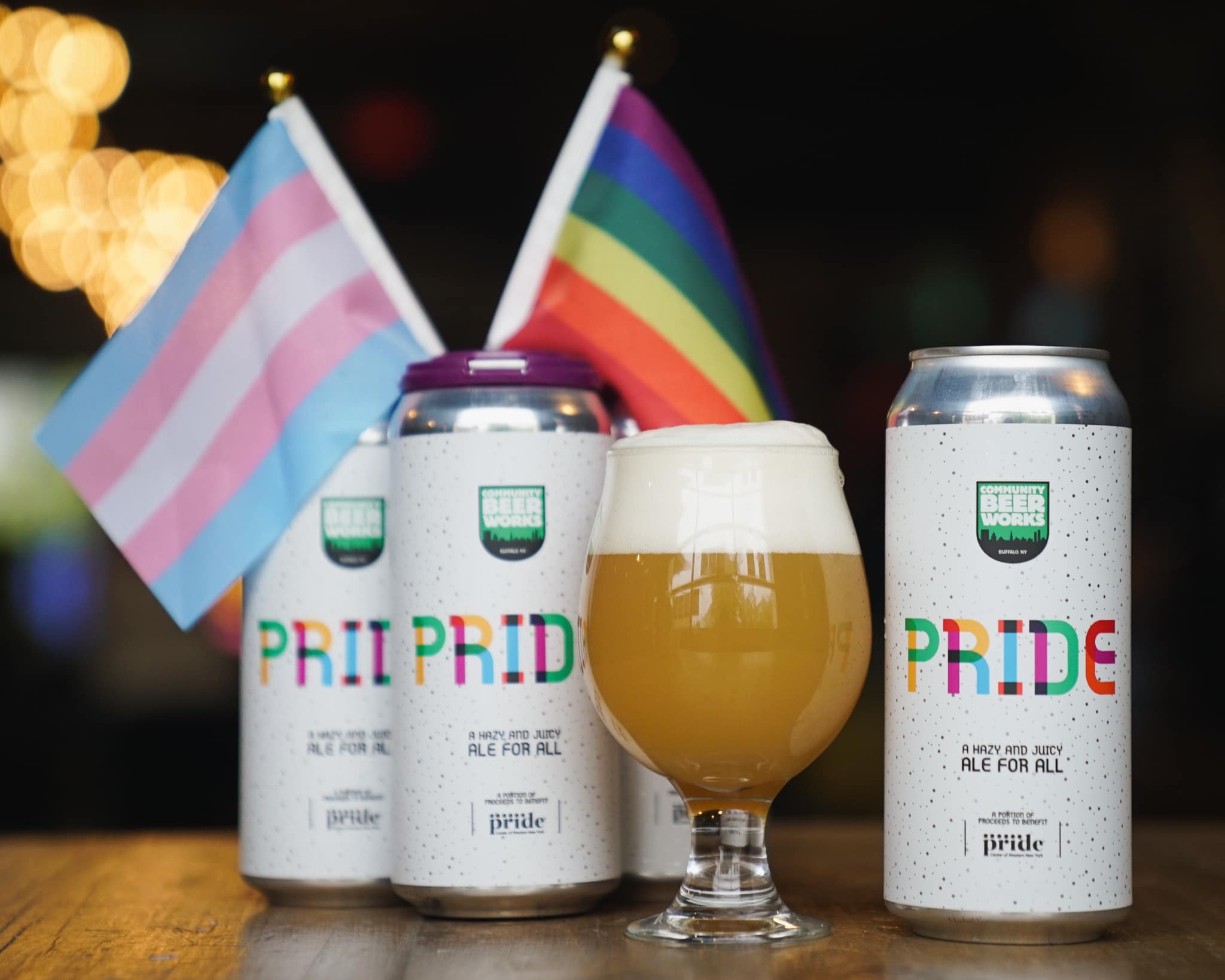 Limited-edition brew, named PRIDE Ale, will have a portion of proceeds from its sales donated directly to the Pride Center of WNY

A launch party for the beer will be held tonight at CBW’s flagship brewery and taproom to commemorate launch and kick-off Buffalo’s Pride Week.

“We’re honored to partner with the Western New York Pride Center for a second year in a row to continue supporting Buffalo’s LGBTQ+ community inside and outside of our taproom,” Community Beer Works co-founder Chris Smith said. “Community is the first word in our name for a reason. We’ve stood alongside our friends and family in the LGBTQ+ community since our doors first opened, creating an inclusive, inviting space for all to enjoy.”

"Buffalo Pride Week is a chance for friends, family, colleagues and local businesses to celebrate love, inclusivity and unity, and we thank Community Beer Works for uplifting the LGBTQ+ community with PRIDE Ale," said Kelly Craig, executive director of the Pride Center of Western New York. "When you raise a glass of PRIDE Ale, you'll be helping to make Western New York a safe, secure and affirming place for LGBTQ+ people, by contributing to the Pride Center of WNY and our work to address LGBTQ+ issues including HIV, sexual health, discrimination and most of all – acceptance. We thank you. Cheers!"

The PRIDE Ale launch will feature pours of the limited-edition brew. Members of the Pride Center of Western New York will be on-site to discuss upcoming events, provided services and other resources for guests looking to learn more. Deals for select brews, including PRIDE Ale, will be available throughout the evening.

A press release said, “PRIDE Ale is New England-style pale ale. Its hazy, citrus-forward profile and light mouthfeel make this a drinkable beer for all to enjoy.”

Proceeds earned from beer sales will go to advancing the program and services offered by The Pride Center of Western New York. The beer will be available for purchase at local retailers, CBW’s flagship taproom and at supporting events.

Branding for PRIDE Ale uses the “Gilbert'' typeface, developed with NewFest (LGBTQ+ Media) and NYC Pride to honor the memory of Gilbert Baker, the original designer of the pride flag. Baker was both an LGBTQ+ activist and artist and was known for helping friends create banners for marches.

In early June, CBW will be partnering with Buffalo String Works to support its “B.S. Double You: 2-in-1 Benefit + Spring Concert.” The brewery will also be launching its Charge Blackberry Sour Ale in partnership with 26 Shirts to benefit FeedMore WNY on June 3. A never-before-brewed blueberry wheat beer is also set for release in early June.

CBW was founded with a mission to celebrate and revitalize Western New York’s local beer-brewing culture. Since the first beer was poured, the company has brewed more than 300 types of beers, built a 13,000-square-foott brewery and taproom, designed a monthly subscription service and rewards program, and launched a beer-delivery/pick-up program.