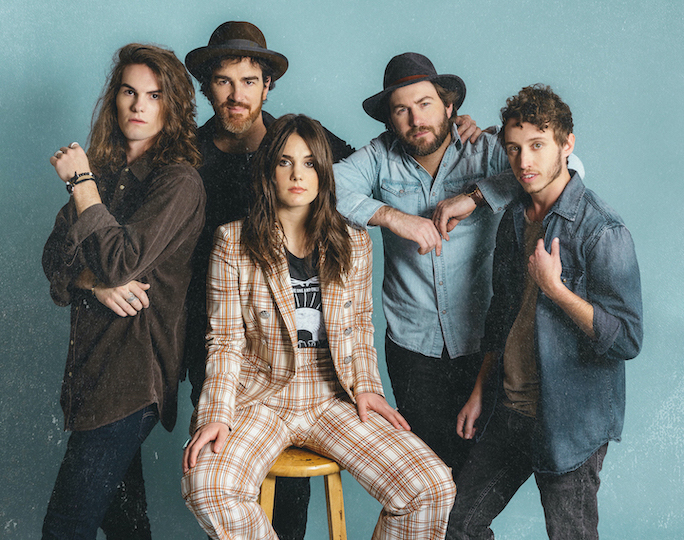 We The Kingdom (Image courtesy of Shore Fire Media)

We The Kingdom shares message of hope with 'Miracle Power'

Debut single from forthcoming studio album due later this year

Two-time Grammy-nominated group We The Kingdom’s new single "Miracle Power" is out today. The band’s team said, “Marking their harmonious return to the studio and serving as the first peek into their sophomore album, the track is an inspiring message to all those who are struggling – help is never too far away.”

"As the opening line says, 'This one's for the lost and lonely.' It's a song for everyone because, at the end of the day, we've all felt that way at some point in our lives," We The Kingdom shares. "Miracles have a beautiful way of restoring childlike wonder back into the hearts of all of us. They leave you awestruck in a way nothing else can, and with 'Miracle Power,' our hope is that each ear that hears this song will let faith rise up and these lyrics sink in a bit deeper with each listen."

The multigenerational group has been on tour opening for Casting Crowns, and earlier this year they made their Grand Ole Opry debut. They are set to join Crowder's “My People Tour” next month, and will perform at fairs and festivals through the summer.

Named Contemporary Christian Artist of the Year at the 2021 Dove Awards, We The Kingdom is comprised of brothers Ed Cash and Scott Cash; plus Ed's children, Franni Rae Cash Cain and Martin Cash; and close family friend Andrew Bergthold. They all came together as musicians during a life-changing Young Life experience. Since making their debut in 2018, the group has garnered continuous praise, earning their very first RIAA-certified Gold single for “Holy Water,” the group’s first No. 1 hit.

Fans can keep up with We The Kingdom and purchase tickets to upcoming shows by visiting wethekingdom.com.