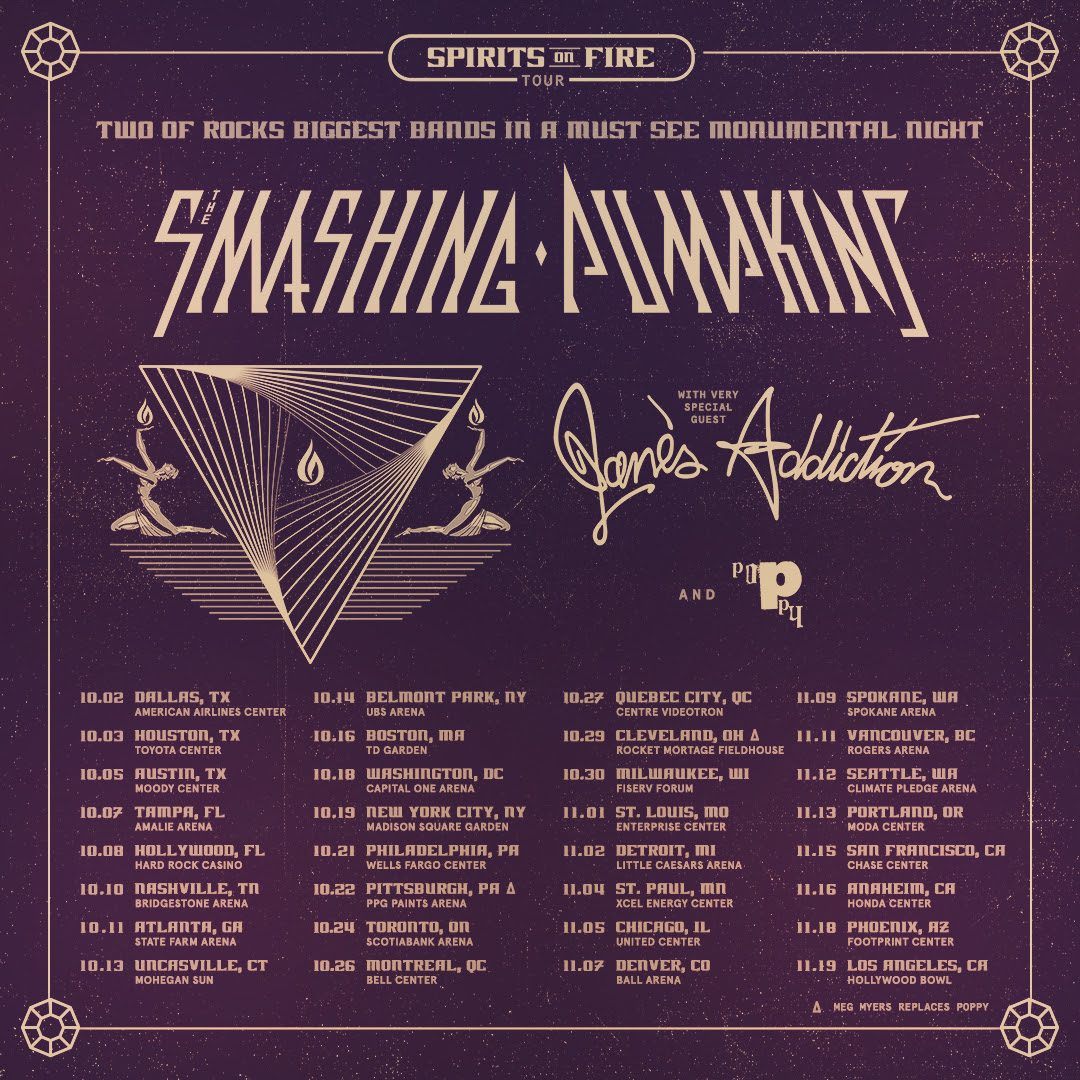 The Smashing Pumpkins announced their North American arena tour with special guests Jane’s Addiction. Produced by Live Nation, the 32-date “Spirits On Fire Tour” will commence Oct. 2 in Dallas and conclude Nov. 19 in Los Angeles at the Hollywood Bowl.

This show visits the Scotiabank Arena in Toronto on Oct. 24, with opener Poppy.

Tomorrow night, in support of The Smashing Pumpkins tour announcement, the Grammy Award-winning, critically acclaimed band will perform and talk on CBS’ “The Late Late Show with James Corden.”

Later today, The Smashing Pumpkins will appear at the TCL Chinese Theater in Hollywood for a commemorative ceremony in celebration of their tour announcement. Each band-member will add their handprints in cement, joining a long list of global treasures before them.

When The Smashing Pumpkins first emerged out of Chicago in 1988, the world had never heard a band quite like them. They spun together rock, pop, shoe-gaze, metal, goth, psychedelia and electronic into a kaleidoscope of saccharine melodies, fuzzy distortion, bombastic orchestration, incendiary fretwork, eloquent songcraft and unshakable hooks. Upon their formation, their sound was different, iconoclastic, and wholly new – and it still is today. As a result, they’ve sold over 30 million albums worldwide and collected two Grammy Awards, two MTV VMAs, and an American Music Award.

In 2018, they embarked on one of their most successful tours ever, the “Shiny and Oh So Bright Tour,” followed by “SHINY AND OH SO BRIGHT, VOL. 1 / LP: NO PAST. NO FUTURE. NO SUN.” Meanwhile, 2020 saw the release of the band’s 11th full-length and latest double album, “CYR.” As prolific as ever, The Smashing Pumpkins confirmed they will release more music in 2022 as they resume touring. More details to come. 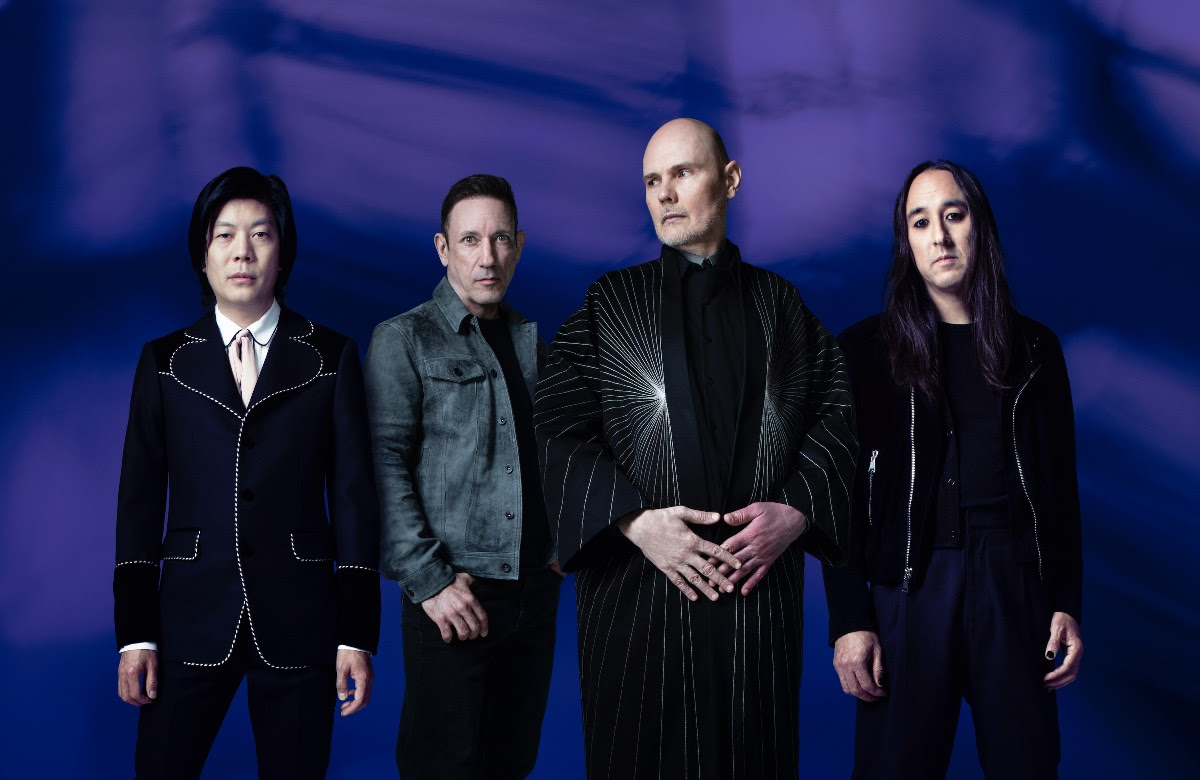