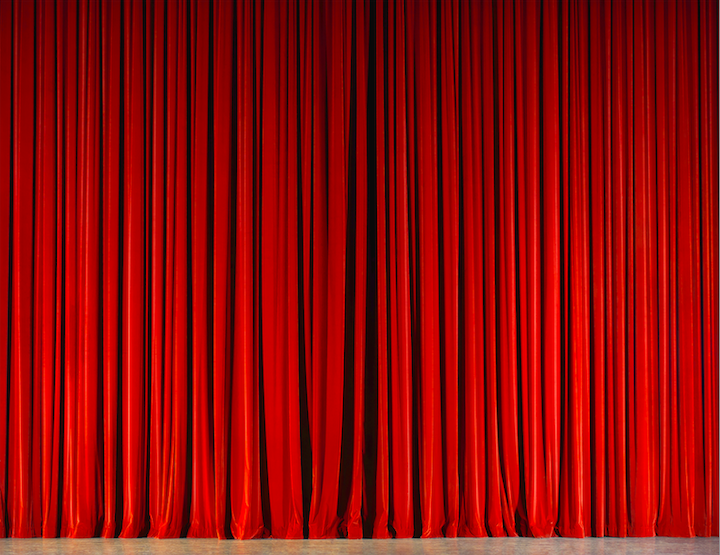 The Second Generation Theatre season will include “The Secret Garden: Springtime Edition,” “Every Brilliant Thing” and “Tick, Tick…Boom!”

O’Connell & Company’s season will include “Confessions of the Reverend Mother: A NUNSENSE Divinely Inspired Musical,” “WICKET – A Parody Musical: The Untold Story of the Ewoks of Bright Tree Village,” and “Romance/Romance.”

•“The Secret Garden: Springtime Edition,” directed and choreographed by Michael Walline, takes the stage Oct. 14-30, 2022. Based on the novel by Frances Hodgson Burnett, “The Secret Garden: Springtime Edition” is the perfect theater outing for the entire family. This 90-minute retelling of the musical brings a playful, energetic spirit to the story of young Mary Lennox, sent to live with her uncle in a gloomy English manor, and the joy and life she brings to the manor and all those who dwell there. From the Artie Award-winning director of “Big Fish.”

•“Every Brilliant Thing,” featuring the directorial debut of Buffalo comedienne Charmagne Chi, is on stage March 3-19, 2023. Second Generation Theatre is thrilled to present the regional premiere of this heart-wrenching, hilarious one-person play. A show in which the audience serves as the other actors, “Every Brilliant Thing” is hailed as "the funniest play you'll ever see about depression, and possibly one of the funniest plays you'll ever see, full stop." This 90-minute piece explores the resilience of the human spirit, the importance of human connection, and the ability to find joy in the everyday.

•“Tick, Tick…Boom!” is the directorial debut of Lou Colaiacovo. It will be staged May 19-June 4, 2023. From Jonathan Larson, the composer of “Rent,” comes “Tick, Tick…Boom!” It is the story of an aspiring composer navigating success, failure, friendship, love and perseverance. Set in New York City in 1990, “Tick, Tick…Boom!’s” powerful rock score and soaring melodies ring true in any generation.

•“Confessions of the Reverend Mother: A NUNSENSE Divinely Inspired Musical” features music and lyrics by Dan Goggin; from the book by Mary Kate O’Connell and Joey Bucheker; and is based on a character created by Dan Goggin. It will be staged Sept. 9-25, 2022. There is a shortage of Roman Catholic nuns and Reverend Mother, Sister Mary Regina LSOH, has been asked by Pope Francis for help. As a recruitment tool for the sisterhood, “The Rev” creates her own version of a “Ted Talk.” Sister M. Regina tells us how “Nun Life” has evolved over the years, and although still challenging, nuns are fun! She includes some zany, poignant stories and songs from the “Nunsense” shows to prove the point. “The pay isn’t great, but you get employment security, a home, spiritual satisfaction, and a free habit!” This production is presented in cooperation with Goggin and Concord Theatricals.

•“WICKET – A Parody Musical: The Untold Story of the Ewoks of Bright Tree Village” has book and lyrics by Travis Sharp; music and lyrics by Haddon Kime. It is on stage Feb. 3-19, 2023. “Wicket – A Parody Musical” does for “Star Wars” what “Wicked” did for “The Wizard of Oz”: It’s a loving homage and cutting parody combined. “Wicket” spotlights one of George Lucas’ most dubious creations – the fuzzy space teddy-bear Ewoks – to explore the love/hate relationship between creators and fans while calling Lucas to task alleged biases.

•“Romance/Romance,” with book and lyrics by Barry Harmon, and music by Keith Herrmann, runs April 14-23, 2023. Sex, love and money: What happens when you strike the wrong balance between these three? “Romance, Romance” is a comedic look at the many twists and turns of any romantic relationship. Through a madcap assortment of characters, a case of mistaken identity in Vienna, an illicit affair in the Hamptons, and a number of bloodthirsty insects, this charming two-part musical explores the secret ingredients of building a relationship that stands the test of time. Produced through special arrangements with Concord Theatricals.

Shea’s Buffalo Theatre was originally built as a “picture palace” by Michael Shea in 1925. Today, the Shea’s Performing Arts Center is comprised of three modern theaters in the heart of the Buffalo theateR district, bringing the best of live performance through touring productions and local collaborations to Western New York. The Shea’s Buffalo Theatre is the historic crown jewel of the Performing Arts Center and is one of the top touring theaters in the country with over 3,000 seats. It was designated a National Historic Site in 1975. Shea’s 710 Theatre is the latest space to be added to the campus. Once home to Studio Arena, this 625-seat thrust theater offers Broadway productions and plays produced by local and international theater companies. Shea’s Smith Theatre is a 200-seat black box theater and plays host to Off-Broadway productions, comedy, and collaborative productions with local theater companies.