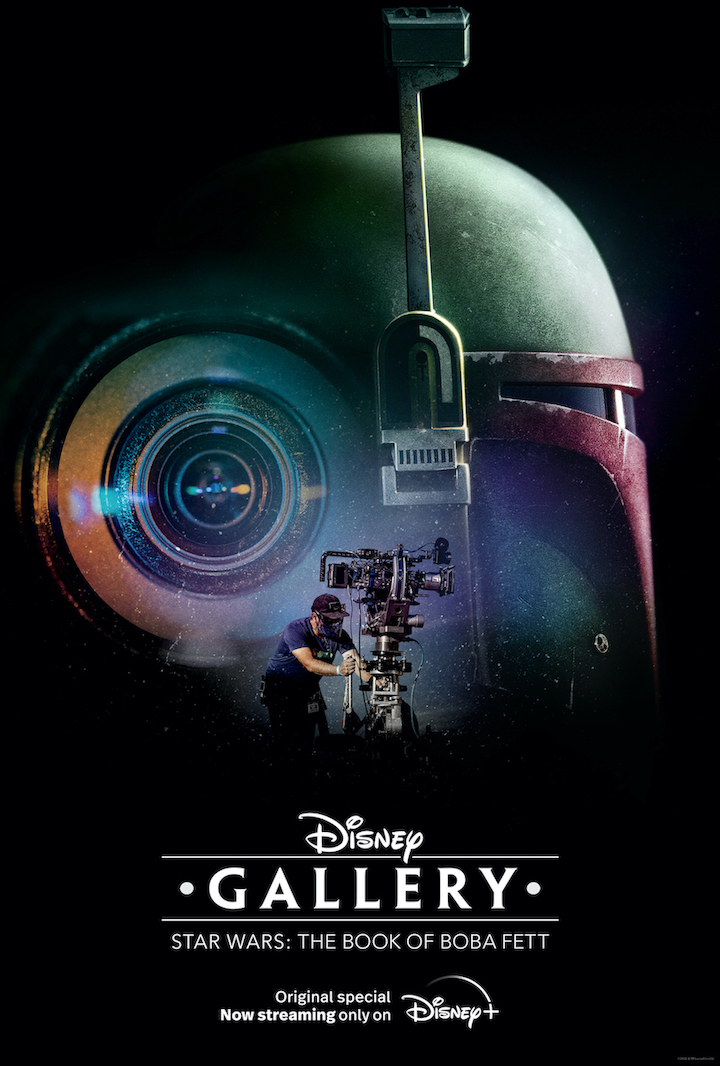 “Star Wars Day” is officially here, and Disney+ is joining in the celebration by showcasing two new exclusive series from Lucasfilm.

"Disney Gallery: The Book of Boba Fett" explores the behind-the-scenes story of the legendary bounty hunter’s return to the sands of Tatooine with mercenary Fennec Shand, who together seek to claim the territory and crime syndicate once run by the late Jabba the Hutt. In this insightful new special, filmmakers, cast and crew reveal never-before-seen footage, groundbreaking technology and the practical effects that brought it all to life.

Granted unparalleled access, Academy Award-nominated filmmaker Lawrence Kasdan takes viewers on an adventure behind the curtains of Industrial Light & Magic, the special visual effects, animation and virtual production division of Lucasfilm. Learn what inspired some of the most legendary filmmakers in Hollywood history, and follow their stories from their earliest personal films to bringing George Lucas’ vision to life. From Imagine Documentaries and Lucasfilm, and executive produced by Brian Grazer and Ron Howard, the six-part documentary series premieres exclusively on Disney+ July 27.

On Friday, May 27, attendees of “Star Wars Celebration” will be among the first in the world to get a sneak peek at “Light & Magic” with an “illuminating” discussion panel featuring Kasdan and Howard, joined by VFX titans Dennis Muren, Phil Tippett, Joe Johnston and Rose Duignan, and Lynwen Brennan, Lucasfilm executive vice president and general manager.

Following the new trailer and key art, which debuted this morning to kick off the fun, the “Star Wars Day” celebration will continue for “Obi-Wan Kenobi” with star Ewan McGregor making a guest appearance on “Jimmy Kimmel Live!” tonight. The “Obi-Wan Kenobi” limited series will premiere exclusively on Disney+ on Friday, May 27, with the first two episodes. Following the premiere, the series will stream weekly on Wednesdays, until the finale on Wednesday, June 22.